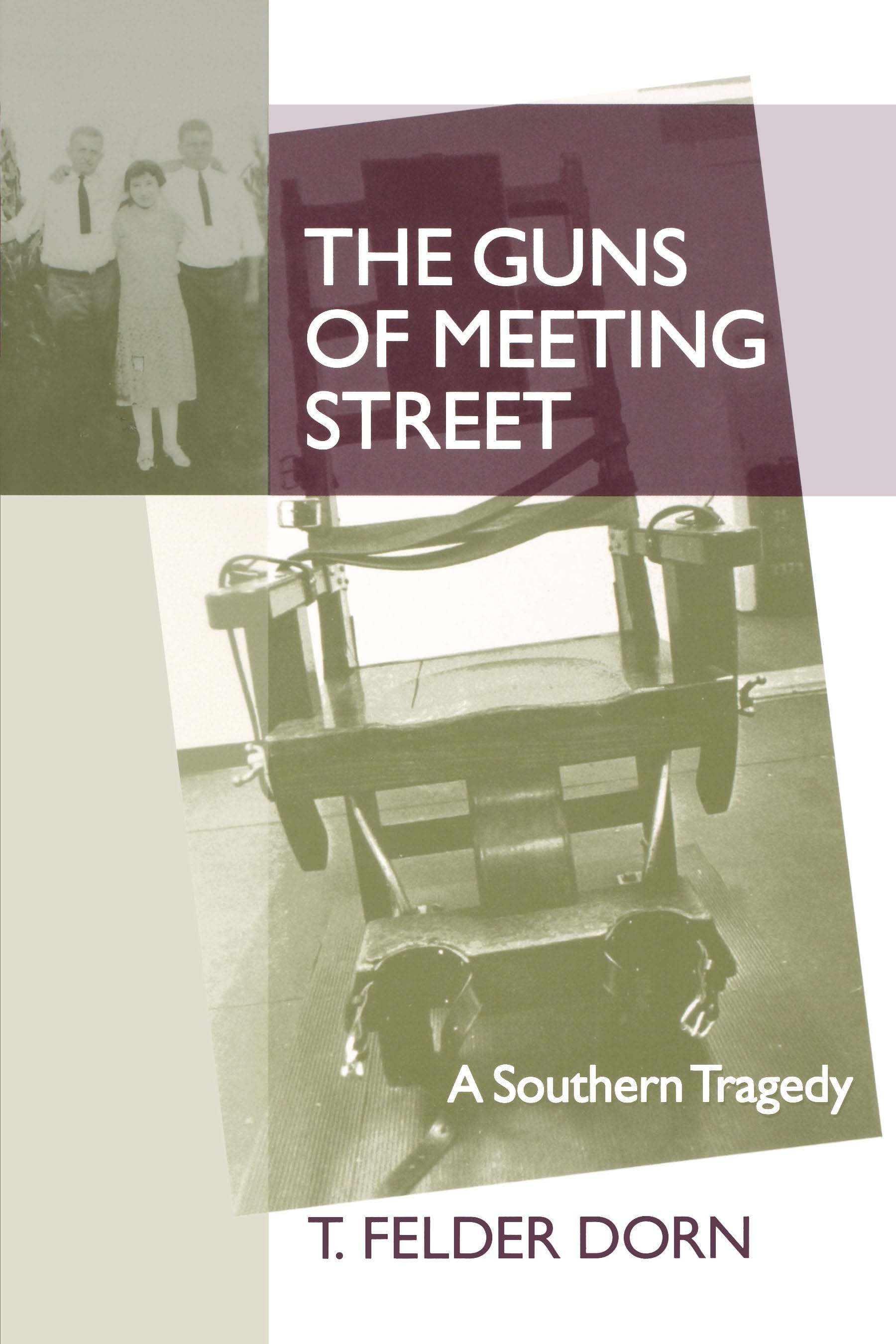 The Guns of Meeting Street

As compelling as fiction, The Guns of Meeting Street reconstructs a series of murders from the early 1940s that rocked rural Edgefield County, South Carolina. Featuring a cast of unlikely antagonists—a prominent store owner, an elementary school teacher, and a law enforcement officer—the acts of revenge resulted in five murders and a trio of executions, including that of the first woman to be electrocuted in South Carolina.

Through interviews with members of the two families involved, T. Felder Dorn probes the longstanding feud between the Logues and the Timmermans to uncover this chilling plot of resentment, revenge, and violence. Dorn's careful research weaves together the oral history of family members affected by the shooting with court transcripts, prisoner confessions, and coroners' reports to produce a truly gripping account of the events.

Although most of the deaths took place between 1940 and 1943, the roots of this tragedy can be traced back to killings that occurred in the Meeting Street community in the 1920s. The story climaxes on January 15, 1943, with the execution, within a single hour, of Sue Stidham Logue, George Logue, and Clarence Bagwell for the murder of Davis Timmerman. Dorn's saga concludes with the 1960 parole and rehabilitation of Joe Frank Logue Jr., the only one of Timmerman's killers to escape capital punishment.

Not for the faint of heart, The Guns of Meeting Street details the circumstances and motivations for the killings, the complexities of the court cases, and the involvement in the proceedings of South Carolina governors Richard Manning Jefferies, Olin D. Johnston, and J. Strom Thurmond.


A native of Bowman, South Carolina, T. Felder Dorn is dean emeritus of Kean University in Union, New Jersey, where he was an administrator and professor of chemistry for twenty-eight years. He is the author of The Tompkins School, 1925–1953: A Community Institution.

"If you have any interest in history or true crime, The Guns of Meeting Street is a winner."—Spartanburg Herald Journal

"Dorn's rigorously researched book unfolds in a clear, straightforward style that renders the events all the more disturbing."—The State

"Dorn's extremely impressive book has all the elements—is fascinating in its entirety. And for every reader who loves a good mystery, The Guns of Meeting Street is available to intrigue, inform, incite and excite. It'll never get a chance to gather dust on any bookshelf."—Union (N.J.) Leader