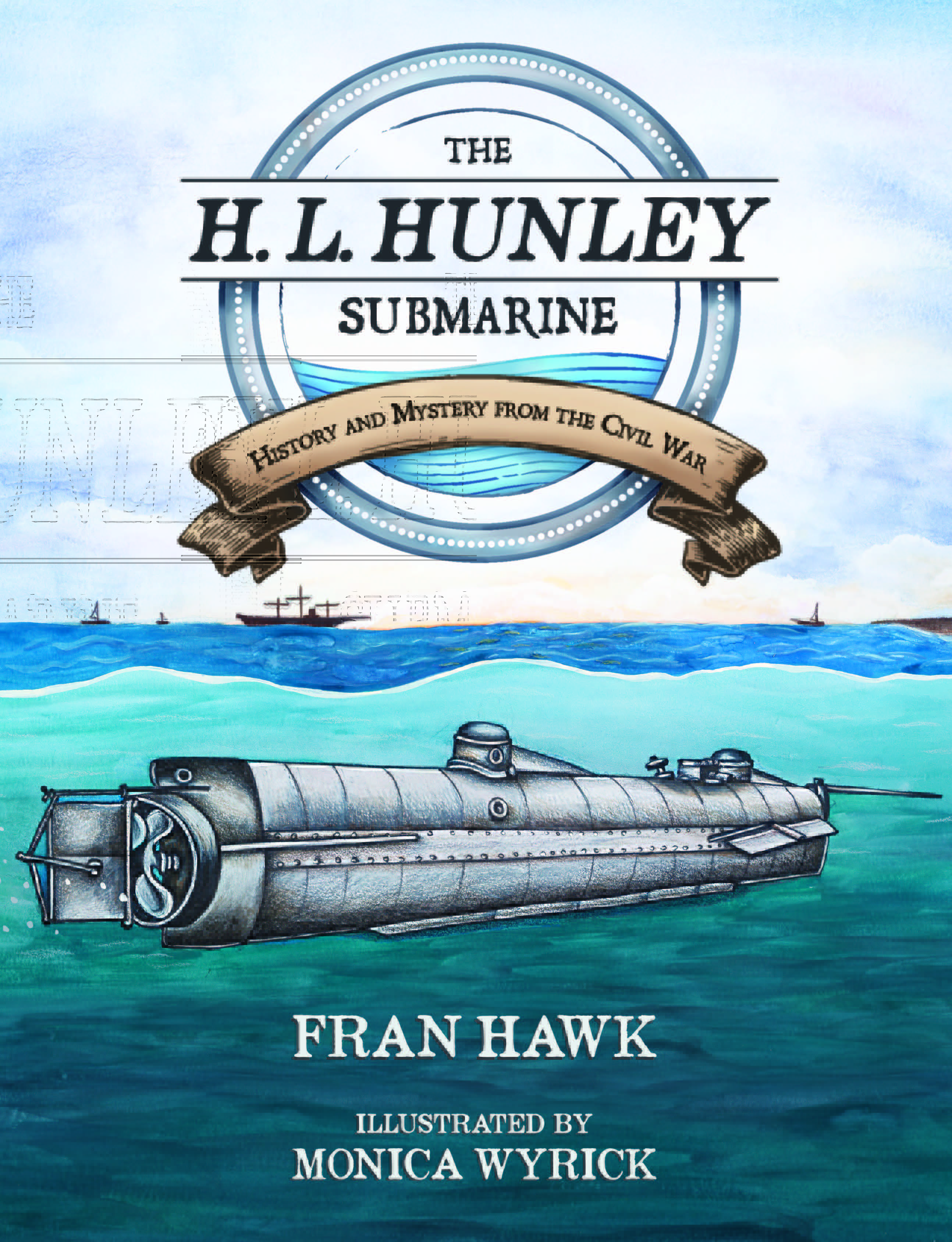 History and Mystery from the Civil War

The story of the H. L. Hunley submarine is about American ingenuity and real people who were inventive, loyal, brave, resilient, persistent, and adventurous. The Hunley, built by the Confederate Army during the Civil War, was the first submarine to sink an enemy ship during wartime. After that historic feat, the Hunley disappeared.

For more than a century, the fate and location of the Confederate submarine remained unknown. In The H. L. Hunley Submarine, Fran Hawk tells the exciting and compelling tale of how the "fish boat" was invented, how it underwent trials and tribulations in war, and how it got from the bottom of the ocean to its current resting place in the Warren Lasch Conservation Center in North Charleston, South Carolina.

Who invented the H. L. Hunley? How did it operate without an engine? How and why did it sink? What did researchers find when they investigated the submarine? Archaeologists and conservationists from all over the world have studied the historic vessel in search of answers. Which mysteries have they solved,and which mysteries remain for future generations to answer?


Fran Hawk is the author of Queenie's Coin, Ten Tips for Raising Readers, and Countdown to Fall. She worked as a school librarian for ten years while writing a weekly children's book-review column for the Charleston Post & Courier. Hawk later served as a librarian at a small alternative school for at-risk children. She has a bachelor's degree in English from Randolph College and a master's of library science from Vanderbilt University. She lives in Mount Pleasant, South Carolina, not far from where the Hunley crew lived and worked.

"In The H. L. Hunley Submarine, Fran Hawk paints a nuanced portrait of a complicated period in American history—a time when war and strife led to amazing invention. With style and enthusiasm, Hawk introduces folks of all ages to one of history's most tantalizing mysteries. This is a fun and educational trip beneath the waves."—Brian Hicks, author of Raising the Hunley

"This is a superb rendering of the tale of the H. L. Hunley. Kudos to Fran Hawk and USC Press for producing this wonderful history for young readers. If you are looking for a book to interest a child in South Carolina history, this should be on your list."—Walter Edgar, author of South Carolina: A History

"With The H. L. Hunley Submarine, Fran Hawk updates the amazing story of the H. L. Hunley for a new generation of readers, future historians, and scientists."—Kellen Correia, executive director, Friends of the Hunley

"Fran's book is a great little 'lost and found' story of one of history's most intriguing mysteries, written for young readers. It is factual and straightforward and can lead them to continue investigating, learning, and enjoying both for a lifetime."—Ralph Wilbanks, marine archaeologist known for discovering the H. L. Hunley