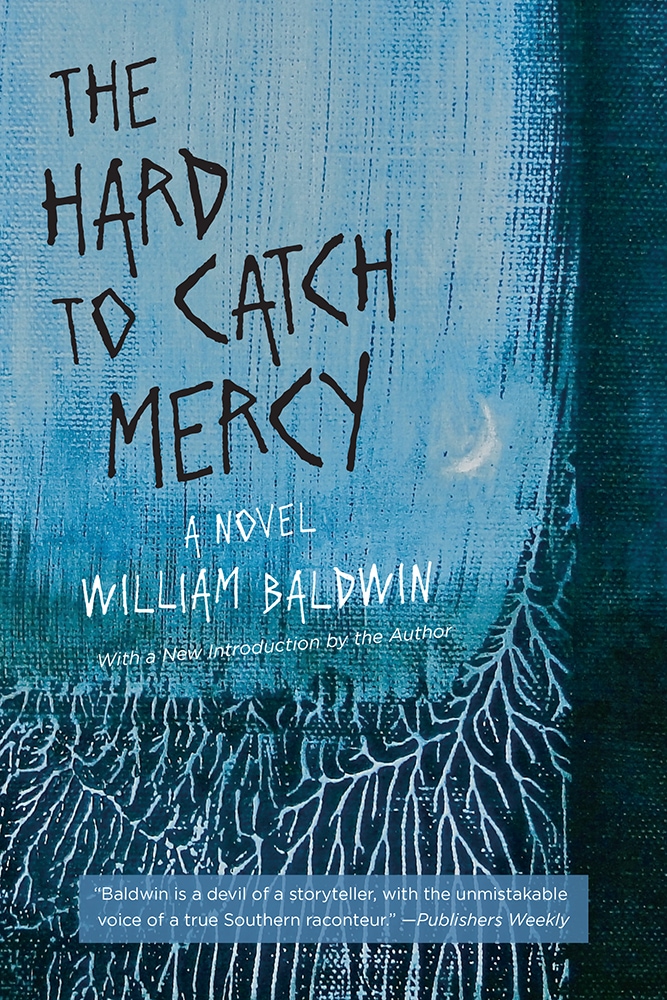 The Hard to Catch Mercy

From lowcountry writer William Baldwin comes a new edition of his 1993 Lillian Smith Award-winning novel, The Hard to Catch Mercy. Including a new introduction by the author, this Southern Revivals edition makes available once more a story that touches on the issues of religion, race, and coming-of-age in the post-Civil War South, when the lines between these issues were not always clear. Set in fictional Cedar Point, a small southern community in the early 1900s, The Hard to Catch Mercy is told through the eyes of a young boy, Willie T., who is forced to confront the changing world around him. Including a cast of incredibly outlandish characters, Baldwin's novel is a wild, darkly comic tale rich with trick mules, Christian voodoo, fire, brimstone, first love, death, and the end of the world as Willie T. knows it.

William Baldwin, a lifelong resident of the South Carolina lowcountry, has been a builder, shrimper, oysterman, teacher, historian, poet, biographer, and novelist. He is the author of numerous works of fiction and nonfiction, most recently The Unpainted South: Carolina's Vanishing World—a collection of songs, photographs, and poems—and the novel Charles Town.

"All readers of Southern fiction will enjoy this one."—Library Journal

"Southern story-telling at its best."—Richmond Times-Dispatch

"A work of art."—Raleigh News & Observer

"[A] funny, sad, gentle, violent story . . . The adventures of Willie T. are so exciting a reader can scarcely get from page to page fast enough."—Detroit Free Press

"A fine large-scale send up of the Great Southern Novel."—New York Times

"Baldwin is a devil of a storyteller, with the unmistakable voice of a true Southern raconteur."—Publishers Weekly

"An epic tale of southern myth, mystery and mayhem. . . . If our stories are our true wealth, Willie T. is the richest boy ever born. . . . Baldwin pokes us in the ribs [and] seeps into our heart. . . . The Hard to Catch Mercy slides from your eyes to your mouth, begging to be read aloud."—Indianapolis News

"A compelling tale. . . . Baldwin's work is a worthy addition to the proud line of modern Southern literature that arose with Faulkne"—Virginian-Pilot/Ledger Star