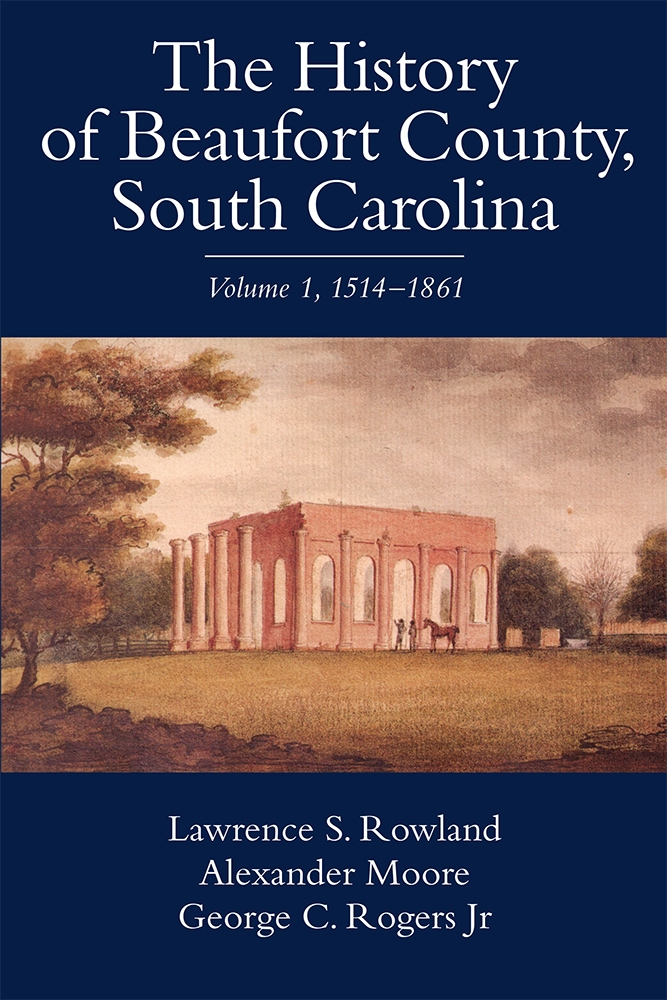 In the first volume of The History of Beaufort County, South Carolina, three distinguished historians of the Palmetto State recount more than three centuries of Spanish and French exploration, English and Huguenot agriculture, and African slave labor as they trace the history of one of North America's oldest European settlements. From the sixteenth-century forays of the Spaniards to the invasion of Union forces in 1861, Lawrence S. Rowland, Alexander Moore, and George C. Rogers, Jr., chronicle the settlement and development of the geographical region comprised of what is now Beaufort, Jasper, Hampton, and part of Allendale counties.

The authors describe the ill-fated attempts of the Spanish and French to settle the Port Royal Sound area and the arrival of the British in 1663, which established the Beaufort District as the southern frontier of English North America. They tell of the region's bloody Indian Wars, participation in the American Revolution, and golden age of prosperity and influence following the introduction of Sea Island cotton.

In charting the approach of civil war, Rowland, Moore, and Rogers relate Beaufort District's decisive role in the Nullification Crisis and in the cultivation, by some of the district's native sons, of South Carolina's secessionist movement. Of particular interest, they profile the local African American, or Gullah, population - a community that has become well known for the retention of its African cultural and linguistic heritage.


Lawrence S. Rowland is professor of history at the University of South Carolina at Beaufort and past president of the South Carolina Historical Society.

Alexander Moore is the former executive director of the South Carolina Historical Society and author of several publications on South Carolina history.

The late George C. Rogers, Jr., was professor emeritus of history at the University of South Carolina and author of many books about South Carolina history, including Charleston in the Age of the Pinckneys and The History of Georgetown County, South Carolina.