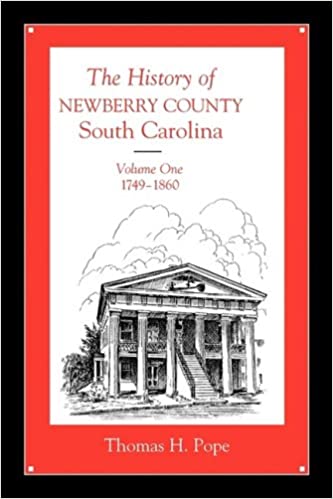 The South Carolina upcountry was truly the frontier in the mid-eighteenth century, and it remained so until after the Cherokee War. The state's old Ninety Six District, which included the entire area above the fall line to the colony boundary line and between the Savannah and Broad rivers, was sufficiently settled by the time of the Revolution to suffer more from partisan warfare than any other section of America. The Act of 1785 divided this huge territory into six counties, including Newberry, which was unique for its large Quaker and German settlements and it diversified economy. Unfortunately the introduction of the cotton gin reduced the number of farms, ruined the soil, and created a slave economy in which a shrinking white minority accounted for only one-third of the population in 1860.

This volume describes the settlement of the area, the establishment of its economy, emigration from the district, the effects of slavery, and the development of this relatively small county into one of South Carolina's leading upcountry districts.

A native of Newberry County, Thomas H. Pope (1913–1999) was a respected lawyer, judge, legislator, and historian. A former speaker of the South Carolina House of Representatives and former member of the Archives and History Commission, Pope was president of the Newberry County Historical Society.