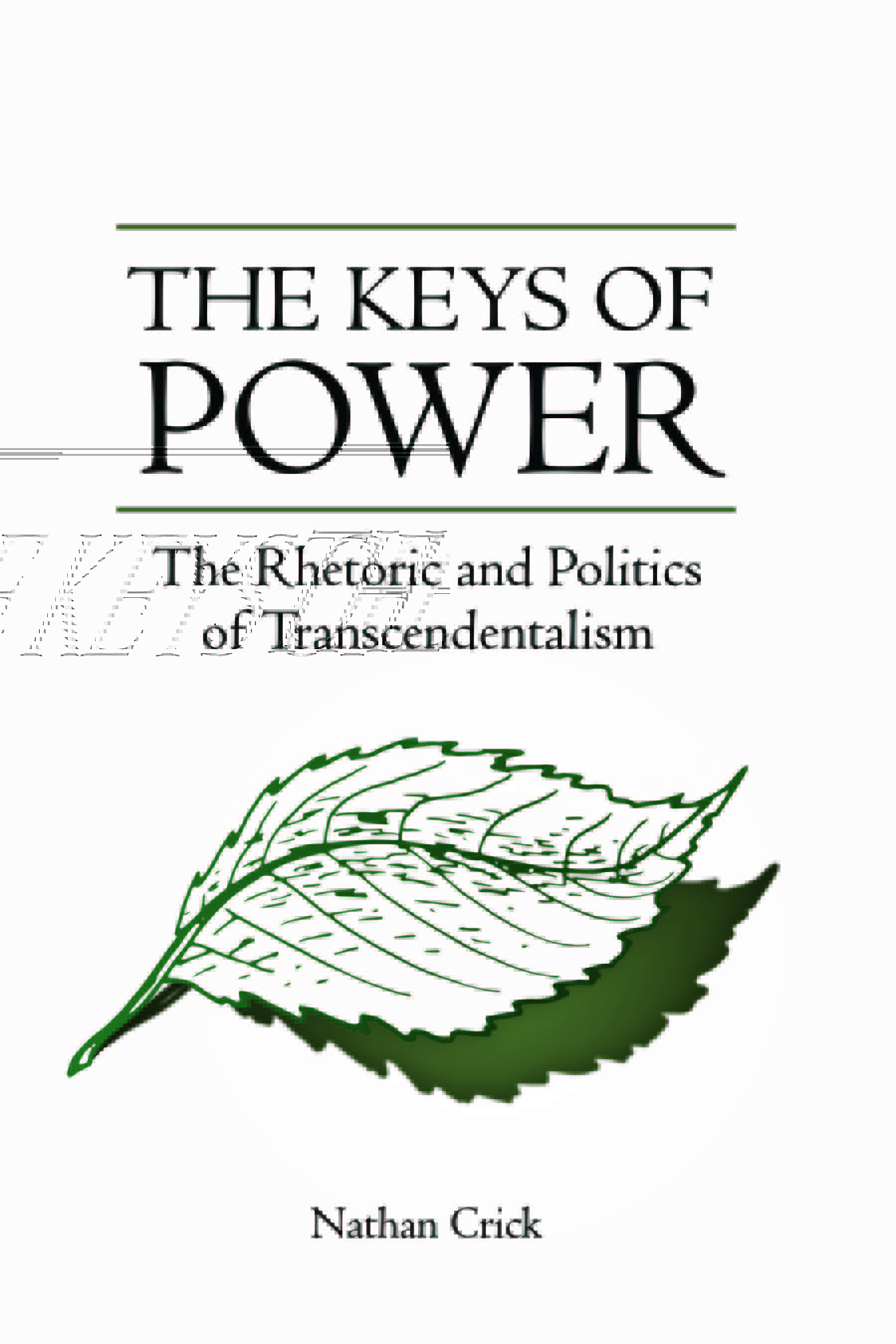 The Keys of Power

The Rhetoric and Politics of Transcendentalism

Nathan Crick has crafted a new critical rhetorical history of American Transcendentalists that interprets a selection of their major works between the years 1821 and 1852 as political and ethical responses to the growing crises of their times. In The Keys of Power, Crick argues that one of the most enduring legacies of the Transcendentalist movement is the multifaceted understanding of transcendental eloquence as a distinct rhetorical genre concerned primarily and self-consciously with questions of power.

Crick examines the Transcendentalist understanding of how power is constituted in both th self and in society, conceptualizing the relationships among technology, nature, language, and identity, critiquing the ethical responsibilities to oneself, the other, and the state, and defining and ultimately praising the unique role that art, action, persuasion, and ideas have in the transformation of the structure of political culture over historical time.

What is offered hereis not a comprehensive genealogy of ideas, a series of individual biographies, or an effort at conceptual generalization,but instead an exercise in narrative rhetorical theory and criticism that interprets some of the major specific writings and speeches by men and women associated with the Transcendentalist movement—Sampson Reed, Amos BronsonAlcott, Orestes Brownson, Ralph Waldo Emerson, Margaret Fuller, Henry David Thoreau, and Frederick Douglass—by placing them within a specific political and social history. Rather than attempting to provide comprehensive overviews of the life and work of each of these individuals, this volume presents close readings of individual texts that bring to life their rhetorical character in reaction to particular exigencies while addressing audiences of a unique moment. This rhetoric of Transcendentalism provides insights into the "keys of power"—that is, the means of persuasion for our modern era—that remain vital tools for individuals seeking to reconcile power and virtue in their struggle to make manifest a higher ideal in the world.


Nathan Crick is a professor in the Communication Department at Texas A&M University. He is the author of Rhetoric and Power: The Drama of Classical Greece, Democracy and Rhetoric: John Dewey on the Arts of Becoming, both published by the University of South Carolina Press, and Rhetorical Public Speaking: Civic Engagement in the Digital Age.

"This is a brilliant and beautifully written book. It is also a muscular book that engages, grapples with, and overthrows the dominant idea that Transcendentalism was the dying gasp of a displaced group of New England literati rudely eclipsed by a new materialist group of industrialists and entrepreneurs. With great intellectual daring, Nathan Crick smashes utterly the image of Emerson and his cadre as an effete group alarmed and threatened by social change. He challenges the traditional concept of power as a unified system of the control of resources with the rhetorical power of the Transcendentalist, a power of moral authority directed toward ends. In highlighting the struggle between institutional control and personal moral authority, Transcendentalism has left its claw marks on the American character."—Andrew King, professor emeritus, Louisiana State University

"Crick's book is the best study on Transcendentalists that we have. By situating a series of six defining voices in the specific context of complex changes in communication, transportation, and market revolutions, Crick is able to explain how they developed new arts of living for both the individual and the collective. He tells this tale in a vigorous writing style that often realizes for our day a scholarly brand of the eloquence he studies. And the chapter on Emerson is the single best study of his writing I have seen."—Frederick J. Antczak, dean, College of Liberal Arts and Sciences, Grand Valley State University

"In The Keys of Power, Nathan Crick extends Burke's insights to the larger social contexts of Transcendentalism and considerably deepens our understanding of its rhetorical interests in the material, yet no less mysterious, act of communication."—Rhetoric & Public Affairs