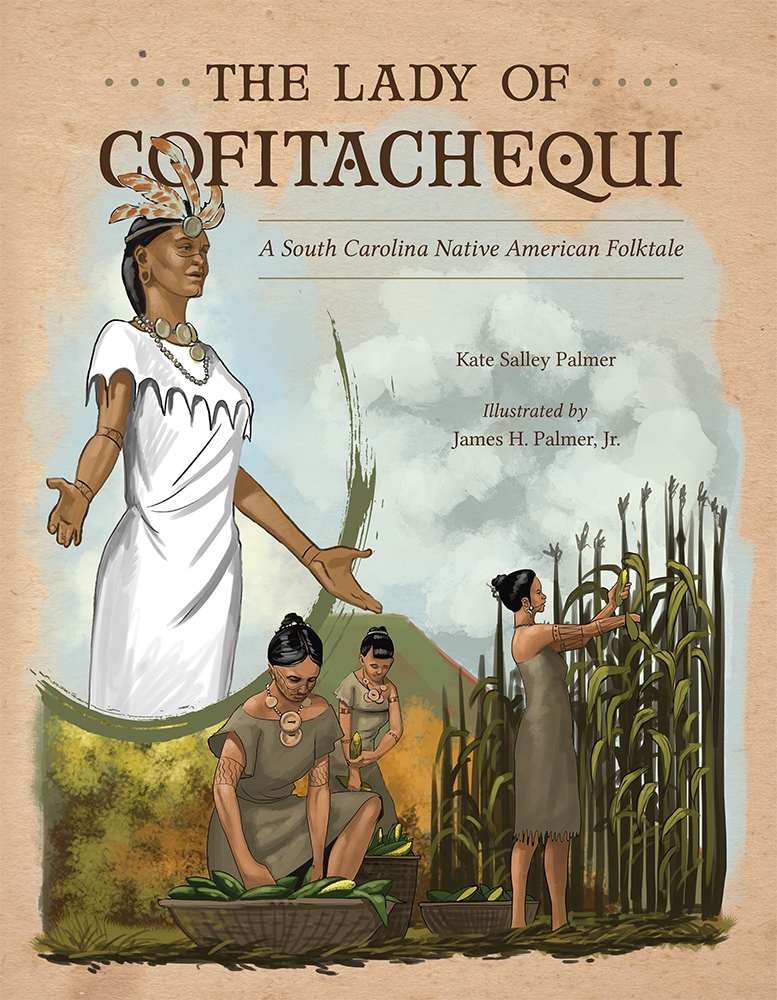 More than 500 years ago, a tribe of Native Americans lived peacefully next to a river in an area called Cofitachequi, near what is now Camden, South Carolina. A kind and generous woman, who was a member of the Otter Clan, ruled this tribe. She became known as the Lady of Cofitachequi. All the people of the tribe and animals in the area loved the Lady.

An adoring otter tells this true historical account of what happened to the Lady and her kin when Spanish explorers led by Hernando de Soto came looking for gold and silver. De Soto demanded that the tribe hand over precious metals and gems, but all the people had to offer were freshwater pearls and copper. In anger de Soto ordered his army to loot the temples and take all the food. Before leaving, they took the Lady captive and forced her to go with them. Otter watched with tears in his eyes as the Lady was taken away.

Where did the Lady of Cofitachequi go, and would Otter and the people of the town ever see her again?


Kate Salley Palmer became South Carolina's first full-time newspaper editorial cartoonist when she joined the Greenville News in 1975. Her editorial cartoons became nationally syndicated and received the Freedoms Foundation's George Washington Honor Medal for editorial cartooning. Palmer is the author and illustrator of more than thirty children's books. She and her husband own the Warbranch Press, Inc.

"This Native American folktale is the story of the Lady of Cofitachequi and her struggles with Hernando De Soto. It is lovingly told from the perspective of the otter who adores the Lady of Cofitachequi. Children will gravitate to Kate Palmer's expressive storytelling and James Palmer's rich, vibrant illustrations."—Melinda Long, New York Times bestselling author

"With its arresting and detailed illustrations, The Lady of Cofitachequi both entertains and educates about the lives of the earliest South Carolinians and their often unfortunate encounters with European explorers. As seen through the eyes of a young river otter, the story of the Lady of the Otter Clan is embellished with details about Native American customs and village life. Fortunately, this story has a happy ending for the Lady and her animal friends."—Kathryn Smith, author of The Gatekeeper

"In this enchanting South Carolina Native American folktale, Kate Salley Palmer and James H. Palmer, Jr. deliver captivating historical details and mesmerizing illustrations. The Lady of Cofitachequi is a stunning folktale connecting readers to the resilient beauty of our native and natural South Carolina people and land. It is a bountiful picture book to be treasured for all time."—Lisa Anne Cullen, author and illustrator of Three Wild Pigs