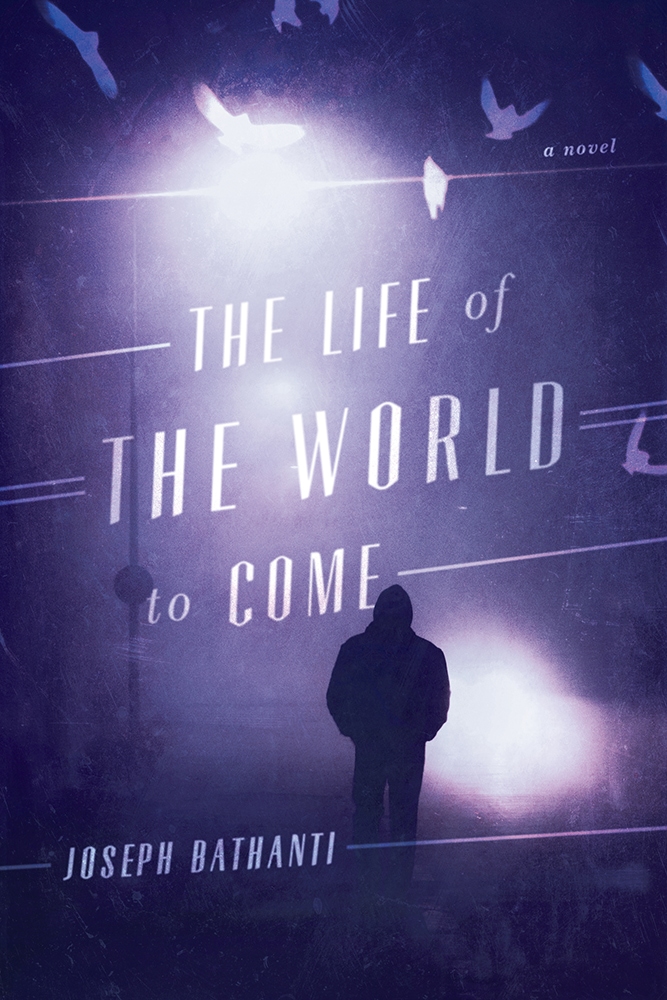 The Life of the World to Come

In a weaving together of contradictory realms—past and present, rustbelt city and rural/urban South, old-world Catholicism and backwoods Protestantism—Joseph Bathanti draws readers into the 1970s as protagonist George Dolce faces major upheaval in The Life of the World to Come.

George aspires to leave his blue collar, Catholic neighborhood of East Liberty in Pittsburgh. He is on the cusp of graduation from college and headed for law school when he becomes entangled in a local gambling ring. After his father gets laid off at the steel mill, George dramatically increases his wagering to help his parents with finances. What's more, he allows his boss at his real job and love interest's father, a pharmacist named Phil Rosechild, to place bets through him with the gambling ring's volatile kingpin.

As his parents' financial situation deteriorates, George delves deeper into gambling, and he even goes so far as to set up Phil by using the pharmacist's unschooled and ever-growing betting practices to his own end—cheating the father of the woman he loves. When Phil welches on a large bet that George has placed for him, George finds himself in life-threatening trouble and must abandon his law school dreams. He robs the pharmacy, steals the delivery car, and flees south.

After his stolen car breaks down in Queen, North Carolina, he meets a young, mysterious woman known as Crow. The two form a bond and eventually take to the road in an attempt to reconcile their harrowing, often surreal destiny and to escape George's inevitable punishment.


Joseph Bathanti, born and raised in Pittsburgh, is a professor of creative writing at Appalachian State University, as well as the poet laureate of North Carolina. He is the author of eight books of poetry and two novels, among other works. His most recent novel, Coventry, won the 2006 Novello Literary Award, and his 2014 collection of personal essays, Half of What I Say Is Meaningless, earned the 2012 Will D. Campbell Award for Creative Nonfiction.

"This is vivid, purposeful fiction, quality work by a writer with admirable command of his craft."—The Post and Courier (Bill Thompson)

"What happens when a good boy goes bad? Writer Joseph Bathanti grabs you by the collar and won't let go, hustling you down dark streets and into deep alleys beneath your own safe worldit's life on the lam told in gutsy poetic language plus a plot that never slows down. This is one of the most vivid novels I have ever read."—Lee Smith, New York Times best-selling author of The Last Girls

"This mesmerizing, haunting, exciting, harrowing, and ultimately uplifting novel is, first and foremost, about sin and its wages. Yes, there is love and lust and responsibility and filial piety, but Joseph Bathanti is a storyteller, in the old manner, who weaves a tale both Shakespearean and contemporary. His George Dolce easily takes his place alongside those great American characters who are well-meaning, yet self-deluded and self-corrupting. And like those troubled souls we find in Philip Roth and Saul Bellow and Ralph Ellison and Theodore Dreiser, redemption is down the road, somewhere, some day. George Bolce's voice is classic, compelling and true, and makes you care about him and his fouled-up life. The Life of the World to Come succeeds brilliantly."—Randall Kenan, author of A Visitation of Spirits

"A vivid coming of age story told with blazing intelligence and prose you can chomp on. Bathanti's love of words and storytelling is evident in every sentence."—Hillary Jordan, author of Mudbound

"I have admired Joseph Bathanti's poetry and fiction for decades, and this new novel is a beautiful merger of his poetic facility for language and his novelistic talent to create a compelling narrative. The Life of the World to Come is an exceptional book."—Ron Rash, author of Above the Waterfall

"Written with strength, humor and a blazing intelligence, The Life of the World to Come is a novel to savor and remember."—Willard Manus, Lively-arts.com