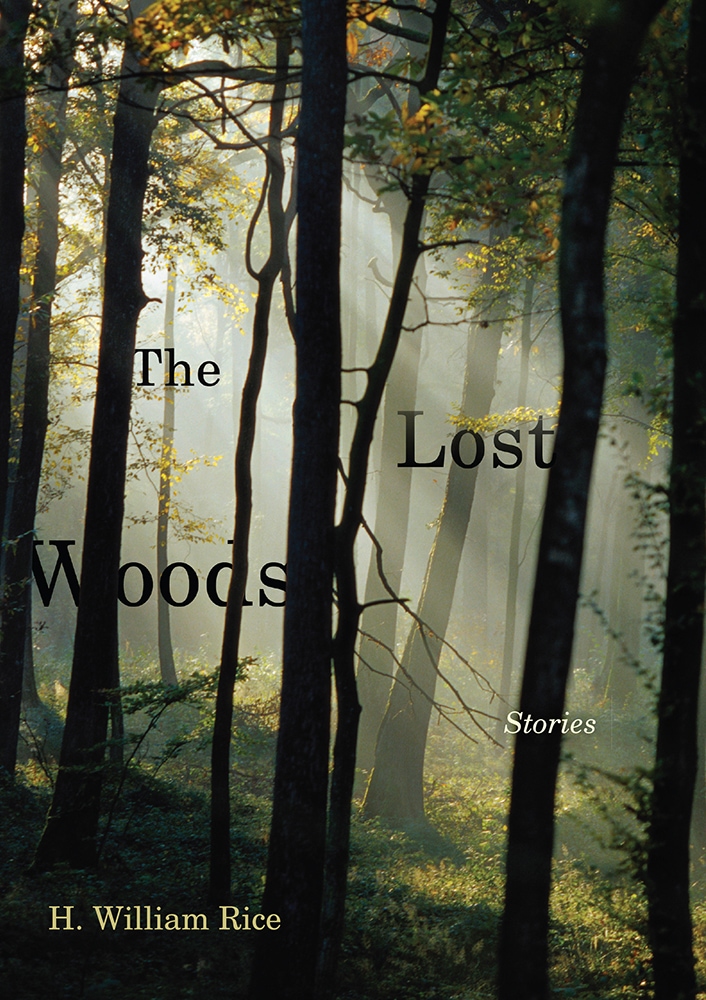 The Lost Woods is a collection of fifteen short stories, most of them set in and around the fictional small town of Sledge, South Carolina. The events narrated in the stories begin in the 1930s and continue to the present day. The stories aren't accounts of hunting methods or legends of trophy kills—they are serious stories about hunting that are similar in style to William Faulkner's Go Down, Moses. The collection traces the evolution of two families—the Whites and the Chapmans—as well as the changes in hunting and land use of the past eighty years.

Some of these stories are narrated in third person; others are told by a wide range of characters, from grown men and women to children, but only from one perspective—that of the hunter. As they walk the woods in search of turkeys, deer, or raccoons, these characters seek something more than food. They seek a lost connection to some part of themselves. The title "the lost woods" is adapted from Cherokee myths and stories wherein people must return again and again to the woods to find animals that were lost. Thereby, we find not only food, but who we are.

Through these stories Rice reminds us that hunting is inextricably entwined with identity. As one of the oldest rituals that we as a species know, it reflects both our nobility and our depravity. Through it we return again and again to find the lost woods inside ourselves.


H. William Rice is the chair of the English Department at Kennesaw State University. An avid outdoorsman, he has written stories about hunting and fishing that have appeared in a number of publications, including Gray's Sporting Journal and Sporting Classics. He is the author of two books and many essays on an array of subjects. The Lost Woods is his first work of fiction.

"The author, a college professor and an outdoorsman himself, knows his subject and each character, each quarry and each era come through with a high degree of veracity. Southerners connected to the land will know many of these stories from their own life, even the ones Rice sets in our own era."—Charleston Mercury Magazine (Robert Salvo)

"Few works of outdoor writing delve as deeply into the human condition's murkiness and mess with such a crisp yet comfortable voice-which will surely contribute to The Lost Woods' longevity."—Sporting Classics Daily (JR Sullivan)

"Rice's satisfying debut collection of 15 short stories, thematically bound by the sport of game hunting, features well-written, smartly paced, entertaining yarns. They begin in 1936 with The Deer Hunt, in which teenage Jacob White embarks on a memorable scouting expedition with his part-Cherokee grandfather, and, a few years later, by now in love with the pregnant Rachel Chapman, leaves to fight in Europe. Most of the stories feature characters from the White and Chapman families, residing in the fictional hill country town of Sledge, S.C. Stalking Glory and The General are both replete with easy-natured male humor; the latter is about the eponymous rabbit dog owned by Rev. Eddie Chapman, who regards his prodigious hound as an agent of the Lord. As a change of venue, Call Me Bubba is set near Mobile, Ala., where Elvin Chapman works as a dove hunters' guide and handles snobbish lawyer clients, when not pleasing overzealous game wardens. Rounding out Rice's enjoyable collection is Gobble, Gobble, in which Lauren Chapman Jones continues her family's turkey-hunting tradition, despite their dwindling land holdings and the encroachment of suburbia."—Publishers Weekly

"With rich description, spare narrative, and memorable characters fully realized on the page, Rice carves his own niche in a literary territory we can only hope never wears out."—Christopher Camuto, Gray's Sporting Journal

"Our oldest stories are of the hunt—for meat and fish, for sustenance both material and spiritual. Passed down from parent to child, these stories define and bind families over generations. In The Lost Woods, H. William Rice tells them with remarkable resonance and grace."—James R. Babb, editor, Gray's Sporting Journal

"Throw Faulkner, Hemingway and Ruark in a croaker sack, shake hell out of it, tump it over and H. William Rice might fall out. He's that good. The Lost Woods is a red-clay epic, generations bound by heart and blood to a hardscrabble farm at the foot of the Appalachians."—Roger Pinckney, author of Reefer Moon, Blow the Man Down, and The Right Side of the River

"This is the kind of storytelling that is all but lost in this world of post-modernism. With echoes of Mark Twain, James Street, and Ring Lardner, the tales of The Lost Woods are as literary as they are enjoyable. They explore the hunter's relationship with the animals he hunts, but even more so, Rice tells of memorable relationships between the hunter and his dogs and with the human society he lives in—grandfathers and grandsons, fathers and sons, men and women. By turns, the stories are folksy, realistic, comedic, and inevitably, elegiac as Rice's characters lament the loss of woods and the hunter's way of life to urbanization. Not a hunter, myself, I was surprised at how fully these richly imagined stories engaged me. They are stories that will last."—Anthony Grooms, author of Trouble No More and Bombingham

"Every story seems an elegy for an elemental truth, some lost, some eternal, that cannot be denied. Readers of Southern fiction should snap it up."—Gary Presley, Foreword Reviews