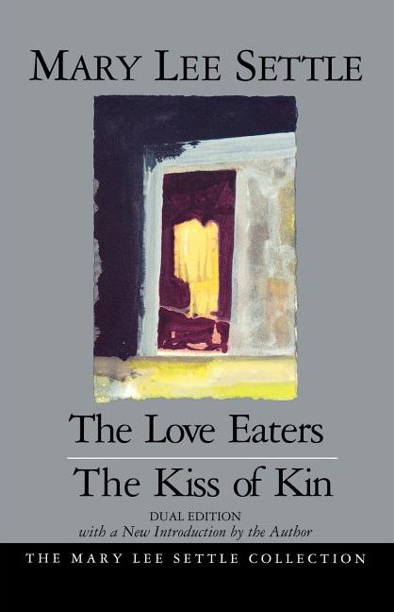 The Love Eaters and the Kiss of Kin, dual edition

The novel that launched Settle's outstanding career, The Love Eaters is an acid satire of bedroom and community tragedy. A wealthy, small-town theatrical group finds itself at the direction of a wheelchair-bound man whose designs extend beyond the stage. As he begins to lose control, so do his players, revealing appetites they scarcely knew that had.

The Kiss of Kin, Settle's second and highly acclaimed novel, centers on the funeral, and last testament of Anna Mary Passmore. Drawn back to the Soutern homeplace, members of the Passmore clan—all of whom nurse visions that the matriarch's bequests will solve their problems—grapple with the various ties that bind them and with the disturbing appearance of an unexpected heir.

Pulbished together for the first time, these novels offer compelling tales as well as a sample of Settle's early writing.


Mary Lee Settle's major work is The Beulah Quintet, and her Blood Tie was the winner of the National Book Award. Settle has received an Award for Literature from the American Academy and Institute of Arts and Letters, and awards from the Southern Regional Council, the Guggenheim Foundation, and the Merrill Foundation. She is the founder of the PEN/Faulkner Award for Fiction. The author, most recently, of Choices, Settle's backlist is published with new introductions by the author by the University of South Carolina Press. She lives in Charlottesville, Virginia.