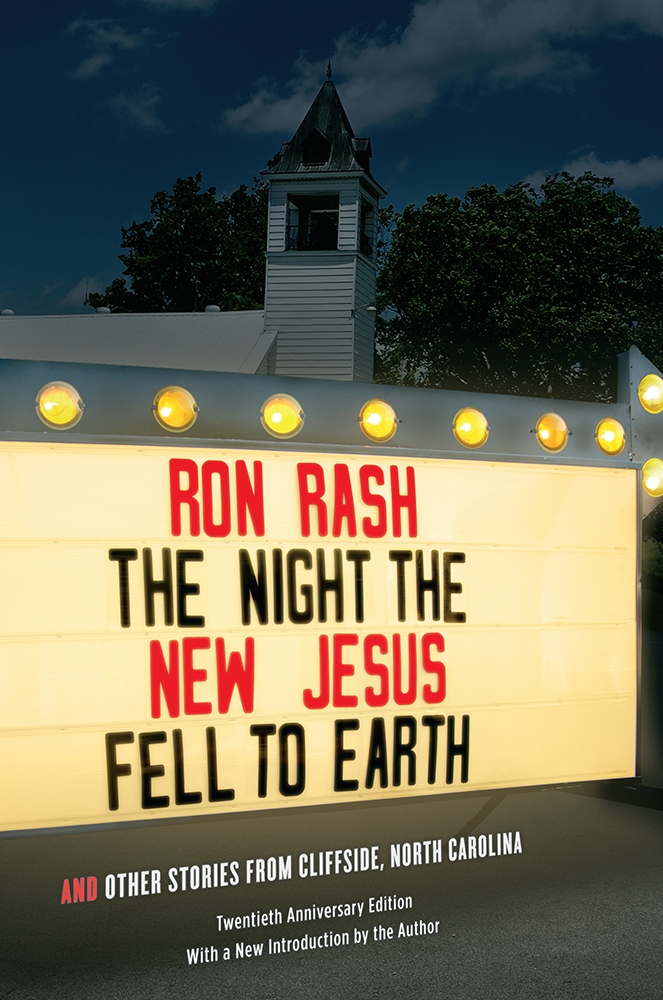 The Night the New Jesus Fell to Earth

And Other Stories from Cliffside, North Carolina

The Night the New Jesus Fell to Earth was originally released in 1994 and was the first published book from acclaimed writer Ron Rash. This twentieth anniversary edition takes us back to where it all began with ten linked short stories, framed like a novel, introducing us to a trio of memorable narrators—Tracy, Randy, and Vincent—making their way against the hardscrabble backdrop of the North Carolina foothills. With a comedic touch that may surprise readers familiar only with Rash's later, darker fiction, these earnest tales reveal the hard lessons of good whiskey, bad marriages, weak foundations, familial legacies, questionable religious observances, and the dubious merits of possum breeding, as well as the hard-won reconciliations with self, others, and home that can only be garnered in good time. The Night the New Jesus Fell to Earth shows us the promising beginnings of a master storyteller honing his craft and contributing from the start to the fine traditions of southern fiction and lore. This Southern Revivals edition includes a new introduction from the author and a contextualizing preface from series editor Robert H. Brinkmeyer, director of the University of South Carolina Institute for Southern Studies.

Ron Rash is the John Parris Chair in Appalachian Studies at Western Carolina University and the author of six novels (most recently Above the Waterfall), four other collections of short stories, and four collections of poetry. Rash is the winner of the Frank O'Connor International Short Story Award, the Sherwood Anderson Prize, the James Still Award of the Fellowship of Southern Writers, the Weatherford Award for Best Novel, and the Fiction Book of the Year Award of the Southern Book Critics Circle. He is a two-time finalist for the PEN/Faulkner Prize and twice winner of the O. Henry Prize.

"Rash has given us real writing and real stories, the kinds of tales we hear and repeat, and which return to us in our sleeping and waking dreams."—Creative Loafing

"This book of stories, shaped like a novel, is an impressive debut, both humorous and insightful. Ron Rash has the eye and ear of a very fine storyteller."—Clyde Edgerton