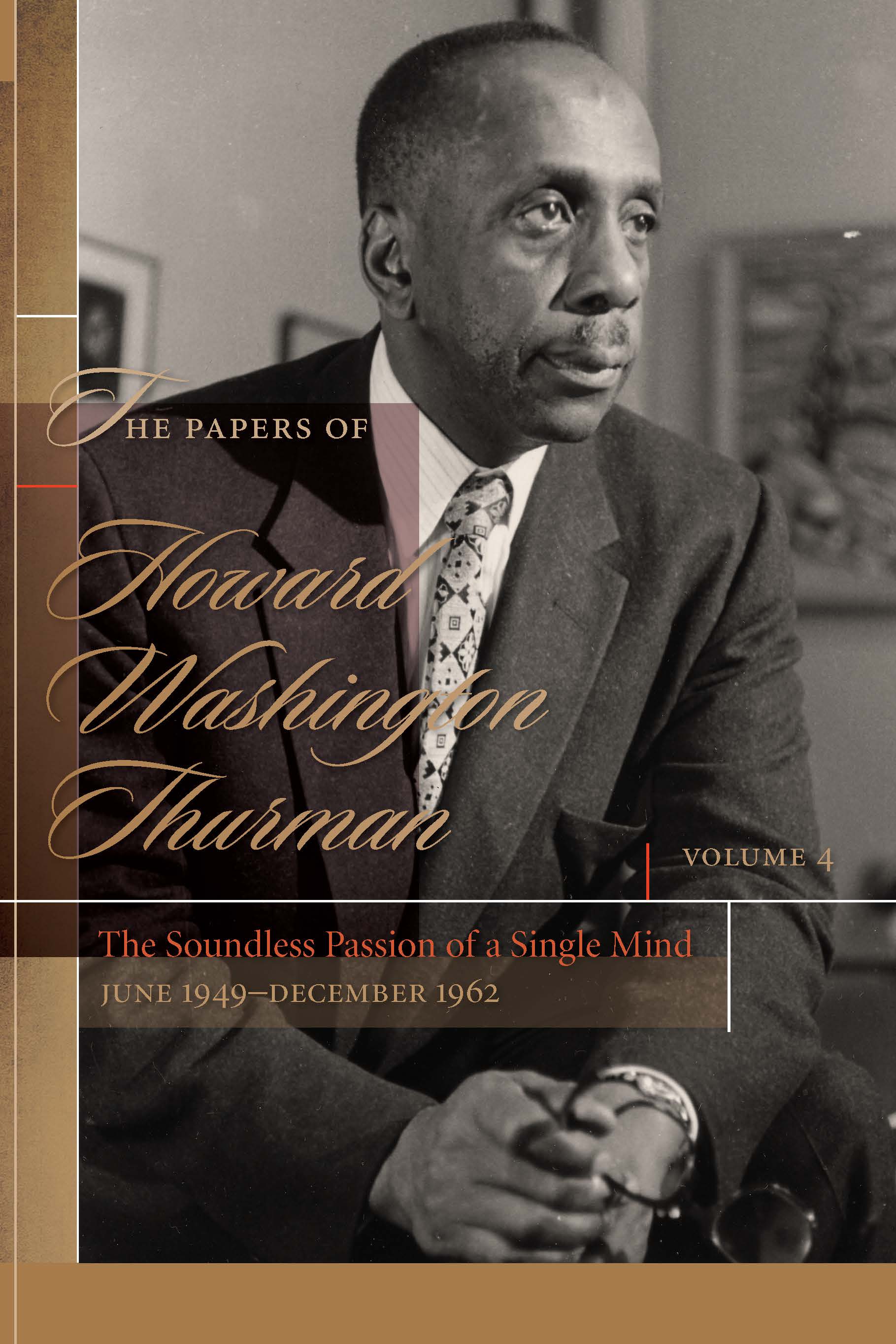 The Papers of Howard Washington Thurman is a multivolume, chronologically arranged documentary edition spanning the long and productive career of the Reverend Howard Thurman, one of the most significant leaders in the intellectual and religious life of the United States in the mid-twentieth century. The first to lead a delegation of African Americans to meet with Mahatma Gandhi in 1936, Thurman later became one of the principal architects of the modern nonviolent civil rights movement and a key mentor to Dr. Martin Luther King, Jr., and others involved in the movement. In 1953 Life magazine named Thurman one of the twelve greatest preachers of the century.

During his time at Boston University, Thurman tirelessly advocated for dialogue and understanding between faiths. Although charged with serving the university's Protestant community, Thurman preferred to pursue a broader ministry. He sought to use his status as dean of the chapel to bring people together, always acting out of a profound belief that no religion holds a monopoly on truth or holiness. Thurman sought to make Marsh Chapel a place where Protestants, Catholics, Jews, and all others could learn from each other as they shared a universal search for meaning and purpose, each drawing strength and insights from his or her own religious tradition. He sought to make the university a place where people who had found safety and comfort in "keeping to their own" would come to understand that intellectual, spiritual, and ethical progress can take place only when barriers between groups are broken down. His vision of interreligious cooperation is as timely as ever, as people of many faiths work to build bridges of understanding and hope to carry us through the challenges of the twenty-first century.

"Howard Thurman is one of America's most creative religious thinkers. This volume covers his life and thought during the beginning of the Civil Rights Movement, co-pastor of Fellowship Church (San Francisco) and dean of Marsh Chapel, Boston University. It is a must read for pastors, seminary and university professors, and students."—James H. Cone, Union Theological Seminary

"Like the previous volumes, The Soundless Passion of a Single Mind is a marvelous treasure trove for those seeking to know more about the events and passions that fueled the man of such spiritual classics as The Inward Journey. In this fine volume, Walter Earl Fluker reveals the inner world of Thurman's realization that his dream of creating a national movement of churches committed to interreligious, interracial fellowship would not come to bear and his subsequent move to Boston University School of Theology as dean of Marsh Chapel and professor of spiritual resources. Once again, Fluker has produced a volume that gives the reader a deep look into the passionate commitments fueling Howard Thurman that matches the previous three volumes. This is a powerful and moving volume."—Emilie M. Townes, Vanderbilt University Divinity School