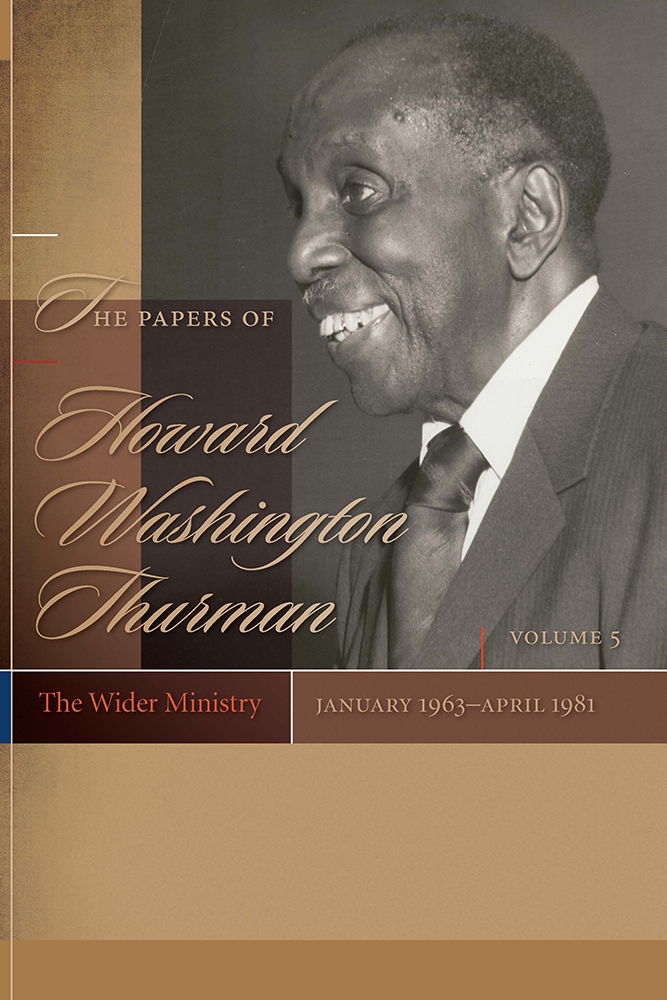 The twentieth-century writings of a pioneering voice for social justice

The Papers of Howard Washington Thurman is a five-volume, chronologically arranged documentary edition spanning the long and productive career of the Reverend Howard Thurman, one of the most significant leaders in the history of intellectual and religious life in the mid-twentieth-century United States. The first to lead a delegation of African Americans to meet personally with Mahatma Gandhi, in 1936, Thurman later became one of the principal architects of the modern, nonviolent civil rights movement and a key mentor to Martin Luther King, Jr. In 1953 Life magazine named Thurman as one of the twelve greatest preachers of the century.

This fifth and final volume covers the last seventeen years of his life, from the end of his ministry as Boston University's dean of chapel in 1963 through his passing in April 1981. Thurman referred to these years as his "wider ministry," one untethered to a specific congregation or institution, spreading his spiritual gifts and insights as widely as possible from his base in San Francisco. A resonant theme is Thurman's interaction with the black freedom struggle, from its heyday in the early 1960s through the turn to black power and nationalism. This includes Thurman's correspondence with many of the movement's leading figures and thinkers, among them Martin Luther King, Jr.; Whitney Young, Jr.; Jesse Jackson; Vincent Harding; and Lerone Bennett.

Thurman's final years saw the culmination of his expansive religious vision, in his attempt to fashion a conception of spirituality that was at once deeply personal and truly inclusive. These final documents refer to many aspects of this, including his work with the Howard Thurman Educational Trust, his seminars with young African American divinity students, his outreach to Judaism and other religions, his efforts to come to terms with the cultural changes of the 1960s and 1970s, and his endeavors to pass on his legacy to another generation.

"Howard Thurman's life and work are among our greatest spiritual treasures. Part of Walter Fluker's vocation has been to lift up the gifts Thurman offers us. In this fifth and final volume of Thurman's papers, Fluker gives us a deeply nuanced look into the mind and heart of this great man across the decades. Thurman's voice is as powerful and relevant today as it was when he first spoke it."—Parker J. Palmer, author, On the Brink of Everything: Grace, Gravity, and Getting Old