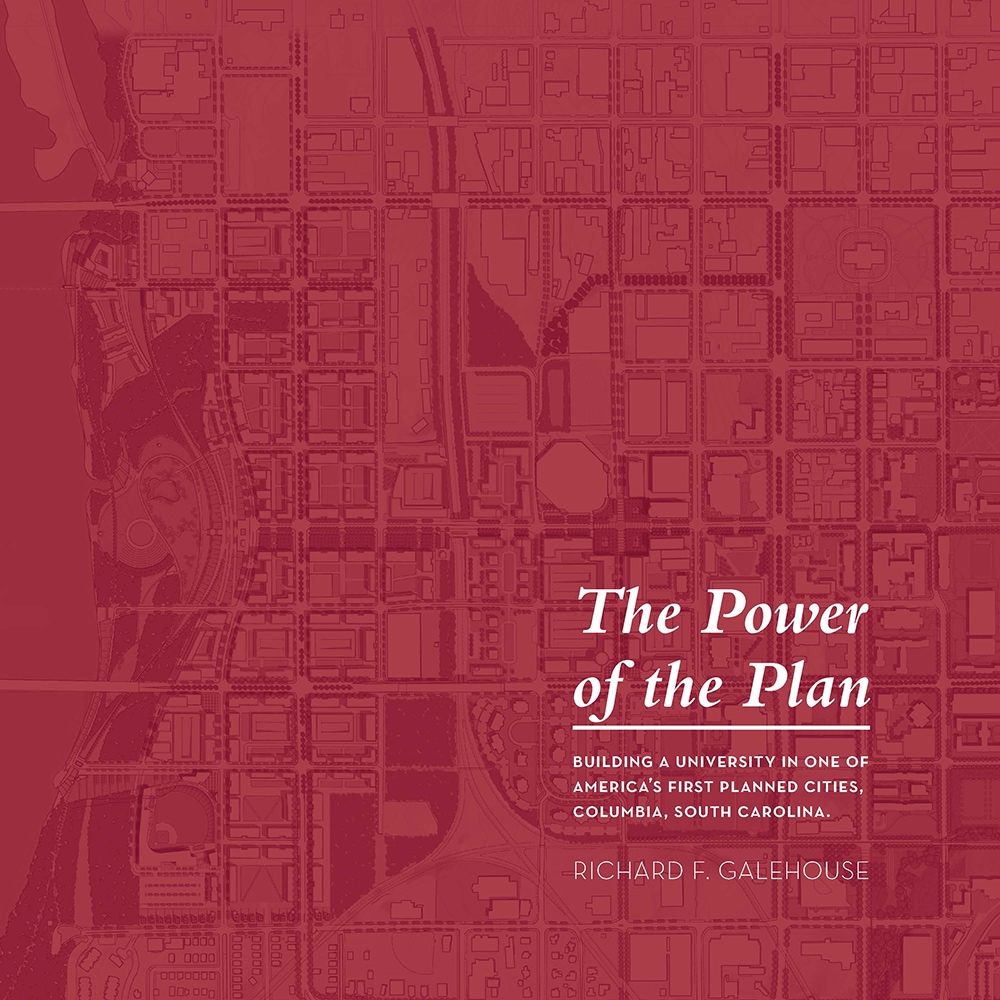 The Power of the Plan

State universities are more than just places of higher learning, more indeed than just campuses or buildings, and more than just students scurrying from class to class. They are a symbol of the future of the nation and a statement about the commitment the sponsoring state has made to its people. In turn each city or town that hosts, develops, and nurtures these institutions recognizes that it holds within the community one of the more precious jewels in a state's crown. So it is with the city of Columbia and the University of South Carolina.

Richard F. Galehouse has been involved in the university's master planning work for more than twenty-five years, making him more than qualified to take a lapidary look not only at the present and unfolding plans for the university, but also at the historic path that has brought it to its current luster. Encompassing its earliest days as Columbia College in 1801 (almost two decades before Thomas Jefferson's University of Virginia); the devastating effects of the Civil War; the "crisis years" between 1861 and 1915, when the institution was closed twice and reorganized five times; and some bungled urban planning in the 1950s and 60s, Galehouse's candid examination details the growth of the university and speaks hopefully about its present and its future.

The city of Columbia and the University of South Carolina are unique in how they were designed to grow together, yet cosmopolitan in how they grapple collectively with the challenges and difficulties of combining the city's needs with the university's to create a symbiotic but nevertheless holistic community. The plan for this meeting of minds and needs is the meat of this narrative. The original and iconic "Horseshoe grid" of the city is echoed in the "Innovista" master plan outlined here, which will create in the city a shining setting for the university, one of its own most highly prized treasures.

A foreword is provided by Patrick L. Phillips, global chief executive officer of the Urban Land Institute (2009-2018) and an instructor at the Harvard Graduate School of Design Executive Education Program and at the Carey Business School at Johns Hopkins University.


Richard F. Galehouse received his architectural degree from the University of Notre Dame and his master's degree in city and regional planning from the Harvard Graduate School of Design. Now a principal emeritus of Sasaki Associates, a global design firm, he continues to consult on matters related to the University of South Carolina's master plan.

"Richard Galehouse captures the interplay of universities as places of great innovation and physical campuses as places of great inspiration. Exceptional places of innovation and inspiration do not happen by accident, but by intention. This very readable book describes the journey of a successful university/city partnership that set the foundation for the transformation of a city."—Thomas Murphy, Urban Land Institute

"The Power of the Plan tells an evocative story about the importance of urban campuses in America. As one of the oldest public universities in the country, and the first to be sited within an existing city, USC's campus is a living museum with over 200 years of history on display that reveals the origins of "town/gown" relationships in the US. In documenting the evolution of USC's campus, Galehouse has given us a window through which we can view the balancing act that urban universities must continually manage as both stewards of place and catalysts for change in the American city"—James N. Miner, Chief Executive Officer, Sasaki Design

"a handsome volume that chronicles the planning history of the University of South CarolinaTown-grown planners can benefit from this book."—Planning Magazine