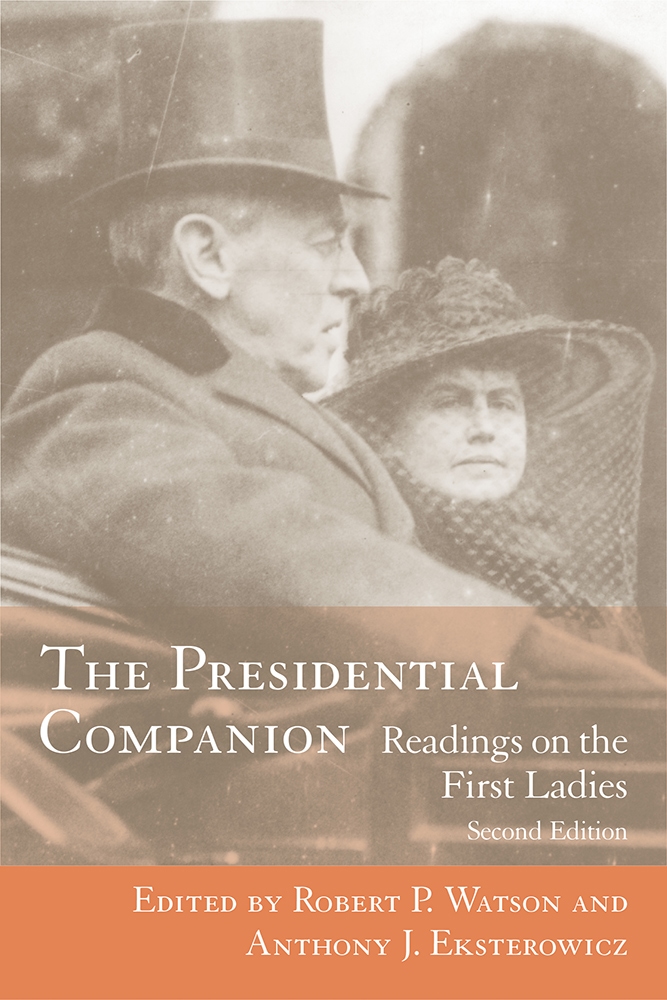 Readings on the First Ladies

Bringing together the work of notable historians, political scientists, and sociologists, The Presidential Companion: Readings on the First Ladies offers a collection of essays that demonstrate the political relevance of first ladies throughout U.S. history and the dramatic expansion of their power during the twentieth century. With a foreword by Hillary Clinton's former chief of staff, Melanne Verveer, this anthology fills a gap in scholarship about the position of first lady and reveals the political acumen and activism of a number of the holders of this unofficial executive office.

The contributors reveal how the office has grown in political influence, from Martha Washington's selection of furnishings for the presidential mansion to Hillary Rodham Clinton's leadership of the President's Task Force on National Health Care Reform. They underscore the notion that an understanding of presidential spouses is central to the study of the American presidency. At the same time the volume dispels the myth that Eleanor Roosevelt and her successors have been the only presidential spouses to make significant public and political contributions to the nation.

Bringing this second edition up to date are two new chapters on the first ladyship of Laura Bush and on analyzing public perceptions of Hillary Clinton and Laura Bush.


Robert P. Watson has written or edited seven previous books, including The Presidents' Wives: Reassessing the Office of First Lady and the encyclopedia American First Ladies. He is an associate professor of political science at Florida Atlantic University and a former editor of the journal White House Studies.

Anthony J. Eksterowicz is a professor of political science at James Madison University in Harrisonburg, Virginia, and an editor of White House Studies. He is the coauthor of American Democracy: Representation, Participation, and the Future of the Republic and coeditor of The Post–Cold War Presidency and The President and Foreign Policy: Chief Architect or General Contractor.

"The Presidential Companion . . . centers on the expansion of traditional duties and expectations over the course of the past two centuries. Much significance is also attached to the level of personal and political intimacy shared between both effective and controversial first ladies and their husbands."—

"The chapters in The Presidential Companion cover either singly or as a group the development of the position [of First Lady], its social influence, its political and policy influence, and the modern first ladies of the past two decades."—

"The Presidential Companion is a scholarly and very highly recommended contribution to American political science and women's studies reading lists."—