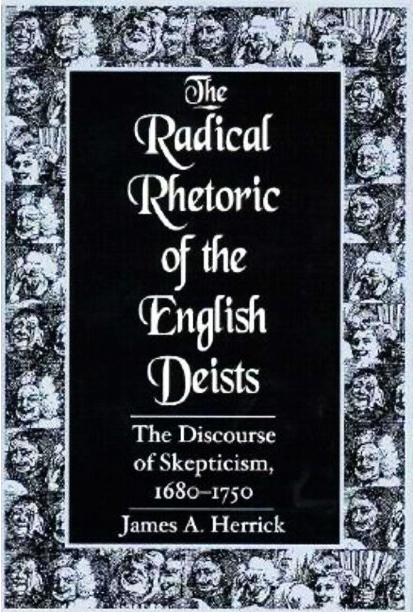 The Radical Rhetoric of the English Deists

The Radical Rhetoric of the English Deists illuminates the major battlefields of a rhetorical war waged for the religious mind of Britain and eventually of Europe and the colonies. Focusing on the works of lesser-known but highly influential Deists whose radically controversial spirit and willingness to absorb enormous personal risks made Deist controversy so intriguing and consequential, James A. Herrick examines the seventy-year polemic between the English Deists and the Church of England. He contends that Deism owes its enduring significance to the rhetorical acumen, textual resources, and iconoclastic motivation of skilled controversialists who sought nothing less than the destruction of Christianity.

James A. Herrick is a professor of rhetoric and communication and chair of the communication department at Hope College in Holland, Michigan.

"An important contribution to scholarship on rhetoric and religion because it examines the role of reason and evidence in issues dividing the Deists and Anglicans in matters of Christian spirituality. It sheds light on the role that style and evidence—especially ridicule and testimony—played in the controversy."—Lester C. Olson, University of Pittsburgh