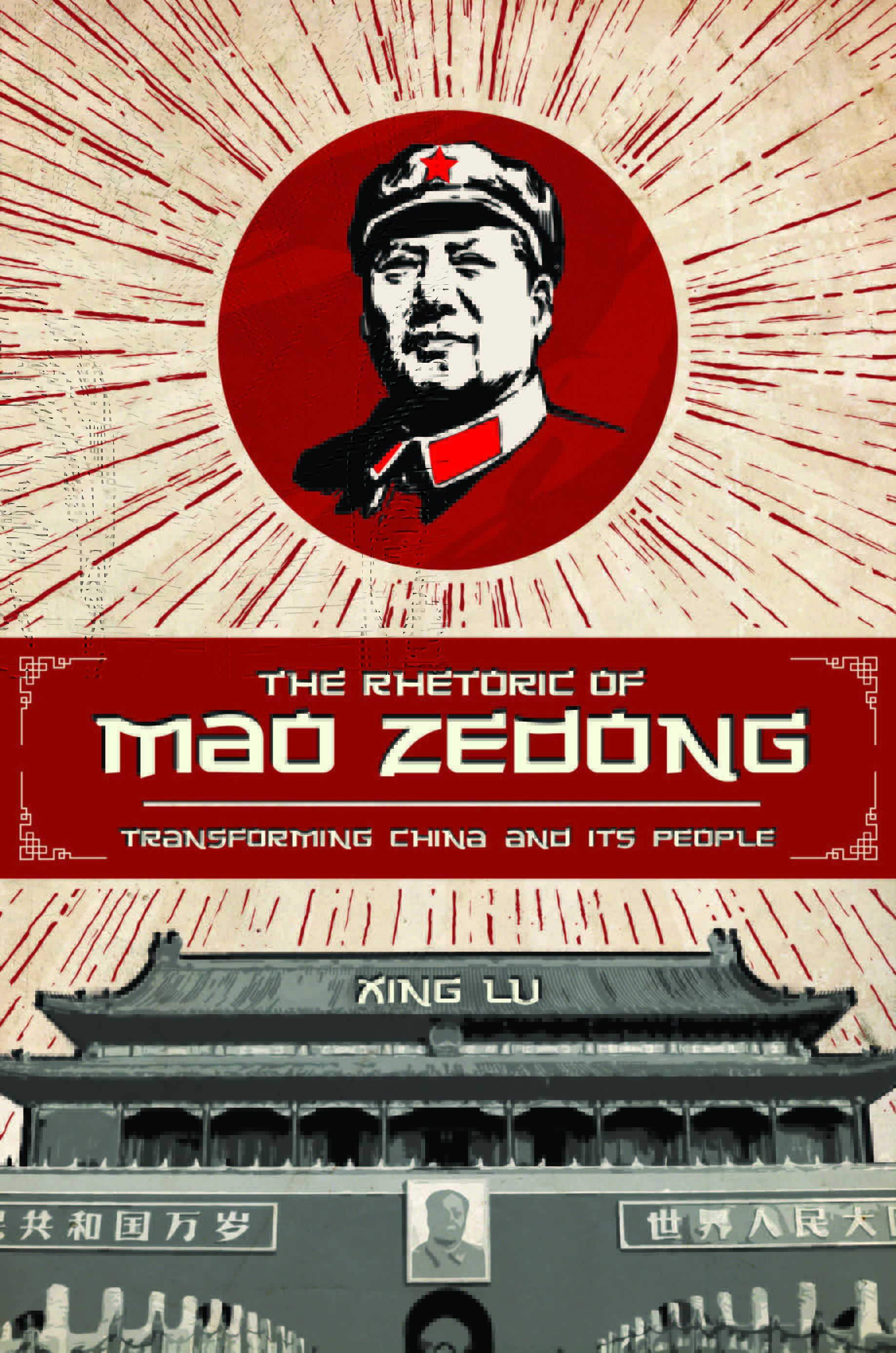 The Rhetoric of Mao Zedong

Transforming China and Its People

Mao Zedong fundamentally transformed China from a Confucian society characterized by hierarchy and harmony into a socialist state guided by communist ideologies of class struggle and radicalization. It was a transformation made possible largely by Mao's rhetorical ability to attract, persuade, and mobilize millions of Chinese people. Xing Lu's book, Rhetoric of Mao Zedong, analyzes Mao's speeches and writings over a span of sixty years, tracing the sources and evolution of Mao's discourse, analyzing his skills as a rhetor and mythmaker, and assessing his symbolic power and continuing presence in contemporary China. Lu observes that Mao's rhetorical legacy has been commoditized, culturally consumed, and politically appropriated since his death.

Applying both Western rhetorical theories and Chinese rhetorical concepts to reach a more nuanced and sophisticated understanding of his rhetorical legacy, Lu shows how Mao employed a host of rhetorical appeals and strategies drawn from Chinese tradition and how he interpreted the discourse of Marxism-Leninism to serve foundational themes of his message. She traces the historical contexts in which these themes, his philosophical orientations, and his political views were formed and how they transformed China and Chinese people.

Lu also examines how certain ideas are promoted, modified, and appropriated in Mao's rhetoric. Mao's appropriation of Marxist theory of class struggle, his campaigns of transforming common people into new communist advocates, his promotion of Chinese nationalism, and his stand on China's foreign policy all contributed to and were responsible for reshaping Chinese thought patterns, culture, and communication behaviors.


Xing Lu is a professor of communication at DePaul University in Chicago, Illinois. Born and raised in China, she received her doctorate in rhetoric and communication from the University of Oregon. Lu is the author or editor of five books, including Rhetoric in Ancient China, Fifth to Third Century B.C.E., winner of the James A. Winans–Herbert A. Wichelns Memorial Award for Distinguished Scholarship in Rhetoric and Public Address, and Rhetoric of the Chinese Cultural Revolution, both published by the University of South Carolina Press.

"Lu is a master of this topic, having penned several other books about Chinese rhetoric and history. Many books have been written about Mao Zedong, but none analyze his rhetoric and his political influence this intensely. No matter the opinion of this controversial figure, this book provides critical insight into how Mao Zedong's rhetoric contributed to the fundamental transformation of China. In fact, this book is critical to an understanding of modern China."—Choice

"A much-needed book. Mao's speeches and writings have not heretofore been the subject of intensive rhetorical analysis. With careful attention to the content, structure, evolution, context, and strategies of Mao's discourse, Lu explicates how his words helped change the course of Chinese history. There is much of interest here for readers across academic disciplines, as well as for non-specialists who seek to understand Mao and the making of modern China."—Stephen Lucas, University of Wisconsin

"Highly contextualized, subtly nuanced, and deeply engaging, The Rhetoric of Mao Zedong is a must read. It not only shines a bright new light on our understanding of Mao's profound political influence and rhetorical presence in modern China but also opens up a whole new world of studying transformative rhetoric in the global context."—LuMing Mao, Miami University

"Reading The Rhetoric of Mao Zedong is a true delight, a delight that is made possible by Xing Lu's dispassionate and deeply engaging study of political rhetoric in modern China in general and Mao's transformative rhetoric in particular. As China continues to make its presence importantly felt on the world stage, understanding and developing a productive dialogue with its rhetoric is imperative. The Rhetoric of Mao Zedong should serve as an efficacious guide."—Rhetorica

"Scholars from a wide array of disciplines will appreciate the nuanced way in which Lu uncovers how Marxist and traditional Chinese philosophies are codified in Mao's rhetoric... this book is critical to an understanding of modern China. Audiences will include readers interested in Chinese politics and history, Chinese history classrooms, students of persuasion and political communication, and any scholar concerned with Mao Zedong."—Choice

"The Rhetoric of Mao Zedong is staggering in breadth and depth. Lu provides a thorough, engaging, and culturally nuanced examination of the role Mao's discourse played in his transformation of Chinese society."—Quarterly Journal of Speech