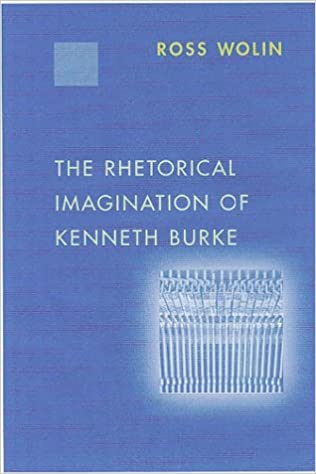 The Rhetorical Imagination of Kenneth Burke

Understanding an enigmatic rhetorician and social critic on his own terms

Widely hailed as one of America's greatest rhetorical theorists, Kenneth Burke (1897-1993) ranged freely across many fields of knowledge, investigating the ways language, literature, and ideas relate to one another and to the social and political aspects of life. Skeptical of disciplinary boundaries, Burke garnered both praise and censure for his eclecticism. While several intellectual movements—including the New Critics—have claimed him as a member, Burke himself strongly resisted such affiliations, often complaining that even his most ardent admirers profoundly misunderstood him. In a comprehensive examination of Burke's achievements, Ross Wolin sifts through the misconceptions associated with the critic and uncovers a complex set of theoretical concerns to which Burke devoted his career.

In a work that is part biography, part intellectual history, and part rhetorical theory, Wolin analyzes Burke's early essays of the 1920s and all eight of his theoretical volumes. Wolin argues that each of these represented a rearticulation and extension of the writer's previous studies, all of which brought together socially and politically charged ideas born of World War I, the Great Depression, and the aesthetic movement of the 1920s and early 1930s. Wolin suggests that Burke turned to psychology, history, literature, philosophy, and religion, while increasing his focus on rhetoric and the general nature of language, in the hope of overcoming the formidable rhetorical problems that his scrambling of intellectual categories inevitably produced.

Wolin contends that by the time Burke formulated his theory of dramatism in A Grammar of Motives, his complex and abstract discussions of philosophy and linguistics obscured the strongly social and political aims of his writings. By placing Burke's later theories in the context of his early works, Wolin recaptures the richness of the critic's vision of "a better life" through understanding the nature of language and its social and political uses.


Ross Wolin is an assistant professor of humanities and rhetoric at Boston University. He holds a Ph.D. from the University of Illinois at Urbana-Champaign. Wolin lives in Boston.

"Wolin's book is the surest guide available to the major works of a notoriously difficult author. It is clear, concise, illuminating, and absorbing."—Thomas M. Conley, University of Illinois–Urbana-Champaign