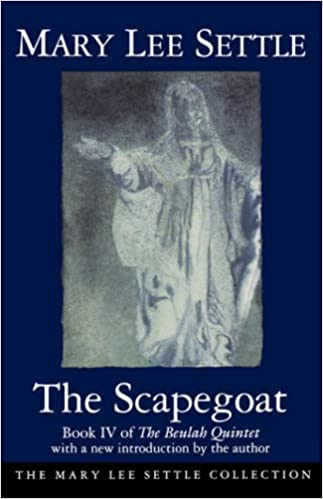 Book IV of The Beulah Quintet

In a novel about casual and heedless acts that often lead to unthinkable results, Mary Lee Settle traces the fall of a West Virginia town that was first made rich by coal, then corrupted and destroyed by it. Set in 1912, The Scapegoat propels the readers with astonishing immediacy to a fateful day in a coal miners' strike when distant relatives of Beulah dynasty, only dimly aware of their blood ties, face off in a dispute that escalates in the slaughter of an innocent man. Emotions escalate to a frenzy of violence as Mother Jones, leader of the striking miners, calls for action in a community devastated by Southern resignation and by guilt associated with selling out to Eastern investors.

Mary Lee Settle was born in Charleston, West Virginia, and has lived in England, Turkey, and New York. Her novel Blood Tie won the National Book Award and her novel Choices received the Lillian Smith Award for fiction. Settle's other works include the novels Charley Bland, Celebration, The Clam Shell, The Love Eaters, The Kiss of Kin and a memoir, All the Brave Promises. Settle now lives in Charlottesville, Virginia.

"Settle's large ambition, her sense of scale, her capacity to take in the whole life, from the specific feeling of a moment to the vast historic forces in social conflict, are her great gift."—New York Times

"In The Scapegoat Mary Lee Settle has added a fourth panel, and a vivid one, to her impressive frescoes of her native state."—Malcolm Cowley