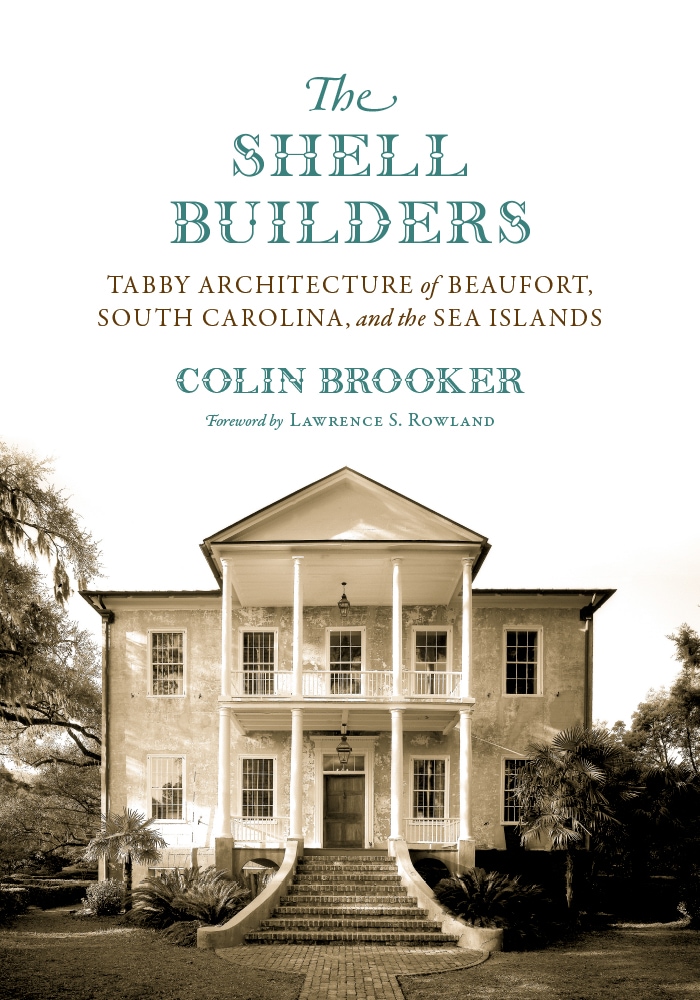 Tabby Architecture of Beaufort, South Carolina, and the Sea Islands

Beaufort, South Carolina, is well known for its historical architecture, but perhaps none is quite as remarkable as those edifices formed by tabby, sometimes called coastal concrete, comprising a mixture of lime, sand, water, and oyster shells. Tabby itself has a storied history stretching back to Iberian, Caribbean, Spanish American, and even African roots—brought to the United States by adventurers, merchants, military engineers, planters, and the enslaved.

Tabby has been preserved most abundantly in the Beaufort area and its outlying islands, (and along the Sea Islands all the way to Florida as well) with Fort Frederick in 1734 having the earliest example of a diverse group of structures, which included town houses, seawalls, planters' homes, barns, agricultural buildings, and slave quarters. Tabby's insulating properties are excellent protection from long, hot, humid, and sometimes deadly summers; and on the islands, particularly, wealthy plantation owners built grand houses for themselves and improved dwellings for enslaved workers that after two hundred-plus years still stand today.

An extraordinarily hardy material, tabby has a history akin to some of the world's oldest building techniques and is referred to as "rammed earth," as well as " tapia" in Spanish, "pisé de terre" in French, and "hangtu" in Chinese. The form that tabby construction took along the Sea Islands, however, was born of necessity. Here stone and brick were rare and expensive, but the oyster shells that were used as the source for the tabby's lime base were plentiful. Today these bits of shell, often visible in the walls and forms constructed long ago, give tabby its unique and iconic appearance.

Colin Brooker, architect and expert on historic restoration, has not only made an exhaustive foray into local tabby architecture and heritage; he also has made a multinational tour as well in search of tabby origins, evolution, and diffusion from the Bahamas to Morocco to Andalusia, which can be traced back as far as the tenth century. Brooker has spent more than thirty years investigating the origins of tabby, its chemistry, its engineering, and its limitations. The Shell Builders lays out a sweeping, in-depth, and fascinating investigative journey—at once archaeological, sociological, and historical—into the ways prior inhabitants used and shaped their environment in order to house and protect themselves, leaving behind an architectural legacy that is both mysterious and beautiful.

Lawrence S. Rowland, a distinguished professor emeritus of history at the University of South Carolina Beaufort and past president of the South Carolina Historical Society, provides a foreword.


Colin Brooker has been principal of Brooker Architectural Design Consultants (BADC) in Beaufort County, South Carolina, since 1980. BADC is a small consortium of specialists engaged in historic resource management, heritage tourism, historic building conservation, and documentation. The firm excels in tabby building repair and conservation, having worked on numerous tabby structures in coastal South Carolina, Georgia, and the Caribbean.

"Grounded on research remarkable for both its depth and breadth, architect Colin Brooker traces the complicated origins of tabby construction across three continents and many centuries. This much-needed book finally pulls together the complicated origins of the Lowcountry's distinctive early building method for anyone who is interested in the architectural history of South Carolina."—Carter L. Hudgins, Clemson University

"Brooker explores tabby from every conceivable angle, including its chemistry, antecedents, variants, history, and literature, and writes with winning ease. His research is impeccable, and his knowledge of the material profound."—The Northern Mariner

"Brooker takes the reader on an in-depth historical tour of the history of tabby from its roots in North Africa up to modern day research and restoration... Take this book as your opportunity to explore your local landmarks and as a rich field guide to the hidden treasures and rich heritage of South Carolina."—South Carolina Libraries