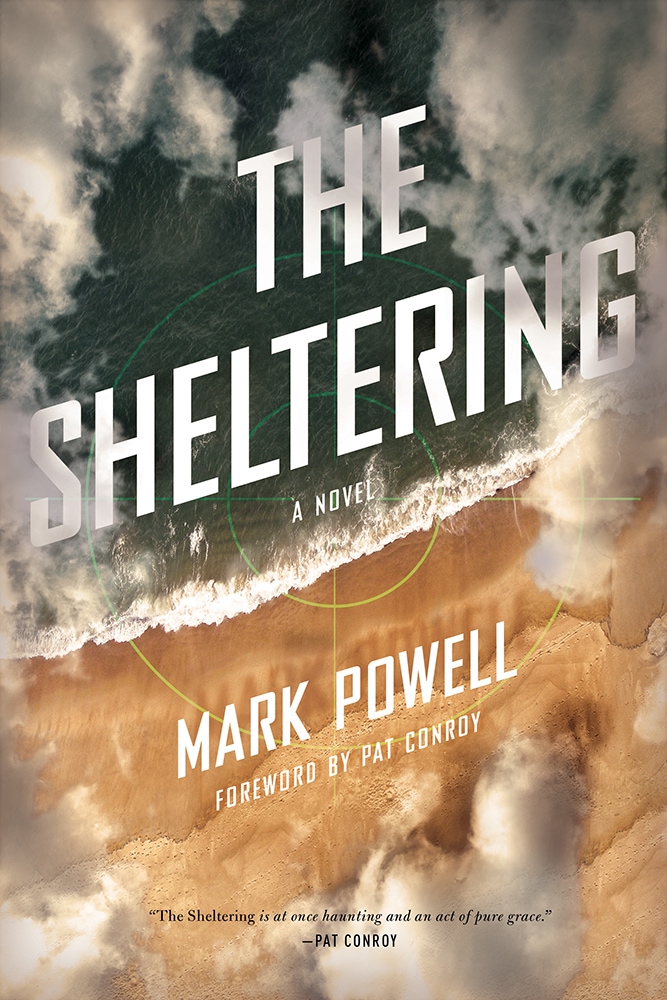 "'You set yourself up as judge, jury, and executioner,' Pamela had said, but that was wrong: you set yourself up as angel, and await the word of God." Luther Redding lost his job, and almost lost his wife, Pamela, and teenaged daughters Katie and Lucy, when the real estate bubble burst in Florida. Now he pilots a Reaper drone over the mountains of Afghanistan from a command center in the bowels of Tampa's MacDill Air Force Base, studying a target's pattern of life and awaiting the command to end that life. Meanwhile Bobby Rosen has returned home from his tours in Iraq to a broken marriage and an estranged son, his promising military career cut short in a moment of terrible violence in a Sadr City marketplace. As the tales of Luther and Bobby unfold, Mark Powell masterfully engages with the vexing, bifurcated lives of combatants in the global war on terror, those who are simultaneously here and there and thus never fully freed from the life-and-death chaos of the battlefield.

As Bobby sets off on a drug-fueled road trip with his brother Donny, newly released from prison and consumed by his own inescapable impulses, a sudden death in the Redding household sends Luther's daughter Katie spiraling into grief and self-destruction. Soon the lives of the Reddings and the Rosens intersect as the collateral damage from the war on terror sends these families into a rapid descent of violence and moral ambiguity that seems hauntingly familiar to Bobby while placing Katie in a position much like her father's—more removed witness than active participant in the bloody war unfolding in front of her. Overarching questions of faith and redemption clash with the rough-hewn realities of terror and loss, all to explosive ends in Powell's dark vision of modern Americana.

Novelist Ron Rash has deemed Powell "the best Appalachian novelist of his generation." In this, his fourth novel, Powell broadens the southern backdrop of his earlier work into a sprawling thriller taking readers from the Middle East to Charleston, southern Georgia, Tampa, Miami, New Orleans, and into the storied American West. In its themes, perspectives, and pacing, The Sheltering recalls the work of Robert Stone, Jim Harrison, and Ben Fountain while further establishing Powell as a unique voice capable of interrogating unfathomable truths with a beauty and cohesion of language that challenges our assumptions of the human spirit.


Mark Powell is the author of three previous novels, Prodigals (nominated for the Cabell First Novelist Award), Blood Kin (winner of the Peter Taylor Prize for the Novel), and The Dark Corner. Powell has received fellowships from the National Endowment for the Arts and the Breadloaf Writers' Conference. In 2009 he received the Chaffin Award for contributions to Appalachian literature. Powell holds degrees from Yale Divinity School, the University of South Carolina, and the Citadel. He is an associate professor of English at Stetson University in DeLand, Florida, and for three years taught a fiction workshop at Lawtey Correctional Institute, a level II prison in Raiford, Florida.

"Powell is an accomplished story-teller, one whose strong narrative gift and vivid prose style kept this reader enthralled for every one of the book's three hundred pages."—Willard Manus (Lively-arts.com)

"The Sheltering signifies a new era for the tradition where the South, with all its baggage, has merged with the whole of America. Set primarily in central Florida, The Sheltering is a literary thriller in the vein of Jim Harrison or Robert Stone. Two alternating storylines tell a complex story of war, violence and the possibility of spiritual regeneration."—Richmond (Va.) Times Dispatch

"The Sheltering is Powell's best novel to date. The subtleties he imbues into his characters make for an engaging read that, once you start, is hard to stop. The smoothness of prose proves that Powell knows what he is doing. There is no doubt about it, Powell has established himself as a voice not only of Appalachia, but of all contemporary American literature."—Southern Literary Review

"The Sheltering further secures Mark Powell's place as one of the best American novelists of his generation."—Ron Rash, author of Above the Waterfall

"Everything's going to hell in the literary village these days except this one true thing—our novelists, these past few years, have delivered us into a Golden Age of American writing, and——Mark Powell's unforgettable The Sheltering is further evidence of this redemptive phenomenon in the post-9/11 world. The Sheltering is the work of a story-teller at the height of his power."—Bob Shacochis, author of The Woman Who Lost Her Soul

"In The Sheltering, Mark Powell has laid bare our busted and war-ravaged cores. We recognize our own lives in the precision of his renderings. It is as if he's seen it all somehow from on high, drone-weary and waiting on that whirling God. With fierce wisdom and bold honesty, Mark Powell has written a hell of book."—Glenn Taylor, author of The Ballad of Trenchmouth Taggart

"If, as Marilynne Robinson has said, 'anything that is written compassionately and perceptively probably satisfies every definition of religious,' then Mark Powell's The Sheltering is a deeply religious book. In this, his fourth novel, Powell embraces the broken world as he finds it, in all of its contradictions, its horrors, its wonders. This is an author whose sense of awe is palpable and one whose superb prose and remarkable narrative prowess will be celebrated as he reaches an ever-widening audience."—Pete Duval, author of Rear View: Stories

"In masterful prose, Mark Powell's brilliant new novel, The Sheltering, explores the lives of a handful of people who are trying in various ways to find either meaning or escape in a post-2007 America that is rapidly losing any claim to greatness through, among other things, senseless wars and financial disasters. It is an amazing achievement."—Donald Ray Pollock, author of The Devil All the Time