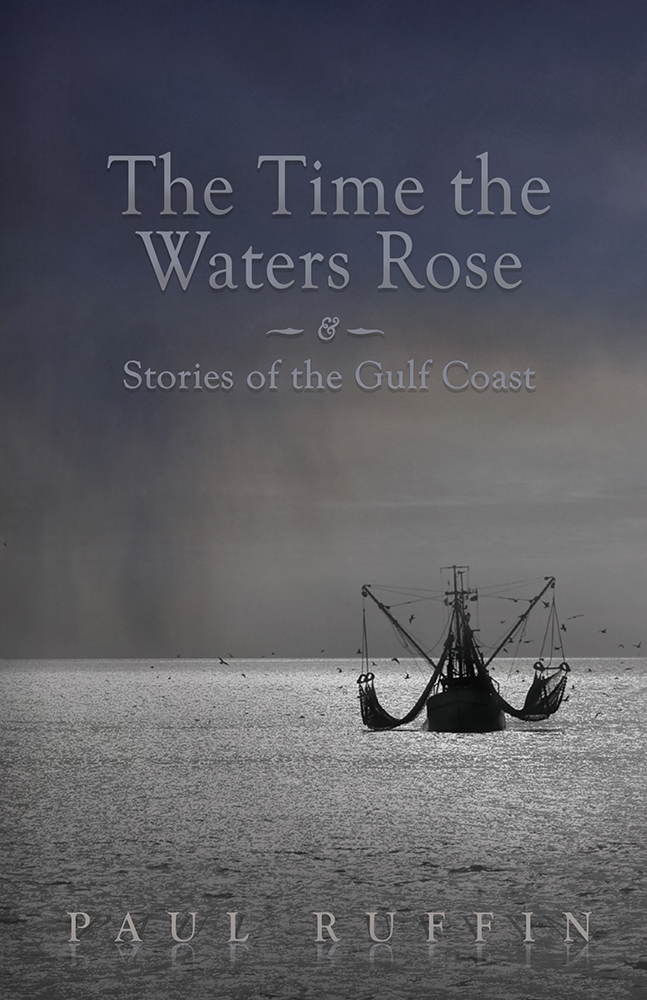 The Time the Waters Rose

And Stories of the Gulf Coast

Writer Paul Ruffin celebrates the mysteries of the sea in the short story collection The Time the Waters Rose. From shrimp boat captains to shipyard workers, Ruffin's characters are men who drink, swear, fight, and sometimes kill, but what unifies them is that all-embracing magic of the Gulf coast and the barrier islands. While some are drawn to the Gulf for its mystery, others are there simply to earn a living,and all are unforgettable, from the bawdy, snuff-dipping, rednecks to the land-locked shipbuilder who erects a ship in his suburban backyard to the salty old freethinker aboard The Drag Queen who gives his evangelical shipmate hell for suggesting they say grace beforelunch.

The title story, which Ruffin started writing as a ten-year-old bored with traditional Biblical tales, is an irreverent, satirica l retelling of the epic Noah story. All the other tales are set in and around the Mississippi coast, but they are not your typical sea and fishing yarns. While some of the stories may seem far-fetched, they are all drawn from Ruffin's experiences and are rich with tactile descriptions of the Pascagoula River and its surrounding marshlands, from the sun and shadow play of the open waters to the powerful thunderheads and squalls that arise at a moment's notice over the islands of the Gulf.


Paul Ruffin is a Texas State University System Regents' Professor and Distinguished Professor of English at Sam Houston State University, where he also holds the title of writer in residence. The 2009 Texas poet laureate, he is the author of two novels, six collections of short stories, five books of nonfiction prose, and seven collections of poetry and the editor or coeditor of fifteen other books. His work has appeared widely in journals and magazines in the United States and abroad and has been featured on National Public Radio.

"In Ruffin's new collection, men, boats, and bodies of water collide unexpectedly, with results that are often humorous, violent, or both....These stories exploring how life on the water affects everyday people make for amiable reading, but they become most compelling when Ruffin taps into the bleaker impulses found below a more cordial façade."—Kirkus Reviews

"Paul Ruffin's extraordinary body of work is squarely within the tradition of the South's best weavers of tales."—American Book Review

"In these stories words break bright across pages roiling with laughter and tears. As they roll back from their high narrative marks, they deposit thoughts and feelings, the awareness that real living is hard and mysterious. Ruffin knows the hearts of place and people. At times both shined honeyed like the surface of a quiet sea just before evening. At other times both are dark as a shadowed lagoon, hiding water-soaked logs and home to alligators and water moccasins. Wonderful stories, tales that transform days and nights!"—Sam Pickering, author of Happy Vagrancy and All My Days Are Saturdays

"Having long ago succumbed to the mysteries of the ocean, Paul Ruffin adroitly traces the people and cultures along the most ravaged American coastline of the twenty-first century. This is a timely—if not overdue—collection of place, grace, and human experience."—Casey Clabough, author of Confederado: A Novel of the Americas