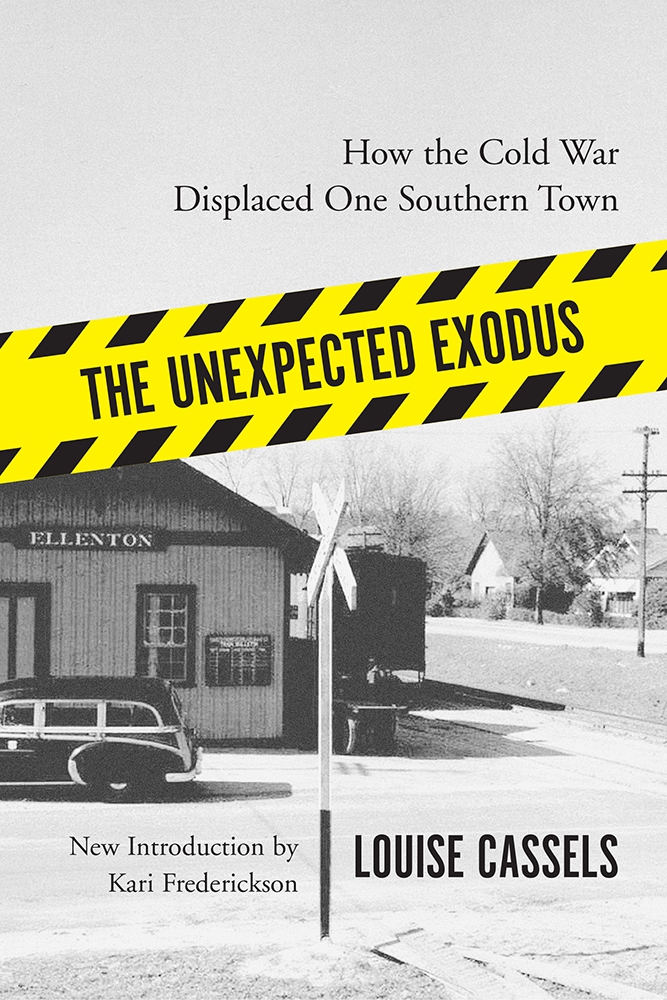 How the Cold War Displaced One Southern Town

First published in 1971, this poignant memoir by grade school teacher Louise Cassels recounts the displacement of the residents of Ellenton, South Carolina, in the early 1950s to make way for the massive Savannah River Plant, a critical cold-war nuclear weapons facility.

In late 1950, amid escalating cold-war tensions, the U.S. Atomic Energy Commission announced plans to construct facilities to produce plutonium and tritium for use in hydrogen bombs. One such facility, the Savannah River Plant, was built at a cost of $1.3 billion at a site that encompassed more than 315 square miles in South Carolina's Barnwell, Allendale, and Aiken counties. Some fifteen hundred families residing in small communities within the new plant's borders were forced to leave their homes. The largest of the affected towns was Ellenton, in Aiken County, with a population of 760 residents.

Detailing the period of evacuation and resettlement from 1950 to 1952, The Unexpected Exodus recalls in words and pictures the dramatic personal consequences of the cold war on the American South through the narrative of one uprooted family. Cassels touches on such enduring historical themes as southerners' sense of place and antipathy toward the federal government as she struggles to maintain equilibrium through life-changing circumstances. Throughout the text her extreme pride and patriotism are set against profound feelings of bitterness and loss.

Kari Frederickson's new introduction to this Southern Classics edition places Cassels's compelling tale against the larger historical backdrop of the cold war's impact on the South, a history often lost in the shadow of more widely read civil-rights narratives from the same era. Frederickson has also added more photographs from the Savannah River Site archives to document the dismantling of Ellenton.


Kari Frederickson is an associate professor of history and director of the Frances S. Summersell Center for the Study of the South at the University of Alabama. She is the author of The Dixiecrat Revolt and the End of the Solid South, 1932–1968, the 2002 winner of the Harry S. Truman National Book Award.