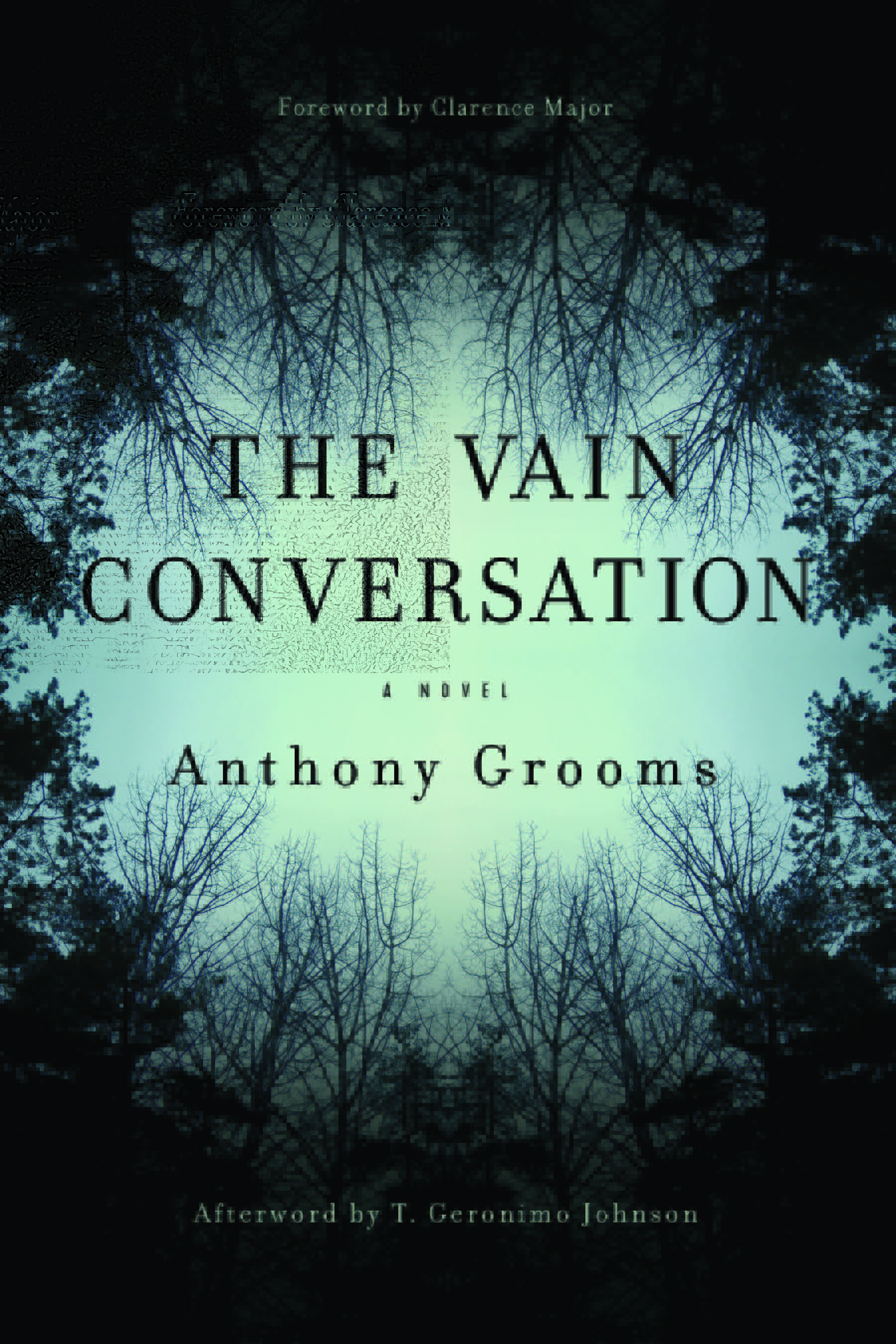 Inspired by true events, The Vain Conversation reflects on the 1946 lynching of two black couples in Georgia from the perspectives of three characters—Bertrand Johnson, one of the victims; Noland Jacks, a presumed perpetrator; and Lonnie Henson, a witness to the murders as a ten-year-old boy. Lonnie's inexplicable feelings of culpability drive him in a search for meaning that takes him around the world, and ultimately back to Georgia, where he must confront Jacks and his own demons, with the hopes that doing so will free him from the grip of the past.

In The Vain Conversation, Anthony Grooms seeks to advance the national dialogue on race relations. With complexity, satire, and sometimes levity, he explores what it means to redeem, as well as to be redeemed, on the issues of America's race violence and speaks to the broader issues of oppression and violence everywhere.

A foreword is provided by American poet, painter, and novelist Clarence Major. An afterward is written by T. Geronimo Johnson, the bestselling author of Welcome to Braggsville and Hold It 'Til It Hurts.

Anthony Grooms is the author of Bombingham: A Novel and Trouble No More: Stories, both winners of the Lillian Smith Book Award for fiction. Born in Charlottesville, Virginia, he has taught writing and American literature at universities in Ghana and Sweden and, since 1994, at Kennesaw State University in Georgia.

"In a preview of the book, New York Times best-selling author Ron Rash noted, The Vain Conversation vividly evokes the horrors of American racism, but [Anthony Grooms] never denies the humanity of his characters, whether black or white, young or old."—Kennesaw State University News

"With complexity, satire, and sometimes levity, he [Grooms] explores what it means to redeem, as well as to be redeemed, on the issues of America's race violence and speaks to the broader issues of oppression and violence everywhere."—Midwest Book Review

"That Grooms' incisive, gripping, and empathetic novel dares to probe beneath the humiliations, customs, and fears that sustain injustice implies that our seemingly eternal conversation on race, to which the title refers, may not be as vain as it often seems."—Kirkus Reviews [starred review]

"Grooms has always had a precise and sure and precious way with words, and he does not disappoint those who have come to love his work, his way of seeing and hearing the world. We ask many things of the writers we have taken to our hearts—honesty, sincerity, sensitivity, old verities to borrow Faulkner's phrase. I suspect that those are things Grooms did not have to learn because they were already in his blood before he wrote his first words."—Edward P. Jones, author of The Known World

"The Vain Conversation vividly evokes the horrors of American racism, but Anthony Grooms never denies the humanity of his characters, whether black or white, young or old. His novel achieves what only the best literature can give us: it refuses too-easy consolations or too-easy condemnations. When we finish the last page, the book is not finished with us. It will haunt us."—Ron Rash, author of Serena

"Anthony Grooms is a master storyteller, hands down. Here he confronts the Jim Crow lynching—the most brutal of subjects in American literature and one all too-frequently abstracted and stereotyped. With expert prose and emotional complexity he looks through the eyes of witness, victim, and member of the mob to explore themes of redemption, salvation, and universal love. Considering headlines these days, The Vain Conversation is not just timely, it's important."—Gray Stewart, author of Haylow

"The Vain Conversation chronicles the shared places of the American South, where the beauty of the landscape can often mask the entanglements of an unresolved past. With historical sharpness and striking prose, Anthony Grooms again introduces us to characters who navigate the questions and dangers on the road toward progress. The vividly conjured memories turn histories into ghosts. They beckon as well as warn in this exquisitely textured novel."—Ravi Howard, author of Like Trees Walking