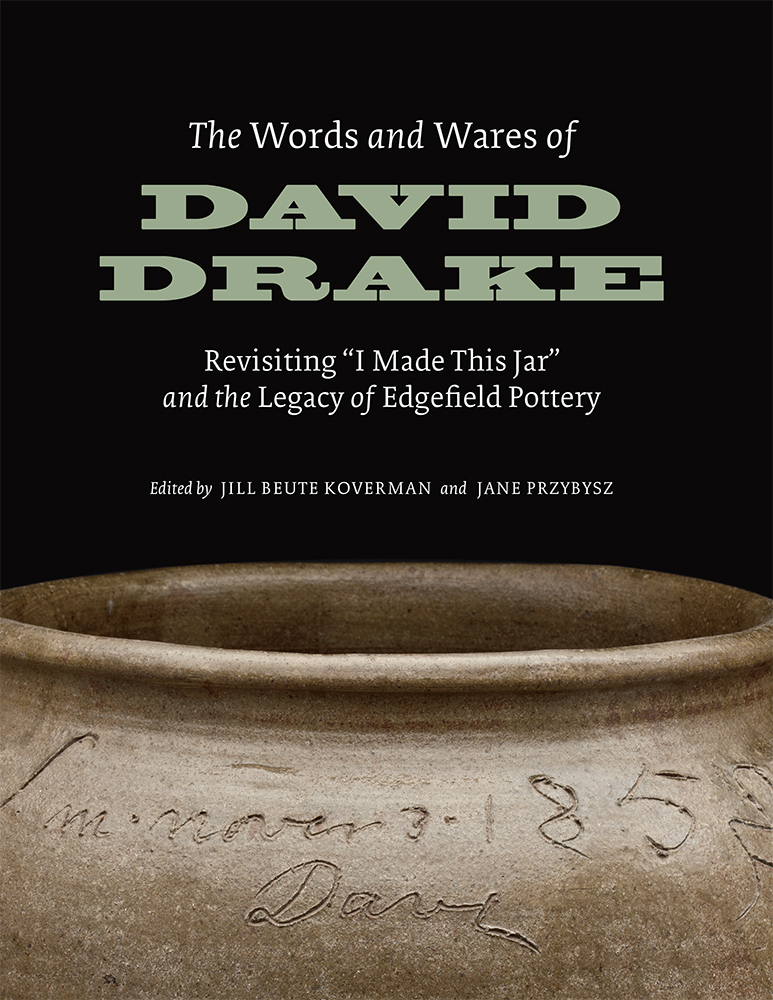 The Words and Wares of David Drake

Revisiting "I Made This Jar" and the Legacy of Edgefield Pottery

A celebration of the remarkable poem vessels of Dave the Potter

David Drake, also known as Dave the Potter, was born enslaved in Edgefield, South Carolina, at the turn of the nineteenth century. Despite laws prohibiting enslaved people from learning to read or write, Drake was literate and signed some of his pots, not only with his name and a date, but with verse—making a powerful statement of resistance.

The Words and Wares of David Drake collects multifaceted scholarship about Drake and his craft. Building on the 1998 national traveling exhibit catalog, "I Made This Jar. . .": The Life and Works of Enslaved African American Potter, Dave, and featuring more than eighty beautiful images and seven new essays, it presents the diverse perspectives of African American and American Studies' scholars, archaeologists, artists, collectors, and historians. Drake's work is now so highly prized it will be the cornerstone of the Metropolitan Museum of Art's traveling exhibit of nineteenth century ceramic art from Edgefield that opens in September 2022.


Jane Przybysz is the executive director of McKissick Museum at the University of South Carolina.

Jill Beute Koverman was chief curator of collections at the McKissick Museum when she died in 2013.