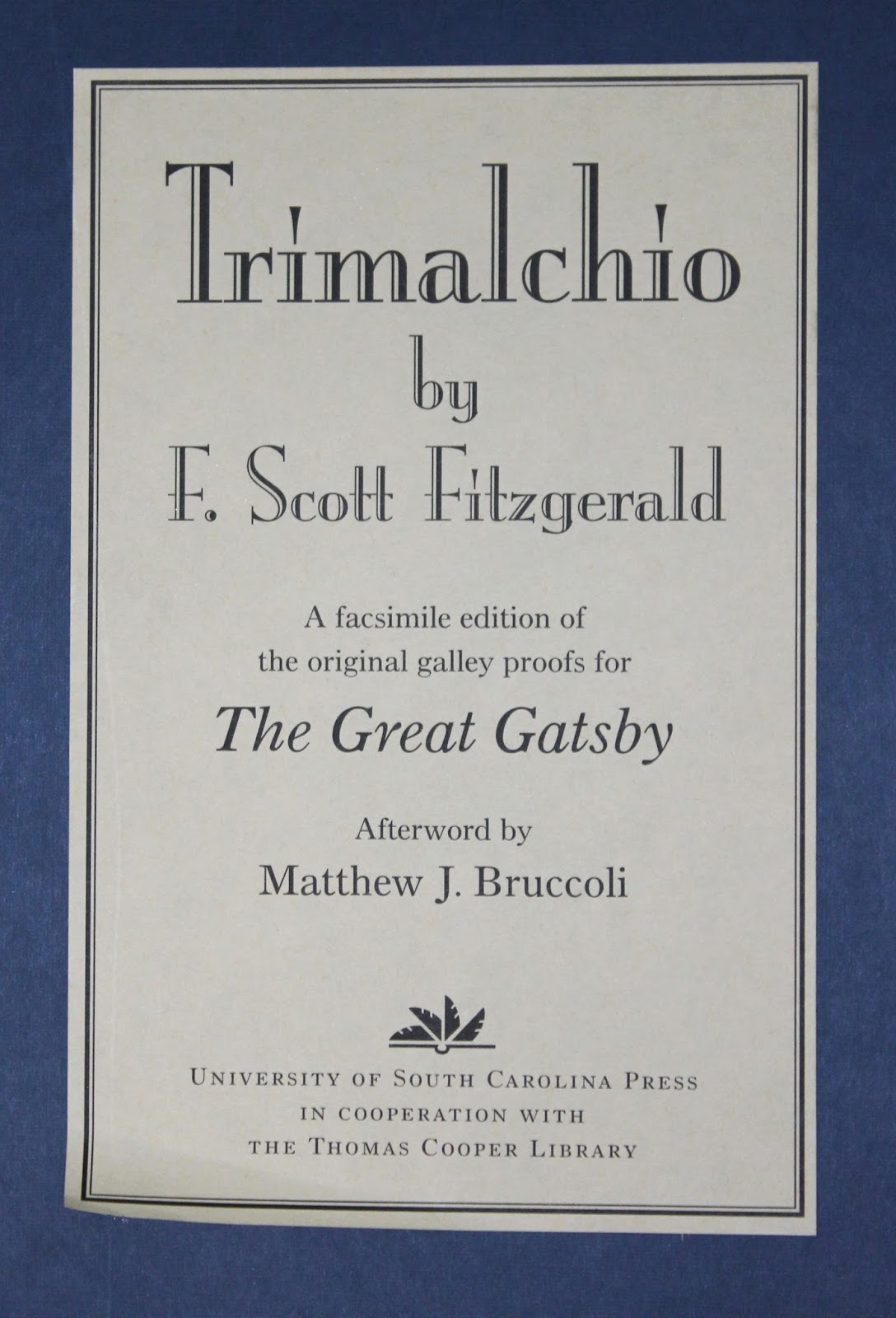 In November 1924 F. Scott Fitzgerald sent the typescript for his third novel, tentatively titled "Trimalchio," to his editor, Maxwell Perkins. In the following four months Fitzgerald extensively revised and rewrote the text in galley proof and at the urging of his editor selected a new title for the novel. On April 10, 1925, Charles Scribner's Sons published The Great Gatsby to warm reviews but disappointing sales. In time the work would be recognized as the great American novel and become a staple of high school and college literature courses throughout the country. Published here for the first time is the original version, which permits readers a look at Fitzgerald's progression from a brilliant first draft to a masterpiece.

Edited by Matthew J. Bruccoli, Trimalchio is a facsimile of the only extant set of the novel's unrevised galley proofs, which are now part of the Bruccoli Collection of F. Scott Fitzgerald at the University of South Carolina Library. In his afterword to this version of the text, Bruccoli identifies the sources for the novel's characters and setting, corrects commonly accepted notions about Fitzgerald's revision of the novel, and details the correspondence between Perkins and Fitzgerald about the novel's structure and character development. Comparing the final text of The Great Gatsby with the Trimalchio galleys, Bruccoli reconstructs Fitzgerald's work during the winter of 1924-1925, which included substantial rewriting and reordering of chapters 6, 7, and 8.