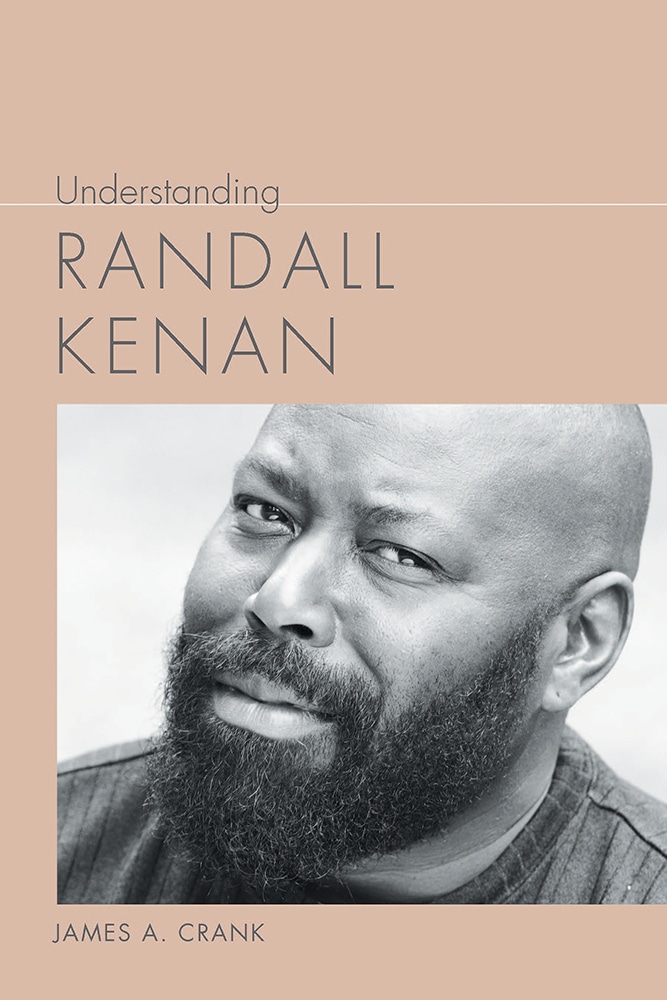 Randall Kenan is an American author best known for his novel A Visitation of Spirits and his collection of stories Let the Dead Bury Their Dead, which was a finalist for the National Book Critics Circle Award, was a nominee for a Los Angeles Times Book Prize for fiction, and named a New York Times Notable Book. He is the recipient of a Guggenheim Fellowship, as well as the Whiting Writers Award, Sherwood Anderson Award, John Dos Passos Award, Rome Prize, and North Carolina Award for Literature.

Understanding Randall Kenan is the first book-length critical study of Kenan, offering a brief biography and an exploration of his considerable oeuvre—memoir, short stories, novels, journalism, folklore, and essays. Kenan's writing can be complex and sometimes highly stylized while covering a broad range of topics, though he often explores African Americans' complicated relationships, specifically as they struggle to make connections along other axes of class, gender, and sexual identity. Crank explores these themes and how they influence Kenan's work through a personal interview with the author.


James A. Crank is an associate professor of American literature and culture at the University of Alabama, a National Humanities Center Fellow, and cohost of the podcast The Sound and the Furious. His essays have appeared in Agee Agonistes: Essays on the Life, Legend, and Works of James Agee and Southerners on Film: Essays on Hollywood Portrayals since the 1970s. Crank's books include Understanding Sam Shepard, New Approaches to Gone with the Wind, and Race and New Modernisms.

"At once intimate, richly informative, and critically insightful, James A. Crank's Understanding Randall Kenan is the perfect companion to the moveable feast that is Kenan's powerfully affecting fiction and non-fiction. New and long-time readers alike will find this volume a valuable roadmap through the multiple genres and complex lineages of Kenan's existing oeuvre, and for his work to come."—Katherine R. Henninger, Louisiana State University