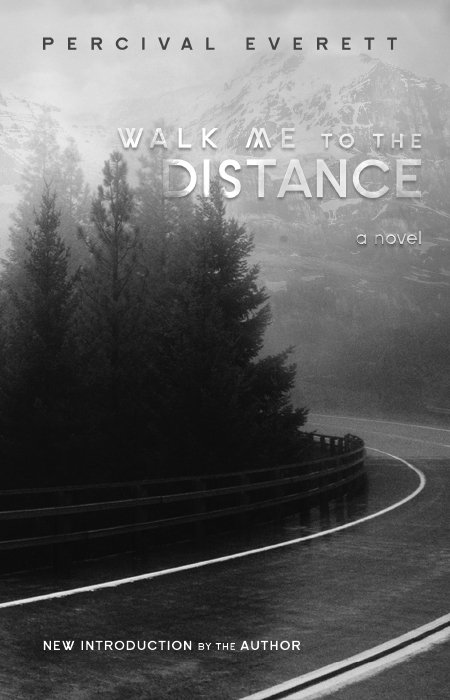 Walk Me to the Distance

Vietnam veteran David Larson can't go home again. Instead the Georgia native wanders westward into the desolate landscape of Slut's Hole, Wyoming, and seeks to integrate himself amid a hardscrabble cast of memorable locals. David is taken in by Sixbury, a one-legged widow, sheep farmer, and mother to a nearly adult mentally handicapped son. This rough-hewn family unit is later augmented when David becomes the unwilling guardian to Butch, a Vietnamese girl abandoned at a highway rest stop. A tragic turn of events moves the novel into violent territory that bridges western laconic traditions with southern gothic and interrogates our notions of home, family, duty, and the always uncertain responsibilities of the individual in society.

First published in 1985, Walk Me to the Distance was Percival Everett's second novel, a hauntingly dark tragicomedy of the modern West, still clinging to a mythical heritage and code of frontier justice. With spare strokes Everett paints a telling landscape of big-sky country, where the mere act of living can be hard, cruel, and heart-stopping. This Southern Revivals edition includes a new introduction by the author and a contextualizing preface from series editor Robert H. Brinkmeyer, director of the University of South Carolina Institute for Southern Studies.

Percival Everett is the author of more than twenty books, including the novels Percival Everett by Virgil Russell, Assumption, Erasure, I Am Not Sidney Poitier, The Water Cure, Wounded, and Glyph; three short story collections; and two volumes of poetry. Everett is the recipient of the Dos Passos Prize, the PEN Center USA Award for fiction, the Academy Award of the American Academy of Arts and Letters, the Hurston/Wright Legacy Award, the Believer Book Award, the Vallombrosa Von Rezzori Prize, the PEN/Oakland–Josephine Miles Award for Excellence in Literature, and the New American Writing Award. His stories have been included in the Pushcart Prize XXIII anthology and Best American Short Stories, and he has served as a judge for the National Book Award for fiction and the PEN/Faulkner Award for fiction. Everett is currently a Distinguished Professor of English at the University of Southern California.

"Everett's story has violence and pathos, but it is really his terse writing that makes the novel potent. The silences between his taciturn Western characters, like the time bending in good jazz, are loaded with meaning. His characters, alternately pitiful and admirable, are both convincing and memorable. . . . This novel is like a winter in Slut's Hole: unsettling, harsh, and ultimately unforgettable."—People

"Everett manages to tell a great deal about one man's moral dilemma and cluttered path to repatriation. The note of hope on which this moving story ends, though tentative, is fully deserved."—Publishers Weekly