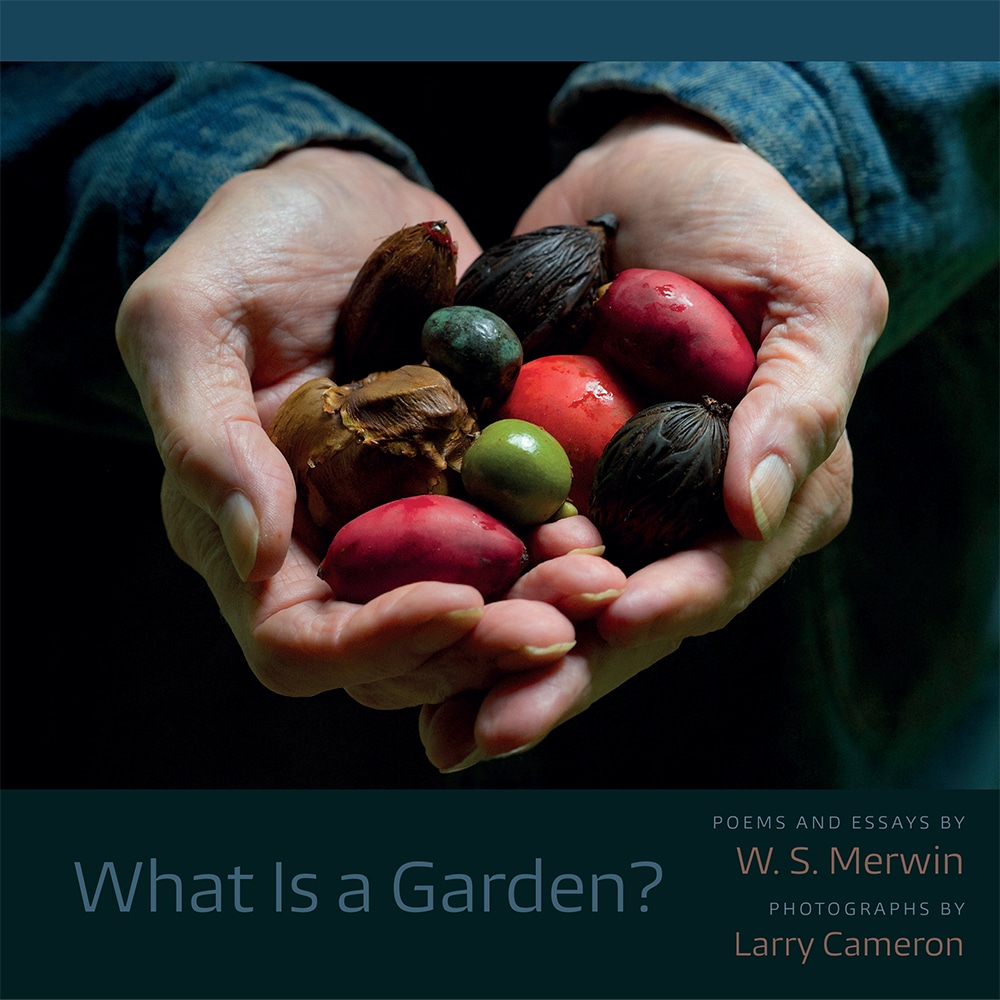 What Is a Garden?

Poet and environmentalist W. S. Merwin moved to Hawaii in 1976 and has spent the last forty years planting nineteen acres with more than eight hundred species of palm, creating a lush garden on a ruined former pineapple plantation. Now the Merwin Conservancy, this land has served as Merwin's muse and his passion, appearing as a consistent subject of his poems and his germinal essays on conservation. What Is a Garden? collects eight of Merwin's poems and three of his essays emblematic of his palm garden writings from the 1980s to the present and presents them alongside photographer Larry Cameron's spectacular images of Merwin's garden, all taken between 2013 and 2014. These photographs lure readers deep into Merwin's palm garden and offers a rare glimps into this private exotic landscape as a visual feast for the viewer, rich with insights into the spirit of the place that has inspired Merwin's poetry.

Cameron first met Merwin in the early1990s while working on a documentary film about the emergence of Merwin's environmental consciousness. What Is a Garden? also includes a new introduction by Merwin chronicling his personal history with his palm garden, Cameron's photographer's note on his friendship with the poet and his inspiration for this collection, and an identification guide to the plants featured in the volume.

One of the United States' most acclaimed contemporary poets, former U.S. poet laureate W. S. Merwin is the author or translator of more than fifty books. He is a two-time recipient of the Pulitzer Prize for Poetry and winner of a National Book Award, a Tanning Prize, a PEN Translation Prize, a Lenore Marshall Poetry Prize, and other honors. His most recent books are The Moon before Morning, The Shadow of Sirius, The Book of Fables, and Present Company.

Filmmaker and photographer Larry Cameron is a former staff member of the South Carolina Department of Natural Resources and the University of South Carolina. His nature photographs have been published in Audubon, Sierra, Outside, and Wilderness, as well as locally in South Carolina Wildlife, Sandlapper, and Riverbanks magazines.

"Just as paths should bend and curve to slow your walk through a garden, so the curves in Merwin's prose settle our minds into a deeper consideration of what we're reading."—New York Times

"Impressive, exceptional, extraordinary, "What is a Garden?" is very highly recommended for personal, community, and academic library collections and will prove to be on inherent fascination for all dedicated gardeners and environmentalists."—Midwest Book Review