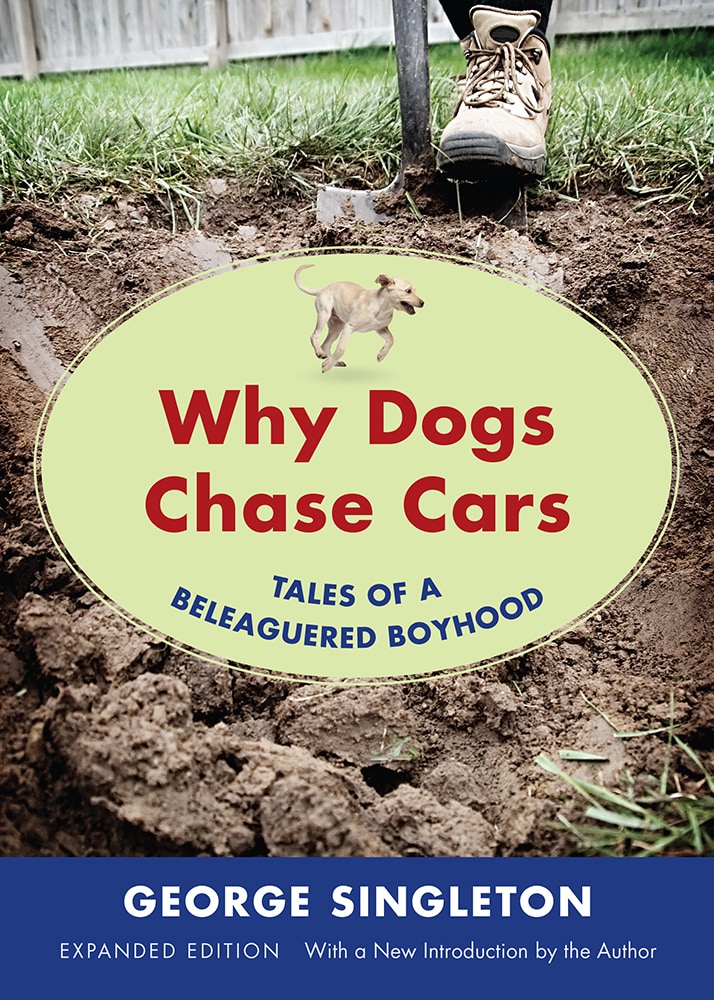 Tales of a Beleaguered Boyhood

Accomplished South Carolina storyteller George Singleton has been called "the unchallenged king of the comic southern short story" by the Atlanta Journal-Constitution, "a breakthrough writer you need to know" by Book magazine, and "a big-hearted evil genius who writes as if he were the love child of Alice Munro and Strom Thurman" by novelist Tony Earley. Singleton's third collection Why Dogs Chase Cars comprises fourteen uproarious short stories about Mendal Dawes, a young boy coming of age in the backwoods town of Forty-Five, South Carolina, and coming to terms with his eccentric but well-intentioned father. Singleton writes in an earnest and consistently comic voice as he skillfully navigates themes of race, class, family, and southern heritage. In his vision of the small-town South, where the "gene pool [is] so shallow that it wouldn't take a Dr. Scholl's insert to keep one's sole dry," cynicism ultimately gives way to empathy and an understanding of the empowering ties that always bind one to home and family.

This Southern Revivals edition includes a new introduction by Singleton himself, as well as a previously unpublished story, "Poetry," and an expanded ending to "The Earth Rotates This Way," the final piece in the collection.

George Singleton is the author of two novels—Novel and Work Shirts for Madmen—four short story collections—These People Are Us, The Half-Mammals of Dixie, Drowning in Gruel, and Stray Decorum—and a nonfiction guide for writers. Singleton is a 2009 Guggenheim Fellow and a 2011 winner of the Hillsdale Award for Fiction from the Fellowship of Southern Writers. He currently teaches writing at the South Carolina Governor's School for the Arts and Humanities. His fiction has appeared in a wide range of magazines, including the Atlantic Monthly, Harper's, Playboy, Esquire, Zoetrope, the Georgia Review, the Southern Review, and many others.

"In between swipes at homogeneity and herd mentality, Singleton creates a dead-on portrait of the way we carry our childhoods into adulthood and how, despite vows to leave small towns, we can end up back home, still running, like stray dogs hoping a passing car will stop and give us a ride somewhere else."—Booklist

"This is a South that knows something of suburbia, and while the characters may not be in the best circumstances, this is a great new take on the hard-drinking, hardscrabble Southerner."—Raleigh News and Observer

"Like a gentler Harry Crews, Singleton explores the backwaters of Southern life in this offbeat, episodic collection."—Publishers Weekly