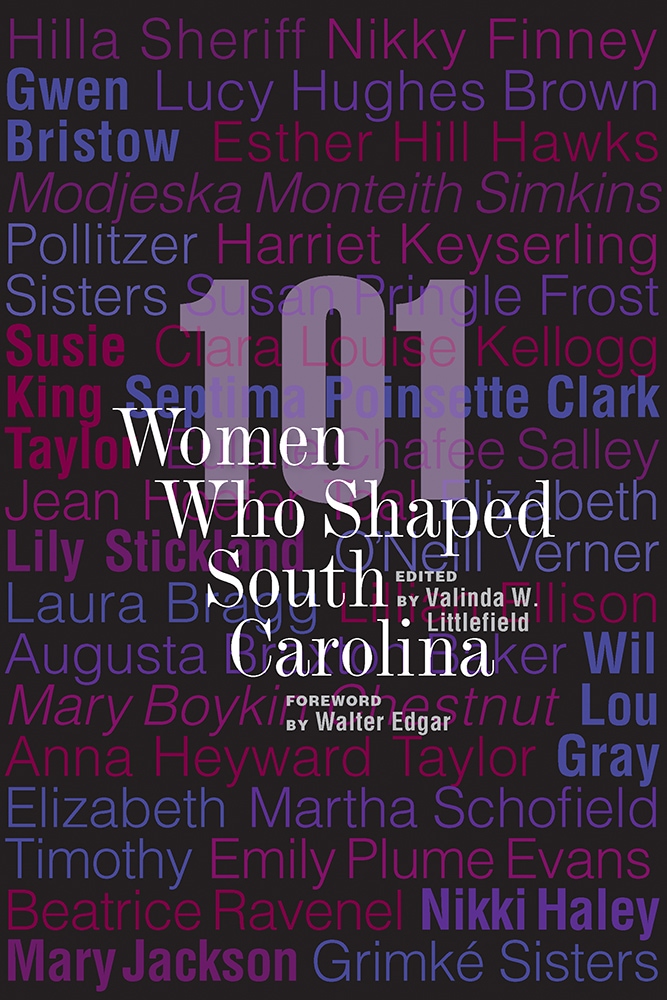 Prior to the twenty-first century, most historical writing about women in South Carolina focused on elite White women, even though working-class women of diverse backgrounds were actively engaged in the social, economic, and political battles of the state. Although often unrecognized publicly, they influenced cultural and political landscapes both within and outside of the state's borders through their careers, writing, art, music, and activism. Despite significant cultural, social, and political barriers, these brave and determined women affected sweeping change that advanced the position of women as well as their communities.

The entries in 101 Women Who Shaped South Carolina, which include many from the landmark text The South Carolina Encyclopedia, offer a concise and approachable history of the state, while recognizing the sacrifice, persistence, and sheer grit of its heroines and history makers.

A foreword is provided by Walter Edgar, Neuffer Professor of Southern Studies Emeritus and Distinguished Professor Emeritus of History at the University of South Carolina.


Valinda W. Littlefield is an associate professor of history and the director of African American studies at the University of South Carolina. She is a coeditor of South Carolina Women: Their Lives and Times and a contributor to Becoming Southern Writers: Essays in honor of Charles Joyner and The Routledge History of the American South.

"an exciting entry point for those interested in women's history. The entries found in the book cover a wide range of time and activities, making this an excellent resource for those looking for comprehensive coverage of how women were involved in making the history of South Carolina This work would find a welcome home in history collections available to both scholars and the public."—South Carolina Libraries