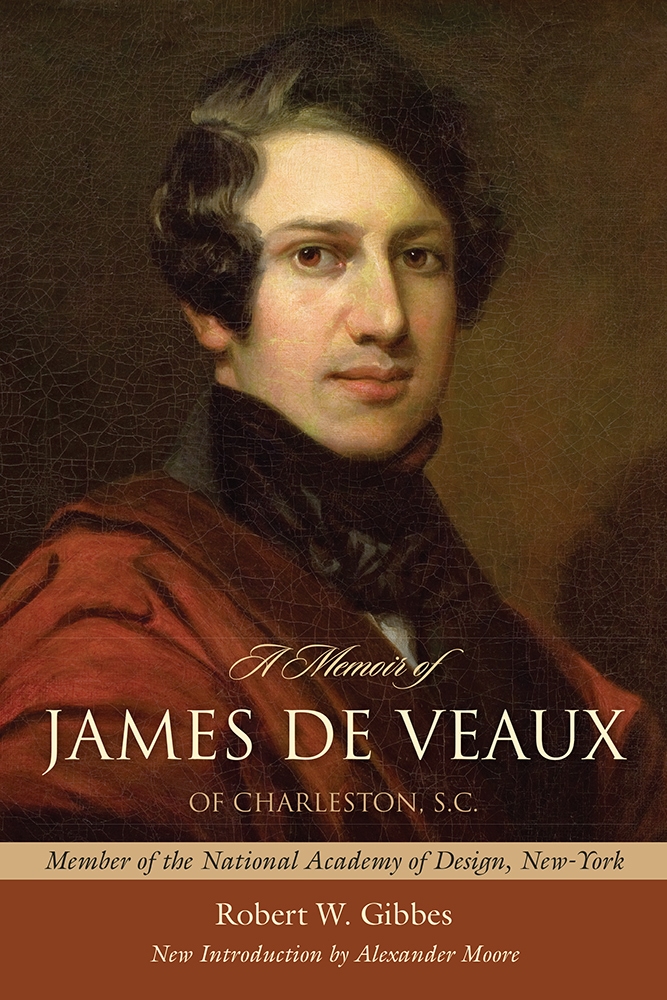 A Memoir of James De Veaux of Charleston, S.C.

Member of the National Academy of Design, New-York

James De Veaux (1812-1844) was a promising young South Carolina-born artist who began his career painting portraits up and down the East Coast and throughout his native state. First published by Robert W. Gibbes in 1846, A Memoir of James De Veaux, of Charleston, S.C. is a biography and selected edition of the artist's letters and diary entries. It is also the first work published in South Carolina devoted solely to the state's visual arts. Although De Veaux's life and career were tragically brief, he produced a considerable body of work, mostly portraits, and availed himself of the best possible art training of his era.

A Memoir of James De Veaux, of Charleston, S.C. recounts the artist's experiences in the European art world, including its academies, private collections, and the fine art collections of its most famous palacesand churches. De Veaux's paintings and writings that Gibbes published in A Memoir offer insight into the artistic culture of antebellum South Carolina and of the links of the small state to Americans abroad.

Gibbes edited these materials and tied them together with a biography of De Veaux that surveyed his education, early career, and success as a portrait painter.

This Southern Classics edition is augmented with a scholarly introduction, textual notes and index by Alexander Moore, including biographical and art history information. He also traces the network of De Veaux's friends and patrons, who supported the young artist's career. With particular attention to De Veaux and Gibbes, Moore examines the destruction wrought by the Civil War on the artistic, scientific, and literary culture of South Carolina.


Robert W. Gibbes (1809–1866) was a naturalist, physician, book and newspaper publisher, and patron of the arts. He was a science professor at South Carolina College, twice mayor of Columbia, and South Carolina's surgeon general during the Civil War.

Alexander Moore is a historian of colonial South Carolina, a documentary editor, and an acquisitions editor at the University of South Carolina Press. He is the author, editor, or coeditor of several works on Southern history, including Selected Letters of Anna Heyward Taylor: South Carolina Artist and World Traveler.