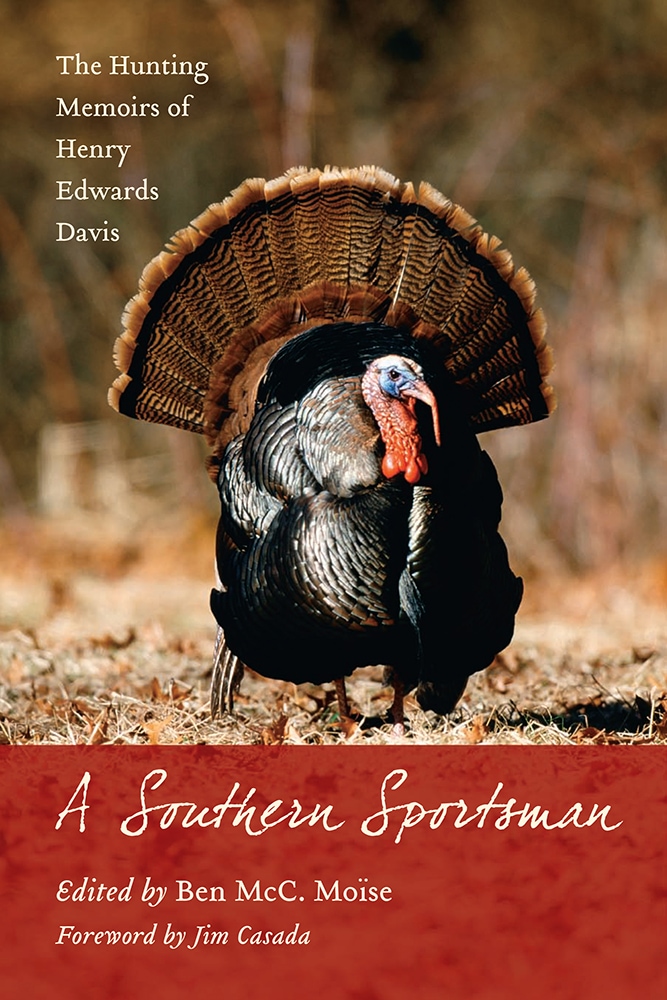 Henry Edwards Davis (1879-1966) began his hunting adventures as a boy riding in the saddle with his father on foxhunts and deer drives in the company of Confederate cavalry veterans. Born on Hickory Grove Plantation in Williamsburg County, South Carolina, Davis developed his taste for the hunt at an early age. In later years he became a renowned sportsman and expert on sporting firearms. Published here for this first time after a four-decade-long hiatus, his collection of southern hunting tales describes his many experiences in pursuit of turkeys, deer, ducks, and partridges through the fields, forests, and swamps of South Carolina's Pee Dee region. His memoir offers a lucid firsthand account of a time before paved roads and river-spanning bridges had penetrated the rural stretches of Williamsburg and Florence counties, when hunting was still one of a southerner's chief social activities. With a sportsman's interest and a historian's curiosity, Davis intersperses his hunting narratives with tales of the region's rich history, from before the American Revolution to his times in the first half of the twentieth century.

Davis, a connoisseur of fine sporting firearms, also chronicles his personal experiences with a long line of rifles and shotguns, beginning with his first "Old Betsy," a fourteen-gauge, cap-lock muzzleloader, and later with some of the finest modern American and British shotguns. He describes as well a host of small-bore rifles, many of which he assembled himself, bedding the barrels and actions in hand-carved stocks.

Edited by retired lowcountry game warden Ben McC. Moïse and featuring a foreword by outdoor writer Jim Casada, Davis's memoir is a valuable account of hunting lore and historic firearms, as well as a record of evolving cultural attitudes and economic conditions in post-Reconstruction South Carolina and of the practices that gave rise to modern natural conservation efforts.


Henry Edwards Davis was a successful attorney in Florence, South Carolina, and an avid sportsman, horticulturist, furniture maker, and historian best remembered for his 1949 book, The American Wild Turkey, considered to be the definitive work on wild turkeys and turkey hunting. Between 1932 and 1949 he contributed technical articles on sporting guns, ammunition, and turkey hunting to the American Rifleman.

Ben McC. Moïse was a conservation officer with the South Carolina Department of Natural Resources from 1978 to 2002. He is the author of Ramblings of a Lowcountry Game Warden: A Memoir and a frequent contributor to the Charleston Post and Courier, Charleston Mercury, Garden and Gun, and other regional publications. Moïse lives in Charleston.

"Back in the mid-1930s, now nearly eighty years ago, the only two men writing turkey stories, real turkey stories that is, were Henry E. Davis and Archibald Rutledge. This first publication of Davis's forty-year-old manuscript is an enchanting view into another era, with all of that era's faults, foibles, and misconceptions. The book is pure Davis: literate, articulate, beautifully written, and a fascinating look into the past. It also serves as a warning not to be overly critical of rifles, predator elimination, mistaken opinions, and driven birds. God knows what they will be thinking of us eighty years from now."—Tom Kelly, author Tenth Legion: Tips, Tactics, and Insights on Turkey Hunting

"Anyone who spends an inordinate amount of time in the spring woods chasing gobblers will buy this book for the cover alone, but beyond that it is an entrancing window to a past that will not come again, like Henry E. Davis's cherished fourteen-gauge shotgun. This memoir breaths the hot breath of one who was there when shooting hours stopped when it was too dark to see and the bag limit was reached when you ran out of shot and powder. Follow Davis back through the years to a time and place both nostalgic and exciting. The only disappointing moment in the book is the one when you close the cover on the last page and realize it's finished."—Joel M. Vance, author of Tails I Lose: Coping with Bird Dogs

"In describing the deer hunts recorded in his memoir, Henry E. Davis captures vividly his quarry's behaviors, the surrounding landscape, and the hunter's actions—and the latter with all of the colorful details so characteristic of his time. After all, lacing a good hunting story with copious information reveres the quarry. A Southern Sportsman harkens kindred spirits to bygone days steeped in tradition and filled with excitement when the air rang with the 'cries of the oncoming pack.' It is a nostalgic visit for those who lived in this time and a history lesson for those who followed."—R. Joseph Hamilton, certified wildlife biologist and founder of Quality Deer Management Association

"The hunting community is lucky to have Ben Moïse edit these lost memoirs of Henry E. Davis. I've been hunting foxes most of my life and was thoroughly interested to see the differences and similarities between the practices of today and those of the 1800s and early 1900s as Davis describes them. His depictions of pursuing other quarry through the South Carolina woods and swamps are equally detailed and interesting. We owe a debt of thanks to Mr. Davis for writing this memoir and to Mr. Moïse for seeing the value of these accounts and sharing them with us now."—Benjamin H. Hardaway III, author of Never Outfoxed

"Unlike a gallon of milk, hunting stories have no expiration date. Hunting stories provide a window to the past. If they are recounted in detail, someone can almost catch a whiff of burned gunpowder, hear the sound of baying hounds or spy the sunrise through towering cypress. Hunting stories also provide historical context on the landscape, game abundance and prevailing cultural attitudes. The publishing of Henry Davis' hunting memoirs accomplishes all of the above and more. Davis writes in sharp detail throughout the book. Nothing is lost to memor"—Charleston Post & Courier

"A Southern Sportsman is a book worth reading and having."—Florence Morning News