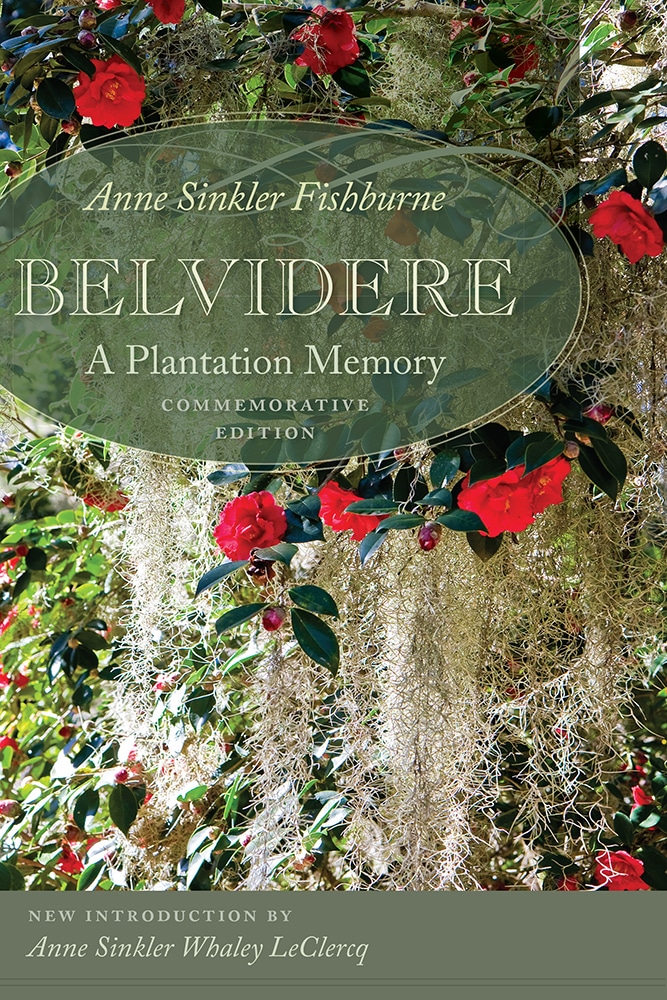 "Belvidere is underwater too deep for any eye but that of memory to reach," begins Anne Sinkler Fishburne reverential recollections of her ancestral home. Located in between Santee River and Eutaw Creek near present day Eutaw Springs, South Carolina, Belvidere plantation once produced Santee long cotton (a hybrid between Upland cotton and Sea Island cotton) and short staple cotton on its nearly 800 acres of rich Lowcountry soil and served as the home of the Sinkler family from the 1770s until the 1940s. An elegant two-story timber house was built on the property in 1803, complete with full-brick basement, brick foundation, a welcoming piazza across the front, and a large wing balanced on the opposite side with a brick-paved sun piazza. In 1936, a race track was constructed at Belvidere to host races for the St. John's Jockey Club (originally the Santee Jockey Club). The storied and vibrant life at Belvidere came to a close in 1941, however, with the completion of the huge Santee Cooper hydroelectric development. Belvidere, like many plantations of the parish, now rests below the waters of Lake Marion, but its past can still be experienced by the modern reader in this plantation memory.

First published in 1949, Belvidere chronicles life at the plantation through letters, memoir, and historical research. When Fishburne gathered the materials that compose this volume, she merely wished to preserve for her grandchildren the story of the plantation that was her beloved home and that of many generations of her forebears. Written in an invitingly authentic Lowcountry voice, the resulting narrative is an opportunity to sit on the piazza and walk the gardens once more and share stories of a way of life from a bygone era. Featuring twenty-four illustrations, this commemorative edition of Belvidere is enhanced with a new introduction by Fishburne's granddaughter Anne Sinkler Whaley LeClercq, an accomplished family historian, author, and editor.

Anne Sinkler Whaley LeClercq (1942–2014), a native of Charleston, was a granddaughter of Anne Sinkler Fishburne. LeClercq was also the author of An Antebellum Plantation Household: Including the South Carolina Low Country Receipts and Remedies of Emily Wharton Sinkler and A Grand Tour of Gardens: Traveling in Beauty through Western Europe and the United States and the editor of Between North and South: The Letters of Emily Wharton Sinkler, 1842–1865 and Elizabeth Sinkler Coxe's Tales from the Grand Tour, 1890–1910.

"Nan preserved every letter, diary, photograph, memoir, and guest book important to the history of Belvidere and kept them in her Pinopolis home. Because I was the librarian, she gave many of them to me. In the process of discovering my family history, I made a personal commitment to preserving those memories by editing and publishing those valuable records. They have been the sources for four edited works. This revised edition of Belvidere: A Plantation Memory serves as my final act of homage to [our] beloved Belvidere."—Anne Sinkler Whaley LeClecrq, from the new introduction