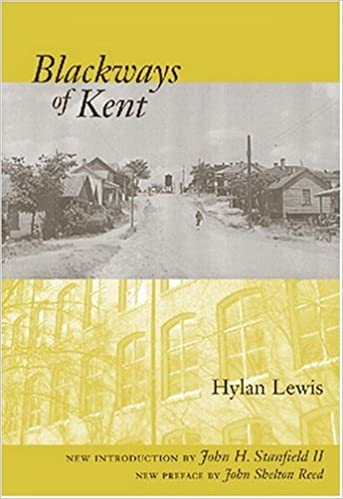 The Kent Trilogy, consisting of Blackways of Kent (1955), Millways of Kent (1958), and the previously unpublished Townways of Kent, forms a remarkable Southern ethnography that maps the social stratification of the piedmont mill town of York, South Carolina, in the late 1940s. In 1946 the University of North Carolina's Institute for Research in Social Science commissioned a series of Southern community studies from which these volumes resulted.

In Blackways of Kent Hylan Lewis offers a participant-observer's views on small-town southern race relations in the mid-twentieth century. Based on Lewis's interviews with community informants and experiences working in York between 1948 and 1949, the dynamic descriptions of individuals and rich explorations of institutions and traditions bring the community to life once more. Segregated from the townfolk and from the poor whites of the mill village, the black community constructed a fully realized culture all its own. Most telling in Lewis's astute observations into the hierarchy of this community is that, unlike the rigid white class structure based in ancestry and wealth, stratification in the black community was governed by personal behavior. From Lewis's holistic case study, the modern reader gleans much about community formation in the small-town South and witnesses the early development of a noted public sociologist.

This Southern Classics edition is expanded with a new preface by John Shelton Reed on the origins and impact of the Kent Trilogy and new introduction by John H. Stanfield II detailing Lewis's research for this volume as well as his subsequent career.


The distinguished career of Hylan Lewis (1911–2000) included appointments at the University of North Carolina at Chapel Hill, Atlanta University, Brooklyn College, and the City University of New York Graduate Center.

John H. Stanfield II is a professor of African American and African diaspora studies and sociology at Indiana University Bloomington and the author of Philanthropy and Jim Crow in American Social Science.

John Shelton Reed is the William Rand Kenan Jr. Professor Emeritus of sociology at the University of North Carolina at Chapel Hill, where he was director of the Howard Odum Institute for Research in Social Science and cofounder of the Center for the Study of the American South.