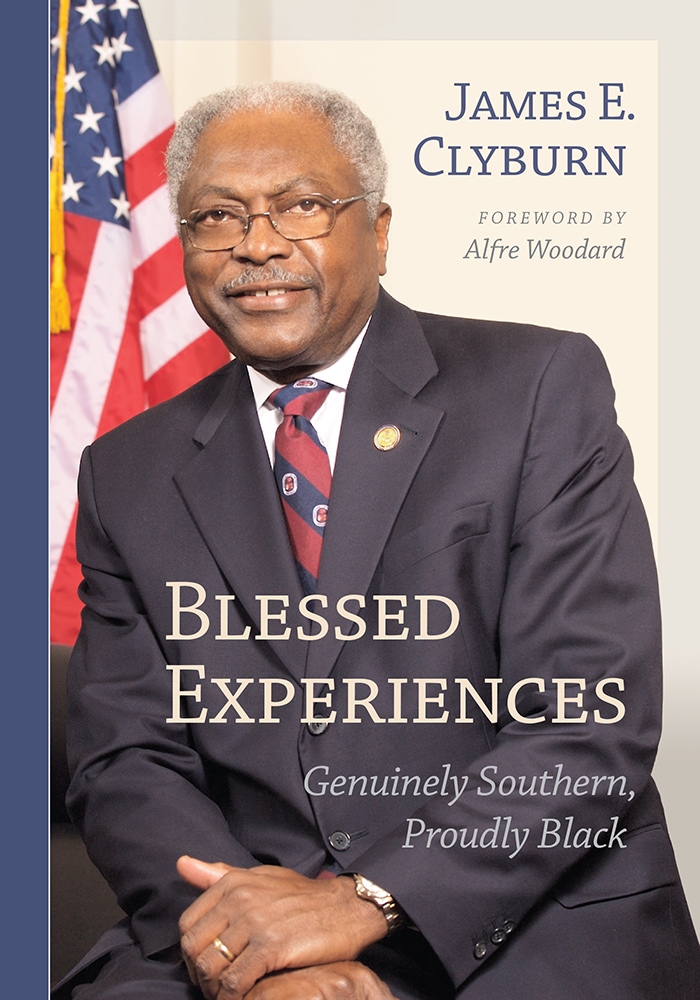 From his humble beginnings in Sumter, South Carolina, to his prominence on the Washington, D.C., political scene as the third highest-ranking Democrat in the House of Representatives, U.S. Congressman James E. Clyburn has led an extraordinary life. In Blessed Experiences, Clyburn tells in his own inspirational words how an African American boy from the Jim Crow-era South was able to beat the odds to achieve great success and become, as President Barack Obama describes him, "one of a handful of people who, when they speak, the entire Congress listens."

Born in 1940 to a civic-minded beautician and a fundamentalist minister, Clyburn began his ascent to leadership at the age of twelve, when he was elected president of his National Association for the Advancement of Colored People (NAACP) youth chapter. He broke barriers through peaceful protests and steadfast beliefs in equality and justice. Of his success Clyburn says he was "blessed with nurturing parents, a supportive family, and loyal friends." But, he added, "my life was not just about knocking down doors and lowering barriers. I spent some time marching in the streets and occupying the inside of South Carolina jails." As a civil rights leader at South Carolina State College, as human affairs commissioner under John C. West and three subsequent governors, and as South Carolina's first African American congressman since 1897, Clyburn has established a long and impressive record of public leadership and advocacy for human rights, education, historic preservation, and economic development.

Clyburn was elected to Congress in 1992. Serving as copresident of his freshman class, he rose quickly through the ranks and was elected chair of the Congressional Black Caucus in 1999 and House Democratic Caucus vice chair in 2002. Three years later he was unanimously elected chair of the Democratic Caucus. When Democrats regained the House majority in 2006, Clyburn was elected House majority whip. Now as assistant Democratic leader in the 112th Congress, Clyburn, a self-described independent, prides himself on working to overcome barriers and destroy myths without becoming too predictable. "I have worked across party lines to further legislative causes, and on occasion publicly differed with some of my allies in the civil rights community," says Clyburn. "My experiences have not always been pleasant, but I have considered all of them blessings."


James E. Clyburn has represented South Carolina's sixth district in the U.S. House of Representatives since 1993, and he currently serves as assistant Democratic leader of the House. He has been married to the former Emily England since June 1961, and they have three daughters, two sons-in-law, and three grandchildren. The congressman and his wife live in Columbia, South Carolina.

"A most welcome memoir by a remarkable role model of unquestioned character."—Kam Williams

"Jim Clyburn's book Blessed Experiences has captured not just the history of this tireless leader's more-than-four decades in public service, but also a sense of the times. His professional life, which stretches from the Civil Rights Act to his current leadership position in the U.S. Congress, reflects the progress of the nation. While Jim has broken many barriers as the most significant African American member of Congress, his true success comes from his approach to collaboration on the national issues, as well as his ability to understand the needs of the constituency that he represents."—Warren Buffett

"Teddy Roosevelt famously praised 'the man in the arena.' Jim Clyburn's inspirational memoir clearly shows the achievements of a man who has lived his life battling in the arena—a master—politician and leading figure in the civil rights movement in South Carolina, reflecting on his life and motivations."—Ernest F. "Fritz" Hollings, Former U.S. senator

"There are few people with more character and integrity, or who have lived a more interesting and dynamic life, than Jim Clyburn. He has great insight, and it's been my honor to serve with him."—Joe Biden

"Inspired and inspiring, Blessed Experiences is informative reading and highly recommended for both community and academic library Black Studies and American Biography collections."—James A. Cox, The Midwest Book Review

"Congressman James Clyburn has displayed a rare mix of wisdom, wit and compassion throughout his illustrious career. He's been a pillar of the community and well-respected representative of the people whether he's on the House floor or at the annual fish fry back in his district. He's a tireless statesman and true Southern gentleman who has demonstrated that he has the courage to challenge conventional wisdom, the political clout to build consensus, and the unwavering commitment to be a champion for those whose agenda is to reach higher ground."—Debra L. Lee, Chairman & Chief Executive Officer, BET Networks

"Blessed Experience: Genuinely Southern, Proudly Black by Congressman James Clyburn is a revelation. This candid autobiography not only charts Clyburn's improbable rise to senior leadership positions in the House of Representatives but also powerfully illuminates America's struggle to free itself from the despair and discrimination that accompanied Jim Crow segregation. Clyburn's words make clear how central the role of local and grass roots activism was in the struggle to find racial justice in places like South Carolina, and helps us better understand the origins of Clyburn's lifelong commitment to help America became a country where fairness and equality trump bigotry and hopelessness."—Lonnie G. Bunch, Founding Director, Smithsonian's National Museum of African American History and Culture.

"A remarkable chronicle of a remarkable life, Blessed Experiences provides a vivid and unforgettable portrait of the Jim Crow South on the eve of its extinction and of a man dedicated to bringing its oppression and injustice to an end. James Clyburn helps us remember our all-too-recent past and the struggles and sacrifices he and so many others endured to build a better world for us all."—Drew Gilpin Faust, President and Lincoln Professor of History, Harvard University

"The remarkable life, career, and growing legacy of James Clyburn is a story that had to be told and is best told by he who lived it. The upward climb from obscurity to leadership positions in South Carolina and the United States Congress is inspiring and motivation to dream both long and large. The achievements are the more inspiring because Jim Clyburn achieved success as a State Official and National Leader coming from a State which still embraces and endorses the Confederacy, therefore racism. Mr. Clyburn, please keep up the good work and we pray much your strength!"—John H. Adams, 87th Bishop, African Methodist Episcopal Church