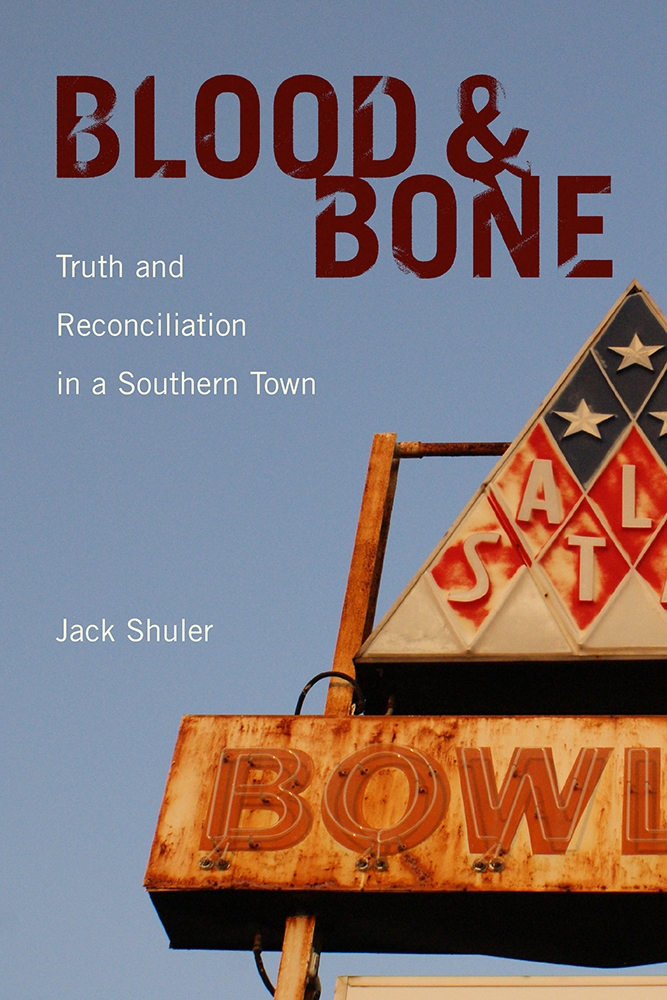 Truth and Reconciliation in a Southern Town

On the night of February 8, 1968, South Carolina state highway patrolmen fired on civil rights demonstrators in front of South Carolina State College, a historically black institution in the town of Orangeburg. Three young black men—Samuel Hammond, Delano Middleton, and Henry Smith—were killed, and twenty-seven other protestors were injured. Preceding the infamous events at Kent State University by more than two years, the Orangeburg Massacre, as it came to be known, was one of the first violent civil rights confrontations on an American college campus. The patrolmen involved were exonerated while victims and their families were left still seeking justice. To this day the community of Orangeburg endeavors to find resolution and reconciliation.

In Blood and Bone, Orangeburg native Jack Shuler offers a multifaceted examination of the massacre and its aftermath, uncovering a richer history than the one he learned as a white youth growing up in Orangeburg. Shuler focuses on why events unfolded and escalated as they did and on the ramifications that still haunt the community.

Despite the violence of the massacre and its contentious legacy, Orangeburg is a community of people living and working together. Shuler tells their fascinating stories and pays close attention to the ways in which the region is shaping a new narrative on its own, despite the lack of any official reexamination of the massacre. He also explores his own efforts to understand the tragedy in the context of Orangeburg's history of violence. His native connections gave him access to individuals, black and white, who have previously not spoken out publicly. Blood and Bone breaks new ground as an investigation of the massacre and also as a reflection by a proud Orangeburg native on the meanings of Southern community.

Shuler concludes that the history of race and violence in Orangeburg mirrors the history of race relations in the United States—a murky and contested narrative, complicated by the emotions and motivations of those who have shaped the story and of those who have refused to close the book on it. Orangeburg, like the rest of the nation, carries the historical burdens of slavery, war, Reconstruction, Jim Crow, and civil rights. Blood and Bone exposes the ways in which historical memory affects the lives of ordinary Americans. Shuler explores how they remember the Orangeburg Massacre, what its meaning holds for them now, and what it means for the future of the South and the nation.

Jack Shuler is an assistant professor of English at Denison University in Granville, Ohio, and the author of Calling Out Liberty: The Stono Slave Rebellion and the Universal Struggle for Human Rights. Shuler's criticism, interviews, reviews, and poems have appeared in the Columbia Journal of American Studies, Southern Studies, the South Carolina Review, the Brooklyn Review, and elsewhere.

"Shuler makes clear that the reconciliation process is long and begins with listening to and paying attention to each other's stories. . . . Filled with the voices of men and women willingly or reluctantly responding to a journalist's probing, Shuler's report paints a dark picture with glimmers of light."—Kirkus Reviews

"Jack Shuler's Blood and Bone is one of the best books ever written on a southern small town. The Orangeburg Massacre had a profound effect on me as it did for so many others living in South Carolina at the time and since. The massacre has blighted the image of Orangeburg like a blister that won't heal. Shuler has written a nuanced story of Orangeburg since that bloody night. He tells all sides of the story with fairness and compassion. The people we meet in these pages are wonderful and the final chapter is spectacular. Shuler gives us a moving love song to his home town."—Pat Conroy

"Shuler does an excellent job of comparing present-day Orangeburg to the town of the 1960s."—Michael J. Goleman, The Journal of Southern History

"Jack Shuler's poetic account of the Orangeburg Massacre of 1968 achieves William Blake's command to see a world in a grain of sand—in this case, the grand American agonies of race and violence in an intimate story of a small Southern place."—Marcus Rediker, author of The Slave Ship: A Human History

"Shuler's book is, quite simply, a conversation with Orangeburg. This is the strength of his book, in which he listens to voices—past, present, and perhaps future—and allows them to tell their stories."—Orangeburg (S.C.) Times & Democrat