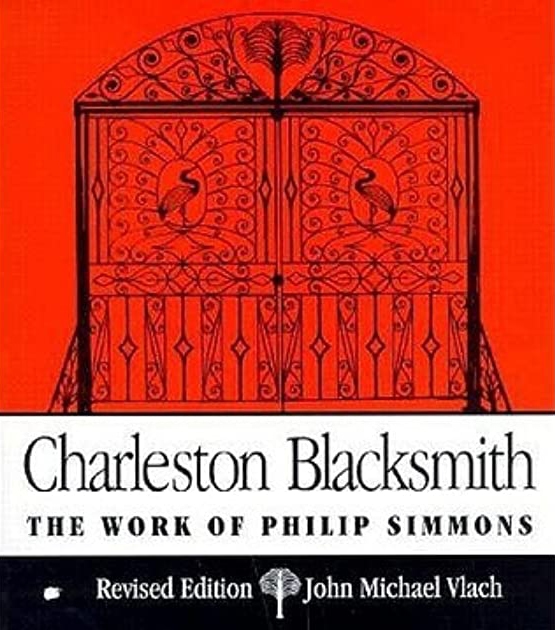 The Work of Philip Simmons

Charleston Blacksmith is a guidebook to the beautiful ironwork of Charleston created by the historic city's best-known blacksmith, Philip Simmons. Simmons's mastery of the craft and his love for the hammer and anvil are evident in more than one hundred photographs of his ironwork that are included in this book. Author John M. Vlach describes the methods, motifs, and materials employed in each piece and shares some of Simmons's personal recollections from the seventy years the blacksmith has spent perfecting his craft. A map of the city is included, giving both the location and a brief description of each creation by Simmons. Readers will quickly understand why Philip Simmons has been hailed a "living national treasure."

John M. Vlach is a professor of American civilization and director of the Folklife Program at George Washington University. He is the author of eight books, including The Afro-American Tradition in Decorative Arts and By the Work of Their Hands: Studies in Afro-American Folklife.