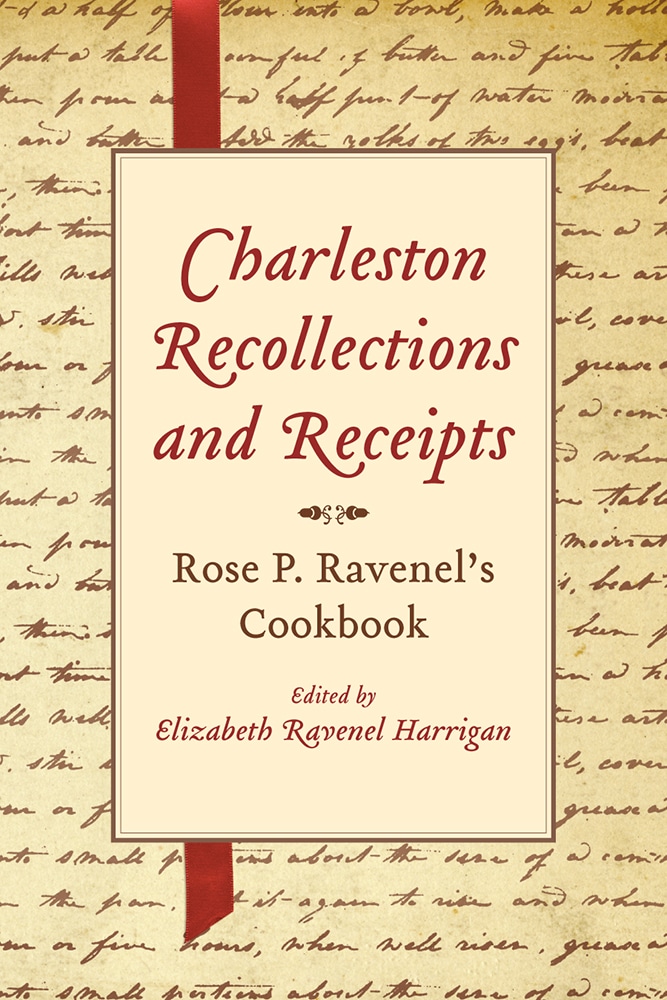 This unique collection of Charleston memories and receipts is drawn from Rose P. Ravenel (1850-1943), daughter of a Huguenot planter, merchant, and ship owner, who kept notebooks throughout her life with stories of the Carolina Lowcountry as well as accounts of her family. During her lifetime Ravenel collected more than two hundred receipts from Charleston ladies of her acquaintance. Editor Elizabeth Ravenel Harrigan, great-niece of Rose P. Ravenel, has put together a selection from her ancestor's notebooks to re-create twelve delicious Charlestonian meals and to capture memories of Charleston before and after the Civil War. Also included are drawings by Ravenel and her friend Lisa Huger Smith.

Elizabeth Ravenel Harrigan is a native of Charleston and grew up on Farmfield Farm, the Ravenel property. The first woman to serve as president of the Carolina Art Association, Harrigan coedited Piazza Tales: A Charleston Memory. She is a retired school psychologist and teacher now living in Washington, D.C.

"Rose Ravenel's book I can recommend without hesitation. The anecdotes are fascinating and offer an honest look at aristocratic Southerners' lives both before and after the Civil War. These receipts offer some gems of regional cuisine."—Donna Florio, senior writer, Southern Living

"It is an amusing and valuable work with great potential as not only a cookbook, but as a Lowcountry souvenir and a sort of social history as well."—John Martin Taylor, culinary historian