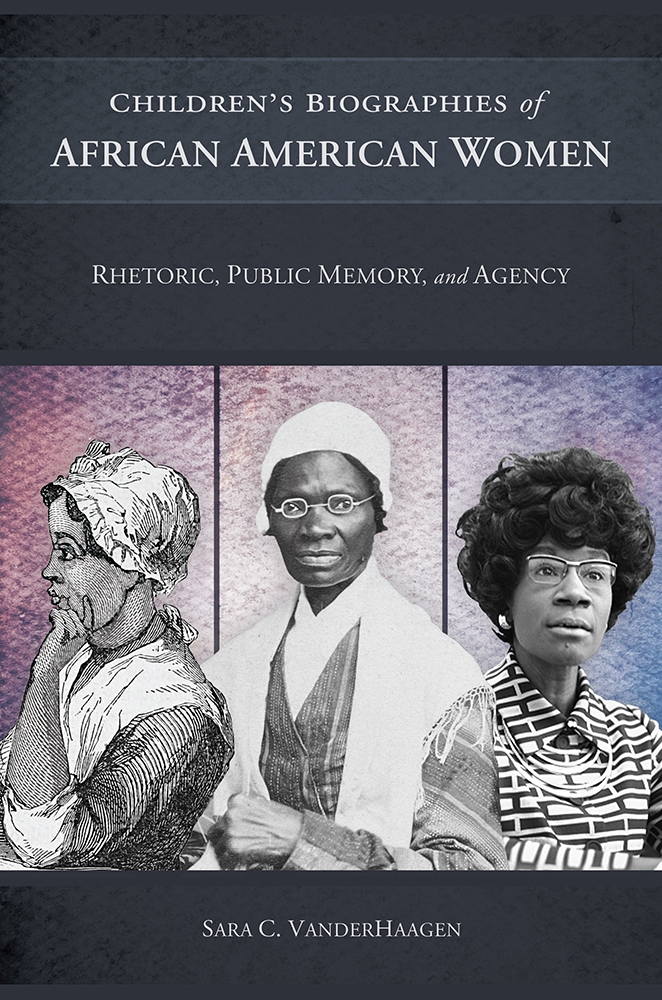 In Children's Biographies of African American Women: Rhetoric, Public Memory, and Agency Sara C. VanderHaagen examines how these biographies encourage young readers to think about themselves as agents in a public world. Specifically VanderHaagen illustrates how these works use traditional means to serve progressive ends and thereby examines the rhetorical power of biography in shaping identity and promoting public action.

Drawing on scholarship in rhetoric, memory studies, and children's literature, VanderHaagen presents rhetorical analyses of biographies of three African American women—poet Phillis Wheatley, activist Sojourner Truth, and educator-turned-politician Shirley Chisholm—published in the United States during the twentieth and twenty-first centuries. VanderHaagen begins by analyzing how biographical sketches in books for black children published during the 1920s represent Wheatley and Truth. The study then shifts to books published between 1949 and 2015. VanderHaagen uses a concept adapted from philosopher Paul Ricoeur—the idea of the "agential spiral"—to chart the ways that biographies have used rhetoric to shape the life stories of Wheatley, Truth, and Chisholm.

By bringing a critical, rhetorical perspective to the study of biographies for children, this book advances the understanding of how lives of the past are used persuasively to shape identity and encourage action in the contemporary public world. VanderHaagen contributes to the study of rhetoric and African American children's literature and refocuses the field of memory studies on children's biographies, a significant but often-overlooked genre through which public memories first take shape.


Sara C. VanderHaagen holds a Ph.D. from Northwestern University and is a teacher and scholar of rhetoric and public address focusing on race, gender, and memory. She is an assistant professor of communication at the University of Wisconsin–Milwaukee.

"VanderHaagen offers a history of rhetorical education that challenges the racialized myth of Black indifference to education. . . . . [She] demonstrates how the Black community operated as an agent of memory and social change in its production of biographies for Black children. Their efforts, which sought to nurture and fortify Black children's self-esteem and racial pride, likewise offered a rhetorical education that equipped Black children with means to navigate the contradiction between America's professed principles and their lived reality."—Ersula J. Ore, Rhetoric Society Quarterly

"Children's Biographies of African American Women demonstrates the value of juvenile biographies as rich sources of public memory and expands our understanding of children's literature for, by, and/or about African Americans. The strongest contribution of this book, though, is in its exploration of the relationship between public memory and agency. [. . .] VanderHaagen writes clearly and builds her case carefully, making her work smart and accessible to a broad audience."—Quarterly Journal of Speech

"[A] beautifully theorized rejoinder to the pedagogical conundrum that suggests children need adults to measure their history out for them in carefully regulated doses. [. . .] By focusing on the agency exerted by biographical subjects, biography authors, and the child readers of these texts, this ambitious and interdisciplinary book offers much to scholars of children's literature and childhood studies."—Children's Literature