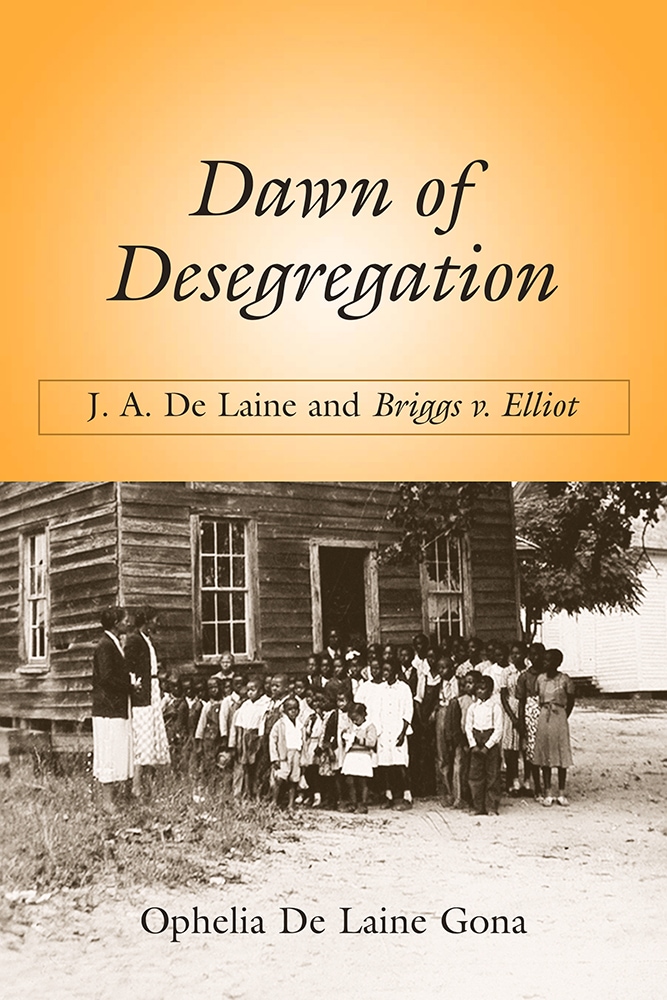 At the forefront of a new era in American history, Briggs v. Elliott was one of the first five school segregation lawsuits argued consecutively before the U.S. Supreme Court in 1952. The resulting collective 1954 landmark decision, known as Brown v. Board of Education of Topeka, struck down legalized segregation in American public schools. The genesis of Briggs was in 1947, when the black community of Clarendon County, South Carolina, took action against the abysmally poor educational opportunities provided for their children. In a move that would define him as an early—although unsung—champion for civil rights justice, Joseph A. De Laine, a pastor and school principal, led his neighbors to challenge South Carolina's "separate but equal" practice of racial segregation in public schools. Their lawsuit, Briggs, provided the impetus that led to Brown.

In this engrossing memoir, Ophelia De Laine Gona, the daughter of Reverend De Laine, becomes the first to cite and credit adequately the forces responsible for filing Briggs. Based on De Laine's writings and papers, witness testimonies, and the author's personal knowledge, Gona's account fills a gap in civil rights history by providing a poignant insider's view of the events and personalities—including NAACP attorney Thurgood Marshall and federal district judge J. Waties Waring—central to this trailblazing case.

Though De Laine and the brave parents who filed Briggs v. Elliott initially lost their lawsuit in district court, the case grew in significance when the plaintiffs appealed the decision to the U.S. Supreme Court. Three years after the appeal, the Briggs case was one of the five lawsuits that shared the historic Brown decision. However, the ruling did not prevent De Laine and his family from suffering vicious reprisals from vindictive white citizens. In 1955, after he was shot at and his church was burned to the ground, De Laine prudently fled South Carolina in order to save his life. He died in exile in Charlotte, North Carolina, in 1974. Fifty years after the Supreme Court's decision, De Laine was awarded the Congressional Gold Medal in recognition of his role in reshaping the American educational landscape.

Those interested in justice, human rights, and leadership, as well as in the civil rights movement and South Carolina social history, will be fascinated by this inspiring tale of how one man's unassailable moral character, raw courage, and steely fortitude inspired a group of humble people to become instruments of change and set in motion a corrective force that revolutionized the laws and social practices of a nation.


Ophelia De Laine Gona, formerly a medical school professor, is retired from the University of Medicine and Dentistry of New Jersey. In addition to scientific publications, Gona's previous writings include articles about her father and the Briggs lawsuit.