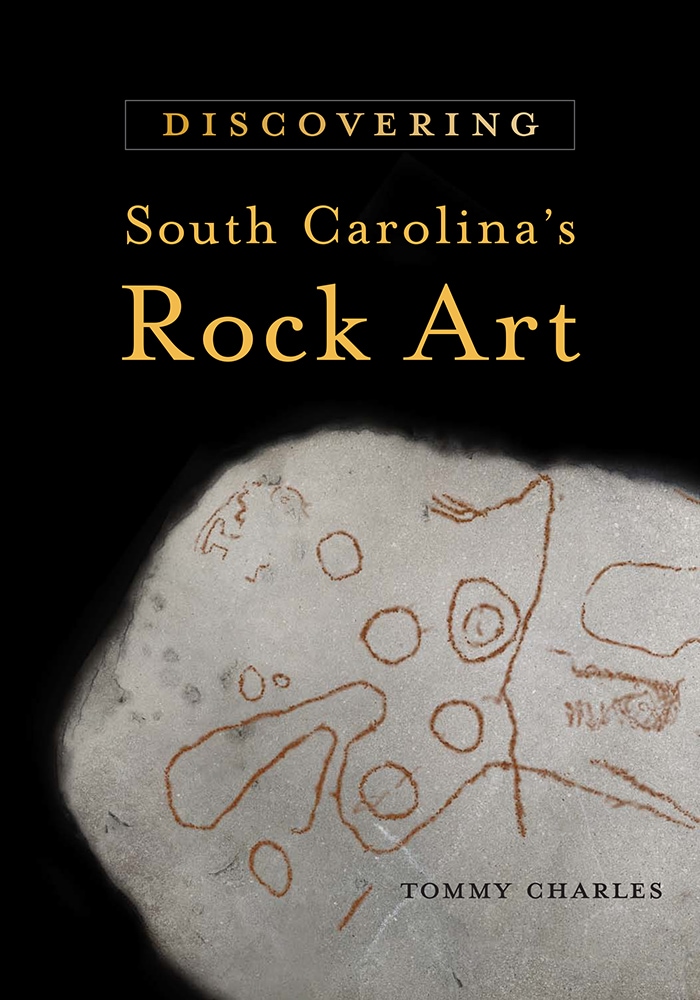 Although Native American rock art is common in the western United States and even at many sites east of the Mississippi, it was believed to be almost nonexistent in South Carolina until the 1980s, when several randomly discovered petroglyphs were reported in the upstate. These discoveries set in motion the first organized endeavor to identify and document these ancient examples of human expression in South Carolina. Over the ensuing years, and assisted by a host of volunteers and avocational collectors, Charles scoured the Piedmont and mountains of South Carolina in search of additional rock art. Frustrated by the inability to find these elusive artifacts, many of which are eroded almost beyond visibility, Charles began employing methods still considered unorthodox by current scientific standards for archaeological research to assist with his search and documentation.

Survey efforts led to the discovery of rock art created by Native Americans and Europeans. Of particular interest are the many circle-and-line petroglyphs the survey found in South Carolina. Seeking a reason for this repetitive symbol, Charles's investigation into these finds led to the discovery that similar motifs had been identified along the Appalachian Mountains from Alabama to New York, as well as in the American Southwest and Western Europe.

This engrossing account of the search for South Carolina's rock art brings awareness to the precarious state of these artifacts, threatened not only by natural attrition but also by human activities. Charles argues that, if left unprotected, rock art is ultimately doomed to exist only in our historical records.

"Time and nature have conspired to rob us of the bulk of pre-Columbian Native American art, much of which was rendered on perishable materials such as wood and cloth. Tommy Charles' systematic research has opened up a world where depictions of human figures and mysterious symbols dating back thousands of years still remain, etched and painted onto canvases of stone throughout the South Carolina uplands. His decades of clambering over outcrops and through rockshelters have culminated in a rock art survey that is unparalleled in scope in North America."—Charles R. Cobb, editor of Southeastern Archaeology and director of the South Carolina Institute of Archaeology and Anthropology, University of South Carolin

"Tommy Charles has made an outstanding and unique contribution to the archaeology of South Carolina and the greater Southeast in Discovering South Carolina's Rock Art. His research is methodical, scientific, and is presented in a highly readable style. This work fills a void in the archaeology of South Carolina, and addresses an important and often overlooked aspect of our cultural heritage. I sincerely hope that neighboring states will follow Charles' example. This is a fascinating work."—Max E. White, Anthropology, Piedmont College

"Since 1997, the South Carolina Rock Art Survey has recorded an enviously large sample of prehistoric and historic rock carvings and drawings. Given their near invisibility, this is a remarkable achievement. But it is no less remarkable than this book and its photos, its lucid descriptions of the art, and of how and where it was found, and its thoughtful discussions of methods and significance. Acid rain and development are causing this art to disappear. We can only hope that this pioneering record of what few have ever seen will inspire others to future discoveries."—Brian Siegel, Anthropology, Furman University