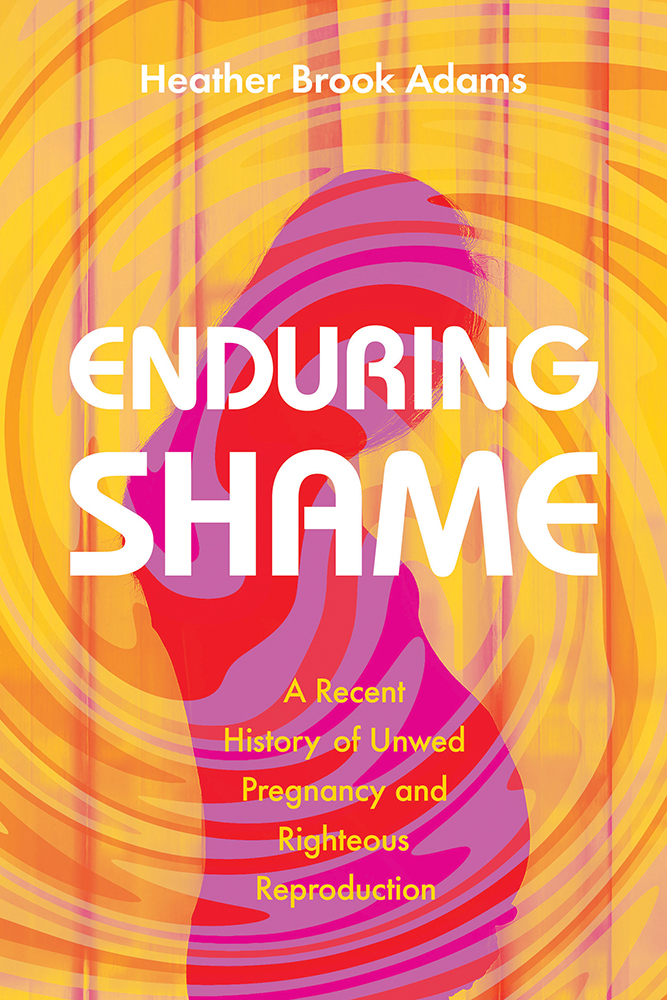 A Recent History of Unwed Pregnancy and Righteous Reproduction

It was not long ago that unmarried pregnant women in the United States hid in maternity homes and relinquished their "illegitimate" children to "more deserving" two-parent families—all in the name of keeping secret shameful pregnancies. Although times and practices have changed, reproductive politics remain a fraught topic and site of injustice, especially for poor women and women of color. Enduring Shame explores two volatile decades in American history—the 1960s and '70s—to trace how shame remained a dynamic and animating emotion in increasingly public interventions into unwed and teen pregnancy.

Heather Brook Adams makes a case for recasting this era not as a time of gaining reproductive rights for all but rather as a moment when communicative practices of shame and blame cultivated new forms of injustice. Drawing from personal interviews, archival documents, legal decisions, public policy, journalism, memoirs, and advocacy writing, Adams articulates the rhetorical power of shame to explain how the American public was persuaded to think about reproduction, sexual righteousness, and unwed pregnancy during a time of presumed progress.


Heather Brook Adams is an assistant professor of English and women's, gender, and sexuality studies at the University of North Carolina Greensboro.