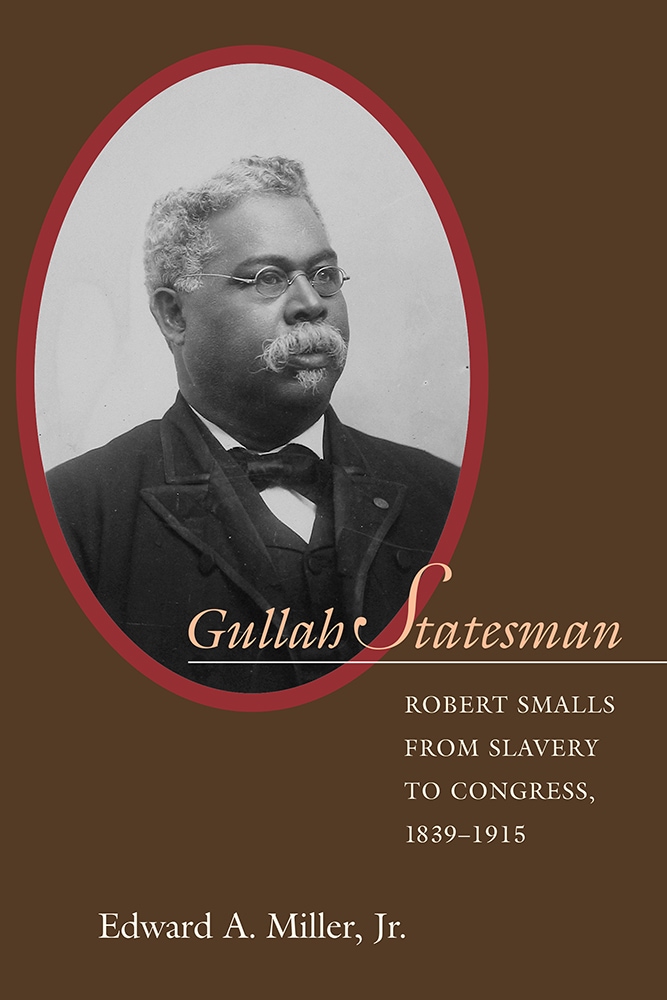 A native of Beaufort, South Carolina, Robert Smalls was born into slavery but—through acts of remarkable courage and determination—became the first African American hero of the Civil War and one of the most influential African American politicians in South Carolina history. In this largely political biography of Smalls's inspirational story, Edward A. Miller, Jr., traces the triumphs and setbacks of the celebrated U.S. congressman and advocate of compulsory, desegregated public education to illustrate how the life and contributions of this singular individual were indicative of the rise and fall of political influence for all African Americans during this rough transitional period in American history.

Edward A. Miller, Jr., received his B.A. in history from the Virginia Military Institute and his M.A. and Ph.D. degrees from the University of Denver. He taught military, modern Far East, and American history at the Air Force Academy, directed a Washington policy study organization, and held political appointments on Capitol Hill and at the Pentagon. His other books include The Black Civil War Soldiers of Illinois: The Story of the Twenty-ninth U.S. Colored Infantry and Lincoln's Abolitionist General: The Biography of David Hunter.

"In 1862 Robert Smalls and his slave crew commandeered the Confederate vessel Planter, sailed it from Charleston harbor, and delivered it to the Union blockade. He was subsequently appointed captain in the Union army and participated in military campaigns along the South Carolina coast. These military achievements were parlayed into post-Civil War leadership; Gullah Statesman traces Smalls's rise and decline as a South Carolina political leader. . . . This is a useful political biography revealing the rise and declension of political opportunity, not just for an individual but for an entire race."—Journal of American History

"Miller has marshaled an impressive array of primary sources. . . . It is unlikely that anyone will soon surpass this level of comprehensiveness."—American Historical Review

"The strength of Gullah Statesman is the author's attention to political detail. Miller provides valuable examination of the South Carolina political situation during Radical Reconstruction, Conservative Redemption, and Democratic Supremacy. . . . The book is a valuable contribution to the scholarship on blacks in the post-Reconstruction era."—H-Net Reviews