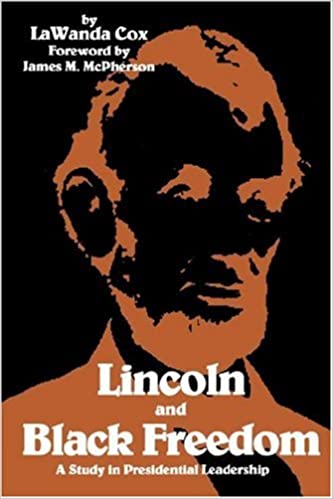 A Study in Presidential Leadership

In the midst of America's civil rights movement, historians questioned the widely-held belief that Abraham Lincoln was the "Great Emancipator." They pictured him as a white supremacist moved by political expediency to issue the Emacipation Proclamation. In Lincoln and Black Freedom LaWanda Cox, a leading Reconstruction historian, argues that Lincoln was a consistent friend of African-American freedom but a friend whose oblique leadership style often obscured the strength of his commitment. Cox reveals Lincoln's cautious rhetoric and policies as deliberate strategy to achieve his joint goals of union and emancipation, and she demonstrates that his wartime reconstruction efforts in Louisana moved beyond a limited concept of freedom for the former slaves.

Cox's final chapter explores the "limits of the possible," concluding that had Lincoln lived through his second term, the conflict between his successor and Congress could have been avoided and the postwar Reconstruction might have resulted in a more lasting measure of justice and equality for African Americans. Lincoln emerges from Cox's study as a masterful politician whose sure grasp of the nature of presidential leadership speaks not only to the difficulties of his age but also to the challenges of our own time.


La Wanda Cox is professor emerita of history at Hunter College and the Graduate Center of the City University of New York.

"The standard study of the most complicated, famous, and controversial chapter of Lincoln's life and leadership. No one who studies or admires Lincoln can afford to be without his landmark volume."—New York Governor Mario M. Cuomo

"Fascinating... There has never been a book quite like it."—American Historical Review

"A book whose analysis is as sharp and fresh as when it was first published. ... The best treatment I have read of how [emancipation and Union victory] became inextricably linked and how they triumphed under Lincoln's 'art of the possible' leadership where they might both have failed without such leadership."—James M. McPherson, from the Foreword