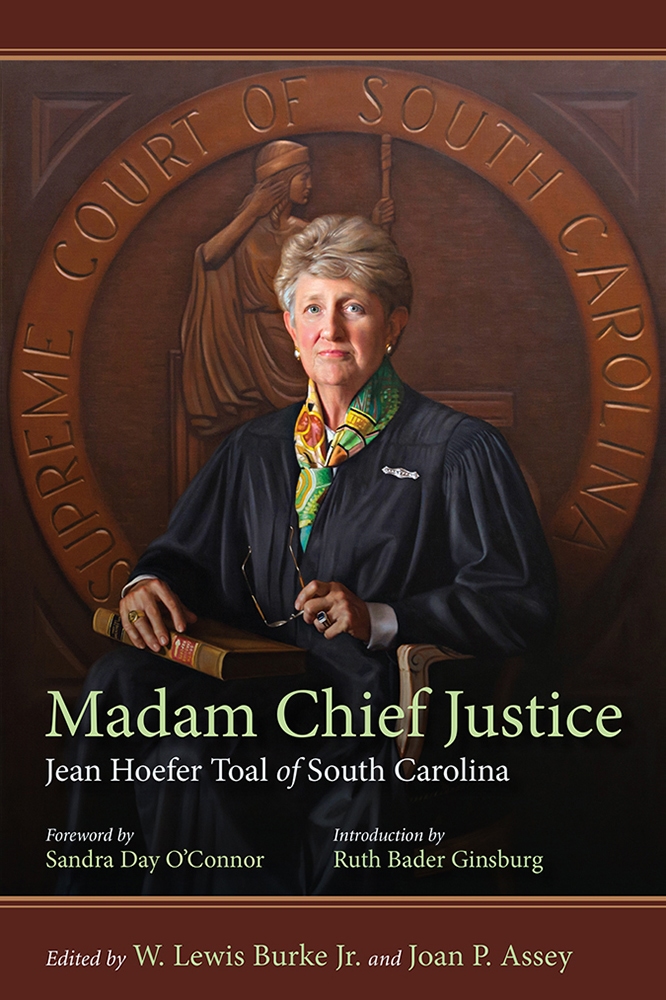 Growing up in Columbia during the 1950s and 60s, Jean Hoefer was a youthful witness to the civil rights movement in the state and nation. Observing the state's premier civil rights lawyer Matthew J. Perry Jr. in court encouraged her to attend law school, where she met her husband, Bill Toal. When she was admitted to the South Carolina Bar in 1968, fewer than one hundred women had been admitted in the state's history. From then forward she was both a leader and a role model. As a lawyer she excelled in trial and appellate work and won major victories on behalf of Native Americans and women. In 1975, Toal was elected to the South Carolina House of Representatives and despite her age and gender quickly became one of the most respected members of that body. During her fourteen years as a House member, Toal promoted major legislation on many issues including constitutional law, criminal law, utilities regulation, local government, state appropriations, workers compensation, and freedom of information.

In 1988, Toal was sworn in as the first female justice on the Supreme Court of South Carolina, where she made her mark through her preparation and insight. She was elected Chief Justice in 2000, becoming the first woman ever to hold the highest position in the state's judiciary. As Chief Justice, Toal not only modernized her court, but also the state's judicial system. As Toal's two daughters write in their chapter, the traits their mother brings to her professional life—exuberance, determination, and loyalty—are the same traits she demonstrates in her personal and family life. As a child, Toal loved roller skating in the lobby of the post office,a historic building that now serves as the Supreme Court of South Carolina. From a child in Columbia to Madam Chief Justice, her story comes full circle in this compelling account of her life and influence.

W. Lewis Burke Jr. is an emeritus professor of law at the University of South Carolina where he was chair of the Department of Clinical Legal Studies and taught clinics, alternative dispute resolution, trial advocacy, and South Carolina legal history. Before joining the law school faculty, he was a VISTA volunteer and a legal services attorney. Burke is the author and editor of five books and the author of numerous essays and articles on legal history. He resides on a farm in Saluda County.

Joan P. Assey is the director of technology for the South Carolina Judicial Department. Under Assey's leadership, South Carolina has been awarded $52 million in federal grants during the past ten years to use in developing technology for its court system. Previously she served as the technology adviser for education in the office of Governor James Hodges. Assey began her professional career as an educator in Richland County School District Two, where she taught middle and high school English. She lives in Columbia.

"Jean Toal translated her high school and college involvements in the 1960s desegregation movement into a lifelong pursuit of liberty and justice for all South Carolinians. Working shoulder to shoulder with her has provided me some unique and blessed experiences."—U.S. Congressman James E. Clyburn

"The editors have assembled eloquent voices to detail the trailblazing career of this remarkable South Carolina leader. Jean Toal's passion for the law as a lawyer, legislator, and judge paved the way for a modern South Carolina."—Harris Pastides, president, University of South Carolina

"Chief Justice Toal is one of South Carolina's most important women. A lifelong pro-life Democrat, she fits no Southern stereotype or political template."—Kathleen Parker, Pulitzer Prize-winning writer for the Washington Post

"Madam Chief Justice celebrates a towering and historic life. Jean Toal's wisdom, courage, and perseverance are captured masterfully in this book. It is a must-read for all who care for the rule of law and for the pioneers who have devoted their lives to its service."—Wallace B. Jefferson, Chief Justice, Supreme Court of Texas (ret.)

"Madam Chief Justice is a remarkable book chronicling a remarkable life. It captures in exquisite and elegant detail the trailblazing leadership of one of the seminal figures in the history of South Carolina. This volume is a scintillating story of the legal and political history of South Carolina of the last 50 years, a history that cannot be told without having as a centerpiece the life and times of the extraordinary and —incomparable Jean Hoefer Toal."—William Hubbard, Nelson Mullins Riley & Scarborough LLP

"This biography of Chief Justice Toal is not only informative and entertaining, it contains a rather definitive history of South Carolina during the period of her public life."—Alex Sanders, president emeritus, College of Charleston

"This comprehensive presentation of the life and career of Chief Justice Toal details her impact on modern government, the court system, and the legal profession. As women in South Carolina have achieved positions of leadership as federal judges, Supreme Court justices, and trial judges at every level, we know that we all stand on the shoulders of Jean Hoefer Toal."—Michele Childs, U.S. District Court Judge