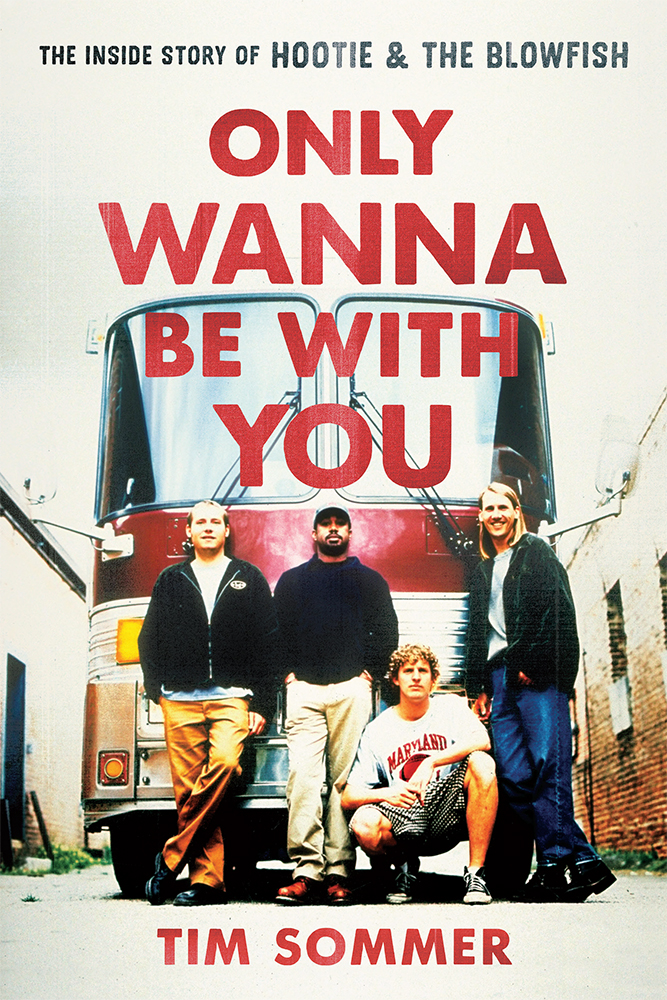 Only Wanna Be with You

The Inside Story of Hootie & the Blowfish

Experience the exclusive, behind-the-scenes story of one of the biggest bands of the nineties

In 1985, Mark Bryan heard Darius Rucker singing in a dorm shower at the University of South Carolina and asked him to form a band. For the next eight years, Hootie & the Blowfish—completed by bassist Dean Felber and drummer Soni Sonefeld—played every frat house, roadhouse, and rock club in the mid-Atlantic and Southeast, becoming one of the biggest independent acts in the region.

In Only Wanna Be with You, Tim Sommer, the ultimate insider who signed Hootie to Atlantic Records, pulls back the curtain on a band that defied record-industry odds to break into the mainstream by playing hacky sack music in the age of grunge. He chronicles the band's indie days; the chart-topping success—and near-cancelation—of their major-label debut, cracked rear view; the year of Hootie (1995) when the album reached no. 1, the "Only Wanna Be with You" music video collaboration with ESPN's SportsCenter became a sensation, and the band inspired a plotline on the TV show Friends; the lean years from the late 1990s through the early 2000s; Darius Rucker's history-making rise in country music; and one of the most remarkable comeback stories of the century. Featuring extensive new interviews with the band members, some of their most famous fans, and stories from the recording studio, tour bus, and golf course, this book is essential reading for Hootie lovers and music buffs.

Tim Sommer, a widely published music journalist, has enjoyed stints as an Atlantic Records A&R representative and an MTV and VH1 news VJ and producer.

"Only Wanna Be with You details ... the ultimate comeback story."—The State

"This book isn't just the best thing ever written about Hootie & the Blowfish, although it is. It may well be the best thing ever written about an American rock band, period. Tim Sommer writes beautifully, and knowingly, about music, friendship, money, stardom, the whole rock enterprise; in these pages, almost miraculously, he captures a dream."—Matthew Goodman, best-selling author of Eighty Days and The City Game

"Tim Sommer's Only Wanna Be with You tells the story of Hootie & the Blowfish's rise in amazing, hilarious detail while also serving as requiem for an era when the record business had more money than sense. Whether you're a fan or not, you'll root for him and them. Essential."—David Menconi, author of Ryan Adams: Losering, A Story of Whiskeytown

"Set against the emerging alt-rock scene on the mid Atlantic coast, Only Wanna Be with You is the engaging story of musicians who only wanted to play together. Tim Sommer is the perfect storyteller to chronicle Hootie & the Blowfish's rise—and the bond that exists between them to this day."—Mark Goodman, original MTV VJ, co-host of SiriusXM Debatable and co-host of the I Want My 80s podcast

"As the A&R rep who signed Hootie & the Blowfish to their Atlantic deal and then fought behind the scenes to ensure the release of cracked rear view, Tim Sommer offers a unique perspective on the band's narrative. Sommer's lively account demonstrates how Hootie's nine-years-in-the-making "overnight success" was equally unlikely and inevitable."—Dean Budnick, co-author of Suck and Blow with Blues Traveler's John Popper

"Tim Sommer's writing style is breezy and enjoyable. . . . Only Wanna Be with You reads like you're sitting at a really nice Oyster bar somewhere in Virginia, listening to a well-traveled and enthusiastic journeyman tell the story of one of the best-selling bands of all time."—Rock and Roll Globe

"This book not only lovingly details the story of one of the most remarkable bands in American music, but also provides a refreshingly candid insider's look at the music industry of the nineties."—Jersey Beat