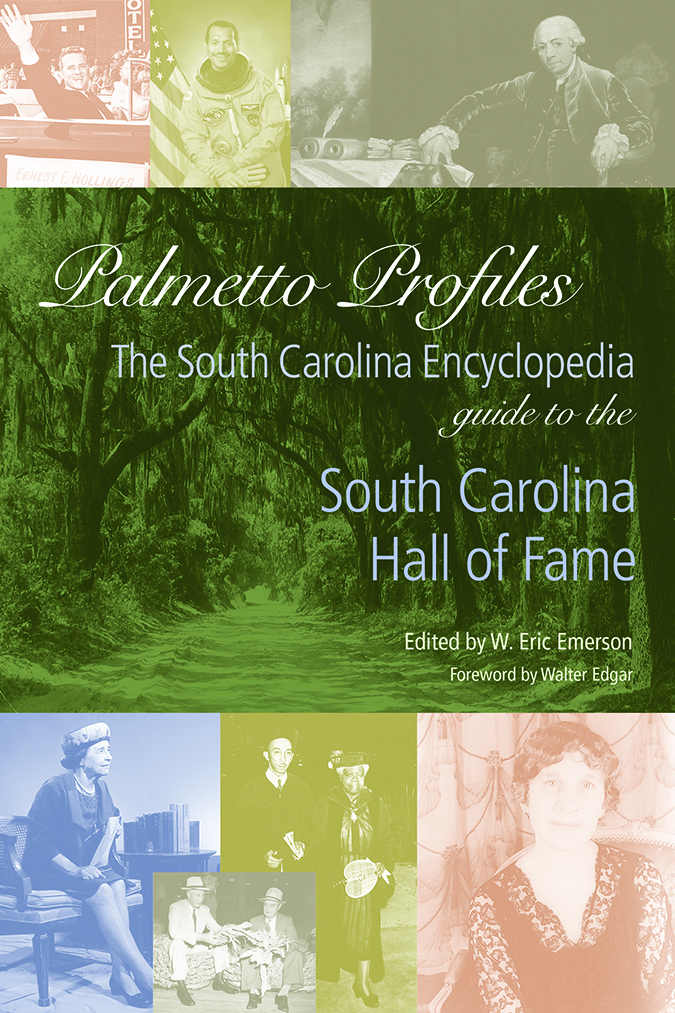 edited by W. Eric Emerson
foreword by Walter B. Edgar

Palmetto Profiles documents the lives and accomplishments of the inductees of the South Carolina Hall of Fame during its first forty years. As Governor John C. West predicted in his dedication speech, the Hall of Fame has indeed become a "vital and integral part of the history and culture of South Carolina." Nearly ninety citizens have been inducted since Apollo 16 astronaut Colonel Charles Duke, Jr., became the first honoree in 1973. Each year one contemporary and one deceased individual is recognized by the hall for outstanding contributions to South Carolina's heritage and progress.

"Palmetto Profiles, like the Hall of Fame itself, serves as a tangible link to South Carolina's past to the benefits of residents, visitors, and students alike."—Bob Edmonds, Author

"In its first forty years, the South Carolina Hall of Fame has established itself as an inspiring celebration of some of our state's most exemplary citizens. It is my honor to be counted among them. The Hall of Fame, and now this handsome guidebook to the Hall's inductees, teaches us the value of high ideals, impassioned leadership, and the power of the individual citizen who decides to make a difference. I hope Palmetto Profiles emboldens future generations to take the lead and help make South Carolina a place that honors its history while striving for a better, brighter future."—The Honorable Richard W. Riley, former U.S. secretary of education and former South Carolina governor