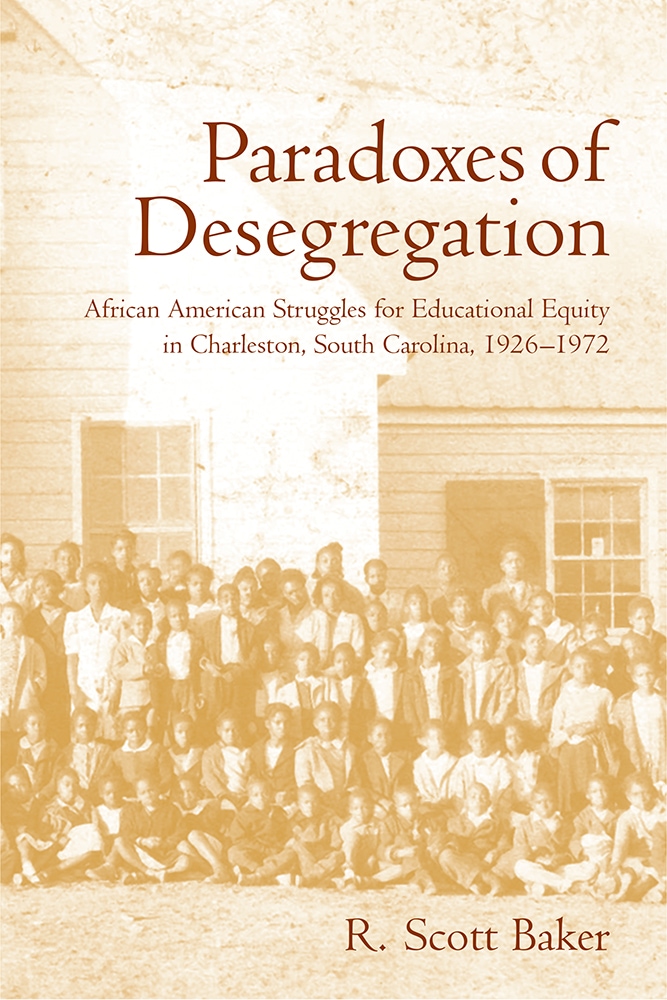 In this provocative appraisal of desegregation in South Carolina, R. Scott Baker contends that half a century after the Brown decision we still know surprisingly little about the new system of public education that replaced segregated caste arrangements in the South. Much has been written about the most dramatic battles for black access to southern schools, but Baker examines the rational and durable evasions that authorities institutionalized in response to African American demands for educational opportunity.

A case study of southern evasions, Paradoxes of Desegregation documents the new educational order that grew out of decades of conflict between African American civil rights activists and South Carolina's political leadership. During the 1940s, Baker shows, a combination of black activism on a local level and NAACP litigation forced state officials to increase funding for black education. This early phase of the struggle in turn accelerated the development of institutions that cultivated a new generation of grass roots leaders.

Baker demonstrates that white resistance to integration did not commence or crystallize after Brown. Instead, beginning in the 1940s, authorities in South Carolina institutionalized an exclusionary system of standardized testing that, according to Baker, exploited African Americans' educational disadvantages, limited access to white schools, and confined black South Carolinians to separate institutions. As massive resistance to desegregation collapsed in the late 1950s, officials in other southern states followed South Carolina's lead, adopting testing policies that continue to govern the region's educational system.

Paradoxes of Desegregation brings much needed historical perspective to contemporary debates about the landmark federal education law, No Child Left Behind. Baker analyzes decades of historical evidence related to high-stakes testing and concludes that desegregation, while a triumph for advantaged blacks, has paradoxically been a tragedy for most African Americans.

"Paradoxes of Desegregation brings fresh insight to the struggle that unfolded around education in South Carolina, demonstrating its formative role in shaping the possibilities and limitations of the civil rights movement in the Palmetto State. Scott Baker offers a textured analyses of the African American challenge to unequal schools and the parallel efforts of white policymakers to resist and contain black access to public education. At the heart of the book is a compelling account of a movement that grew from the aspirations of black communities against the backdrop of major shifts in the social, economic, and political landscape of South Carolina and the nation from the Depression to the mid-1970s. This is a history that explains much about what changed, what failed to change, and why. It is a stunning achievement."—Patricia Sullivan, author of Days of Hope: Race and Democracy in the New Deal Era and editor of Freedom Writer: Virginia Foster Durr, Letters from the Civil Rights Years

"R. Scott Baker's case study of desegregation of public education in Charleston gives much needed support to the reality of white supremacy as institutional, long-lived and not always masked in hoods. This is especially important in the twenty-first century as attempts are made to minimize discussion of the extent to which power holders will and did go to resist change."—Millicent Ellison Brown, associate professor of history, North Carolina A&T State University