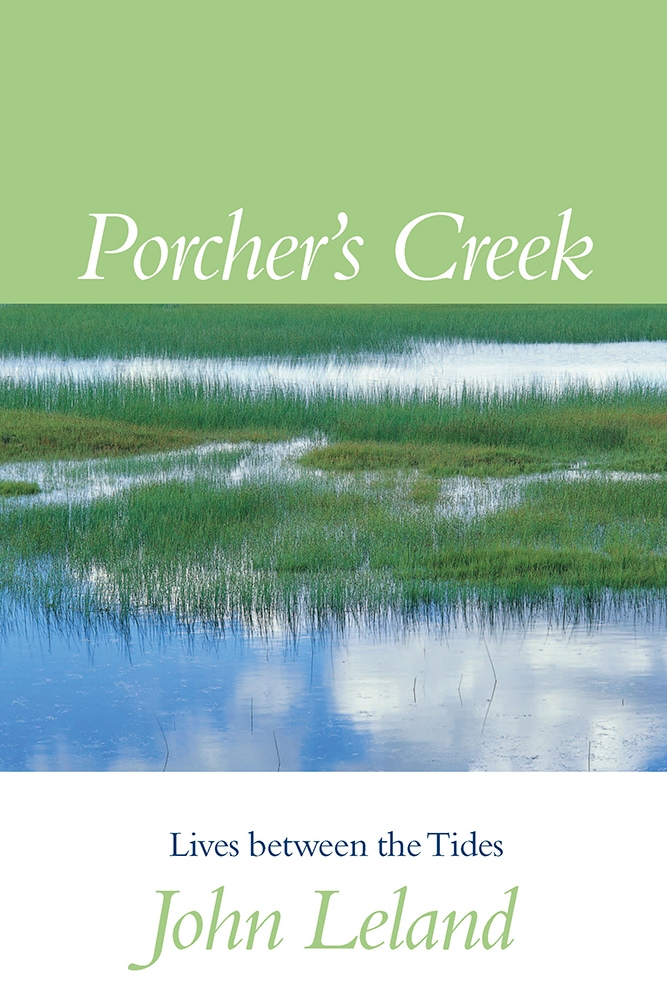 Lives between the Tides

A thanksgiving and lament for life on the South Carolina coast

"Columbus knew no greater thrill than I, a ten-year-old discovering new creeks and branches and islands and mainland hideaways ....I resolved to make my living as an explorer and said so in school when we were all asked what we planned to do upon our growing up."

John Leland lived a Huckleberry Finn sort of boyhood that most children would envy. A fifth-generation lowcountry native, he grew up fishing, swimming, and hunting arrowheads on a tidal creek just north of Charleston, South Carolina. With admirable freedom, he poled his bateau through the maze of oyster banks and the tangle of salt waterways known as Porcher's Creek. He spent years learning where the conchs congregated, where the clams kept secret rendezvous, and which hole hid the sweetest crabs. He became a naturalist by studying heron, frogs, and porpoises. Leland's existence was so intertwined with Porcher's Creek that he lived, slept, and ate by its tides and seasons—until exiled by family misfortune and suburban encroachment.

Leland combines nature writing and reminiscence with a heartfelt examination of change along the South Carolina coast. He celebrates Porcher's Creek as a watery refuge that links him to his childhood and ancestry, weaving together his family's story with that of the creek. He chronicles both the geographic dispersal of his family and the abandonment of traditional lowcountry ways of life.

Leland takes his readers back to a time not so long ago, before golf courses, concrete, and speedboats transformed Porcher's Creek. With eloquence and humor, he dissects the life histories of its creatures—fiddler crabs, alligators, marsh hens, and more—and threads through the narrative of his own life history. On the surface a nature-lover's elegy, Porcher's Creek is in fact Leland's treatise on mankind's ambiguous place in the natural world.


John Leland grew up outside Charleston, South Carolina. A graduate of the University of North Carolina at Chapel Hill, he teaches English at the Virginia Military Institute in Lexington. Leland lives with his wife and children in Rockbridge Baths, Virginia.

"This exemplary memoir shares, informs, enlightens, and enchants, leaving one with an enriched appreciation for history, both human and natural, in the liminal zone of a classic Southern locale."—Virginia Quarterly Review